Good morning!
I emptied a corner with two stacks of boxes... 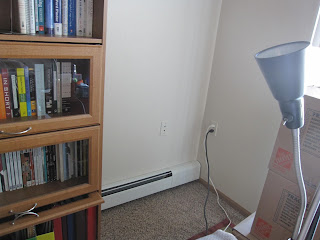 ...that filled the two bookcases in the living room. 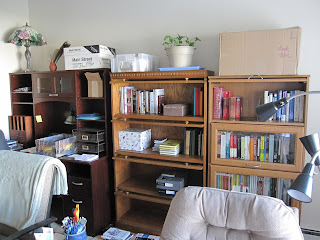 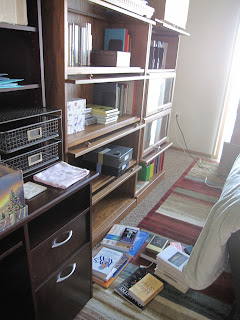 Karma caught up on her sleep all weekend when it was just the two of us.  Here she's scratching her face on the corner of a box that holds one of Ian's trucks. 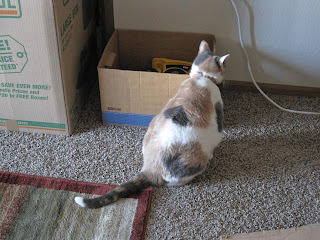 Karma could care less about boxes or living out of a suitcase...just wants it to be quiet with no company--LOL!  I finished the bookcases over the weekend. 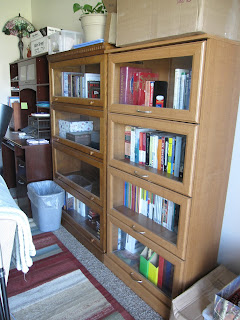 I have an issue with the rug placement, though.  We thought the desk was going to be on the other end next to the window, but it fit better up by the kitchen. 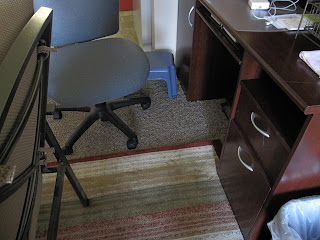 Terrible placement for the edge of the rug.  The desk chair hits it all the time.  So, as annoying as it will be, the rug needs to be moved up closer to the kitchen... 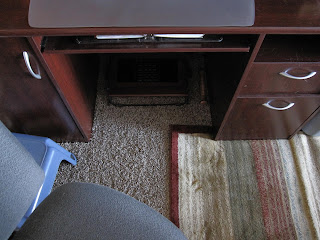 ...and farther away from the sliding glass door. 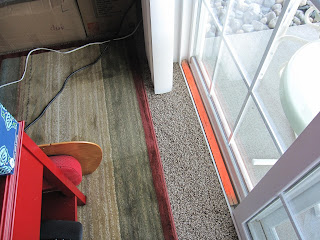 We can't do that until we have more of the mountain of boxes emptied in the kitchen... 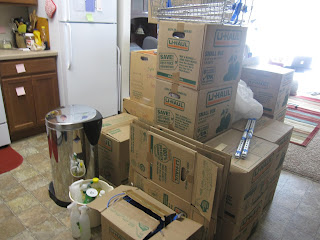 ...so there's a place to put the living room furniture in order to move the rug--LOL!  Sound familiar?  Yes, I have a lot of stuff.  ;) 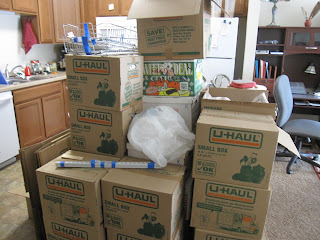 Leah was here last night and made quite a dent in box mountain.  We're starting to put things away in the kitchen and the pantry, too. 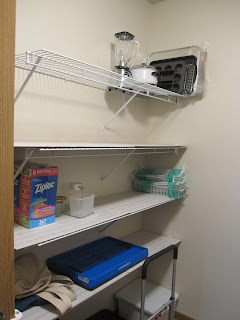 I even remembered a shot of my trusty red thermal cup for T-Stands For Tuesday.  Hi, Ladies! 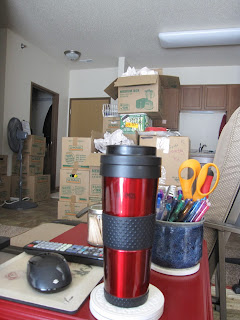 I thought it was appropriate for it to have the box mountain as a backdrop--LOL!
****
Cute picture of Ian stolen from an auntie's Facebook when he was visiting in Henning, Minnesota. 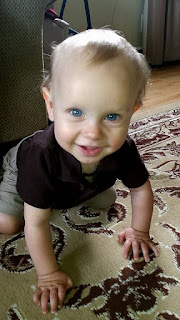