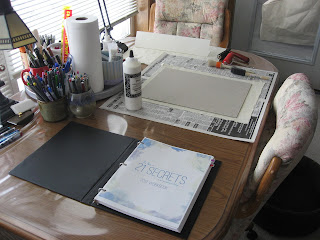 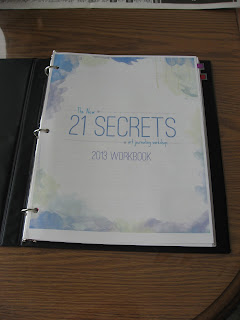 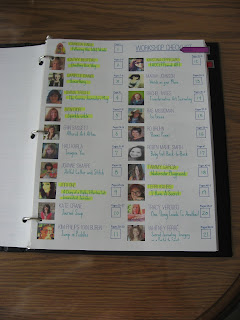 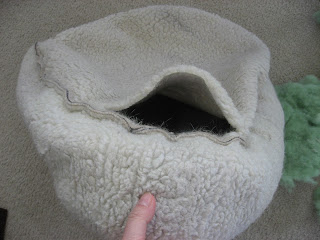 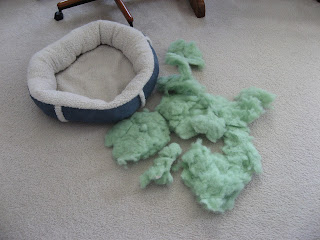 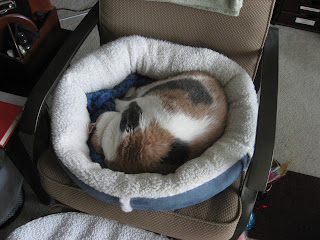 princess and the pea, indeed! too cute!

The Les Miserables novel is a huge literary work (like War and Peace) and there isn't anyway to do it justice in a couple hours.

Can the Karma bed be re-stuffed with new stuffing?

Poor Karma transformed to Happy Karma! I've never seen Les Miserables, but I intend to see it on DVD. You weren't the only person who wasn't blown away by it. I read a number of criticisms that said it's not that great. Okay -- you used the word confession and now I'm off on a tangent. A sister and I once went to see a show of items to be auctioned off at an auction house. There, among all the other interesting stuff, was a confessional. I assume it came from an old Catholic church. I suggested to my sister that she put it in the entryway to her house and let people come in and confess to her. Wouldn't that be fun? You will have mail later this week.

I'm so glad you've rectified poor Miss Karma's sleeping situation. You know kitties need to have no lumps in order to sleep well. She looks so cute snuggled up in her bed!

I don't watch many films, most of them don't really appeal to me. But I know now where to come for a critique.

I can't even think of one I have enjoyed recently. My brain must be getting old:)
There are some old classics I love, but I'd bore you senseless with my list. So I won't!
Hope you have a good week. The secrets workshop sounds really great!
Xx

I'm glad Karma is comfortable now. I wonder how she feels about being such an Internet star... ;)

Well, Karma is a princess, but those sure were big peas! lol Where did you get the details for this class you are taking? waving hi from the hills of North Carolina ♥

Who could blame Karma with lumps like that? She sure looks happy now, though. I LOVED Django but expected that I would hate it. I also loved Les Mis, but I wasn't comparing it to other versions, which is why I think I loved it so much. :-)

Good job with the kitty bed!

Poor Karma with a lumpy bed..so glad you fixed it for her! I tried..repeat tried to watch Les M at my daughters..boring..I fell asleep..seemed to be kind of a mean movie...at least the parts I saw. Not a feel good movie at all.
I watched Cold Mountain Sunday during the snowstorm..bloody but entertaining.
You have been a busy gal! :)

I'm glad you figured out how to fix Karma's bed. She looks all comfy again.

Sounds like you're having a great time with those workshops. :)

I bought "Les Miserables". I haven't watched it yet because I haven't had the time to sit and watch it uninterrupted, but I plan to soon.

Have a great week.

I love all versions of Les Mis b/c I just love the plot, the sacrifice that's shown in so many of the characters. I did love Liam Neeson's version. I did not know there was an earlier version. That story will be told over and over, every 10 years or so. It's a classic.
from The Dugout

I have one of those cat beds too but never have to worry about lumps, it is for my parrot and he pulls all the stuffing out himself!! I have to say that lumps are not nice and I can understand Karma not being happy.
Have a great week.
Von.