I know.  I am not usually up this early.  Been a whole week since we've chatted, so grab a cuppa.  ;)
****
Woke up at 4:30am and could not get back to sleep so I finally gave up.  Up before dawn for once.  Was a misty morning with a low blue cloud bank.  So humid that the windows were wet with condensation.  (Probably why I was so sore I couldn't sleep.) 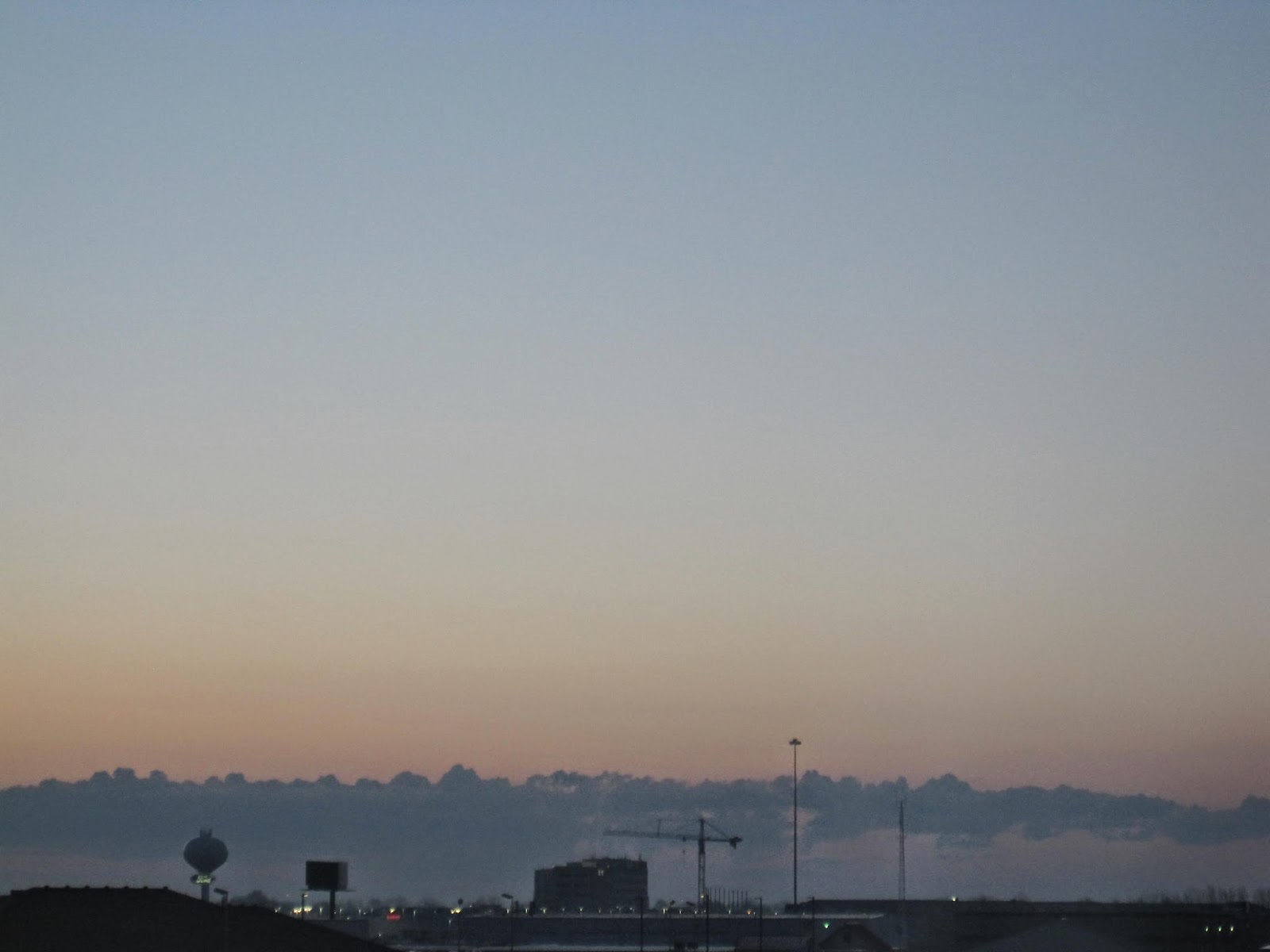 Then the sun rose and has been dissipating the low fog. 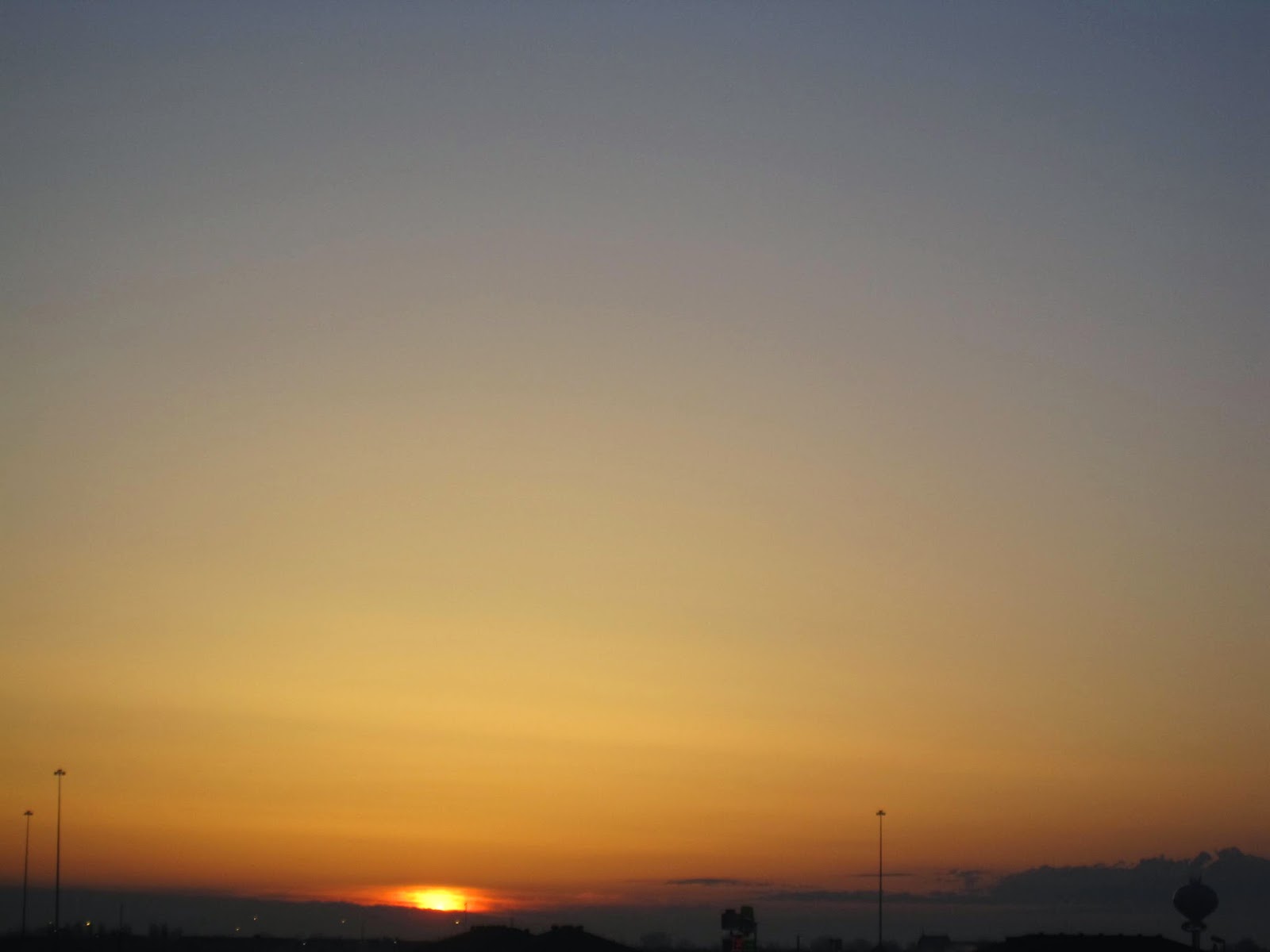 We've had some beautiful days this past week with lots of interesting clouds against blue skies... 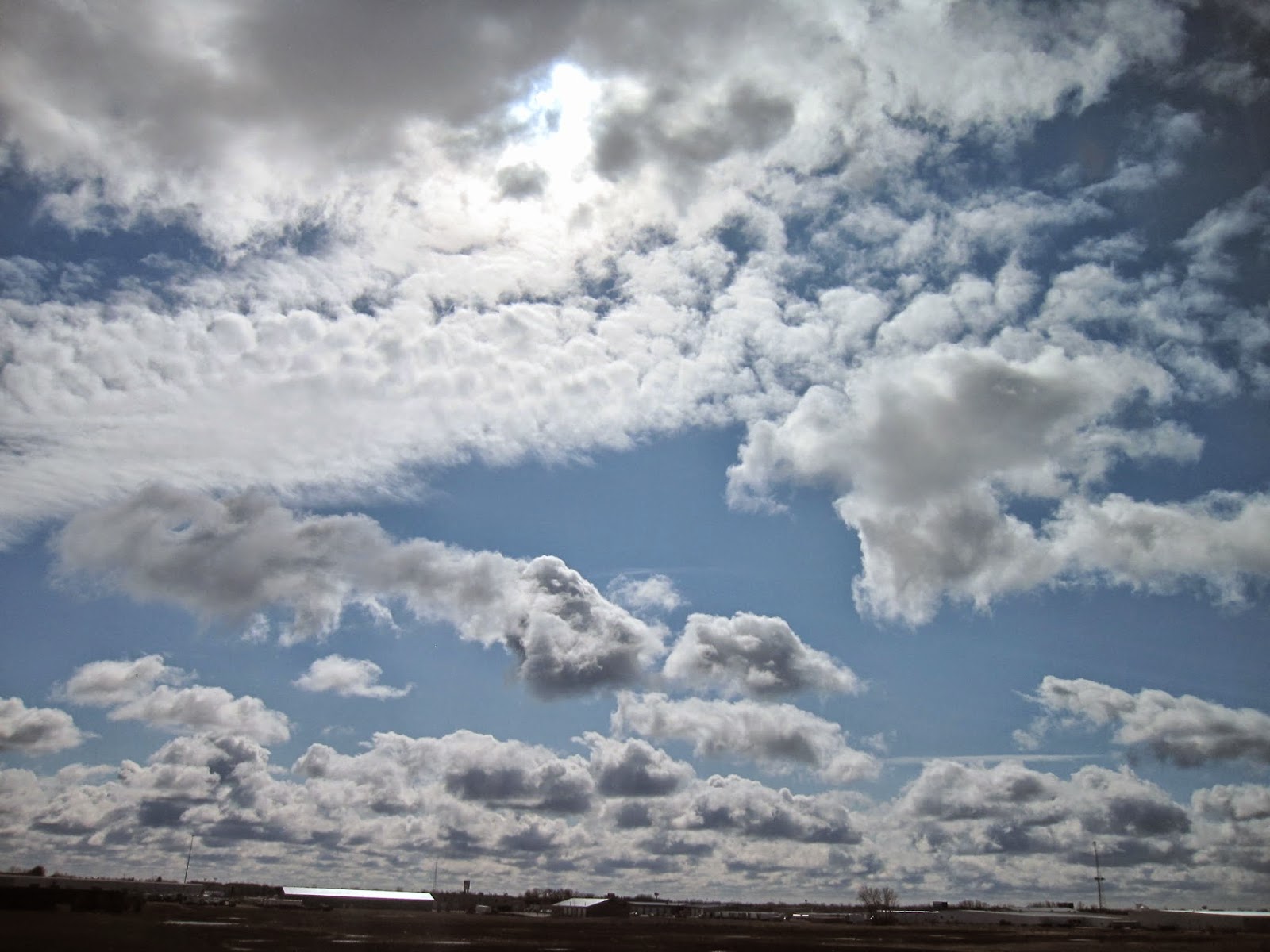 ...blanketed skies and even thunderstorms. 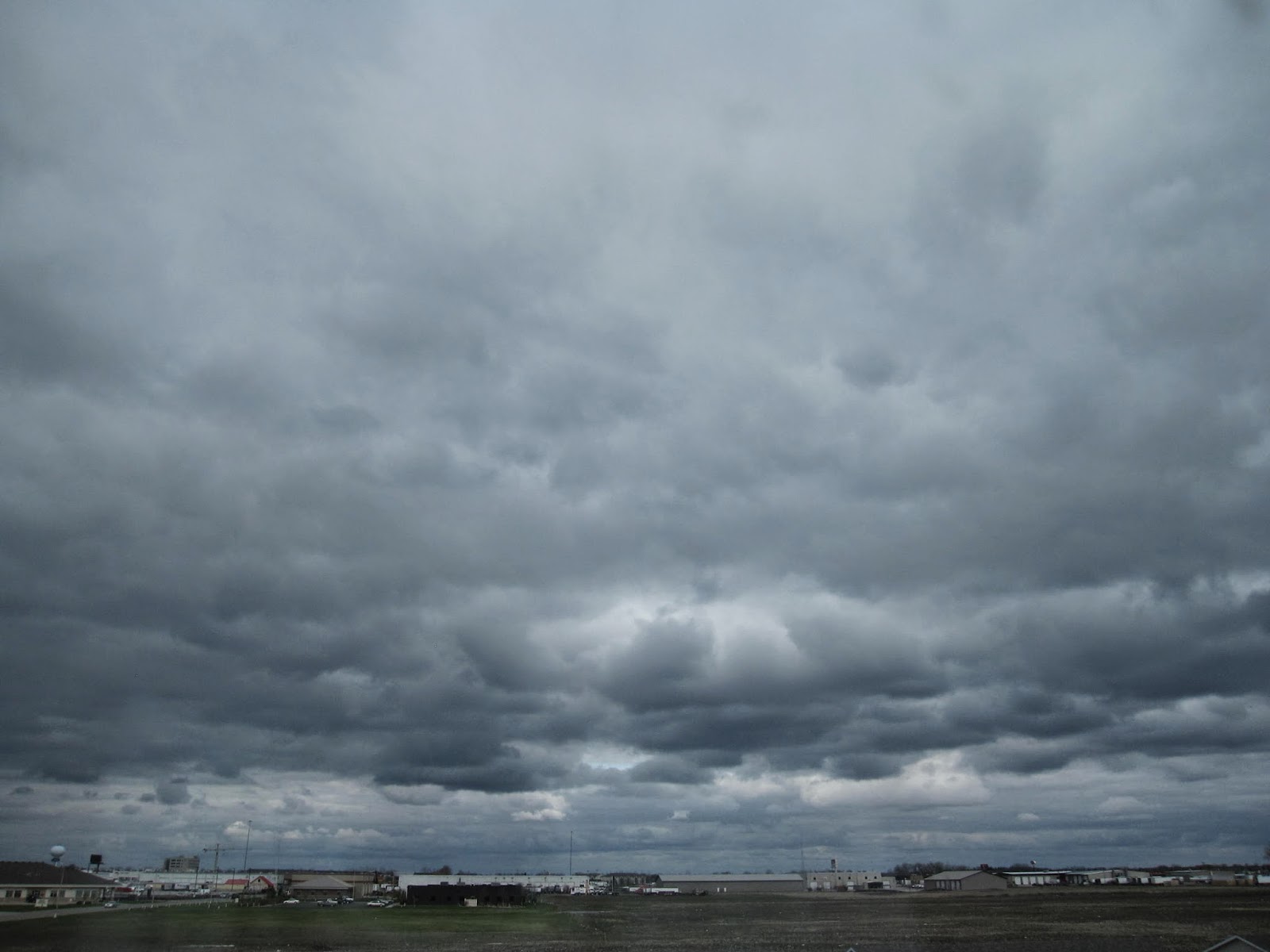 We've had clouds racing across the sky... 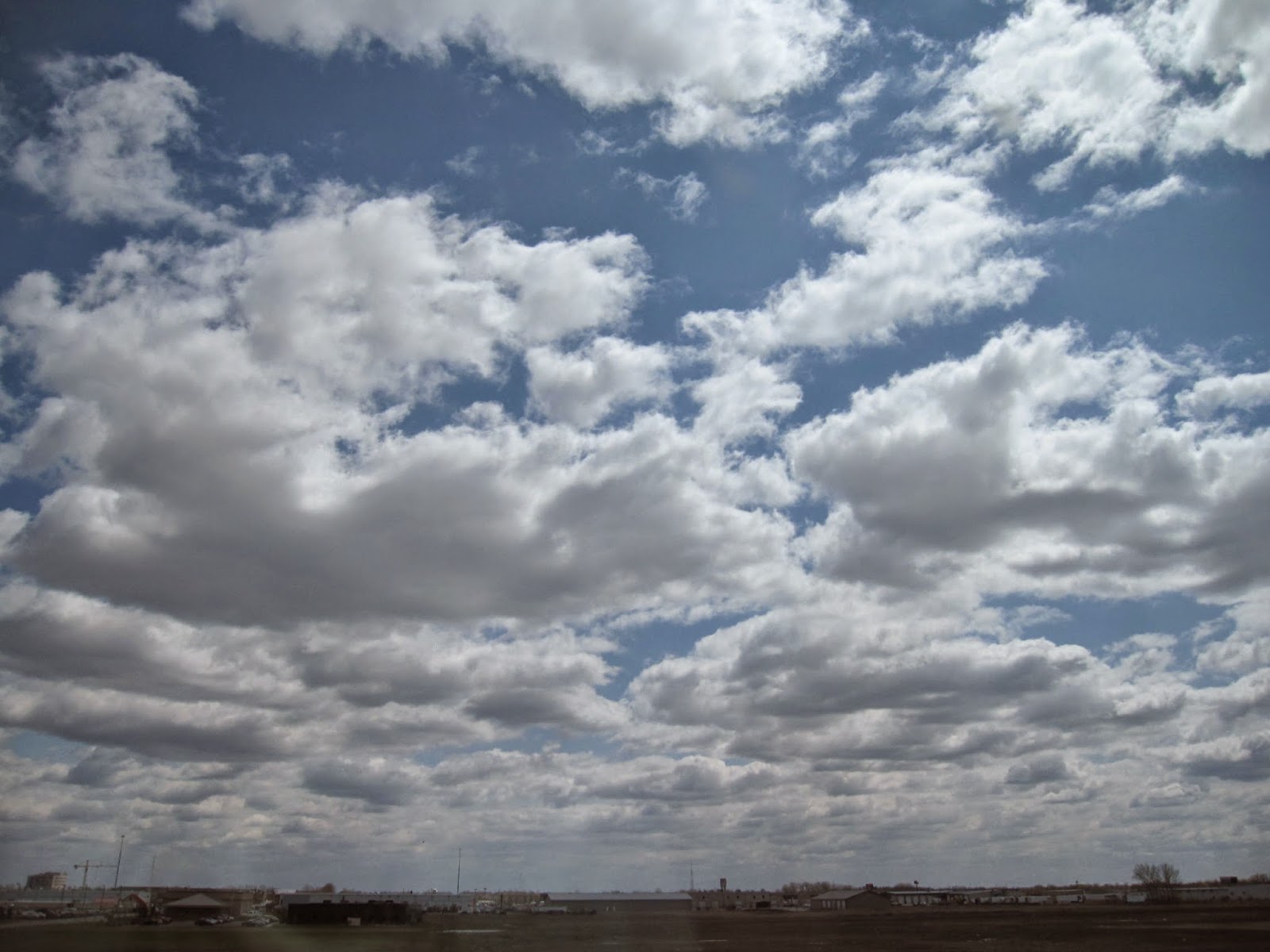 ...and a mix of wispy and fluffy clouds meandering. 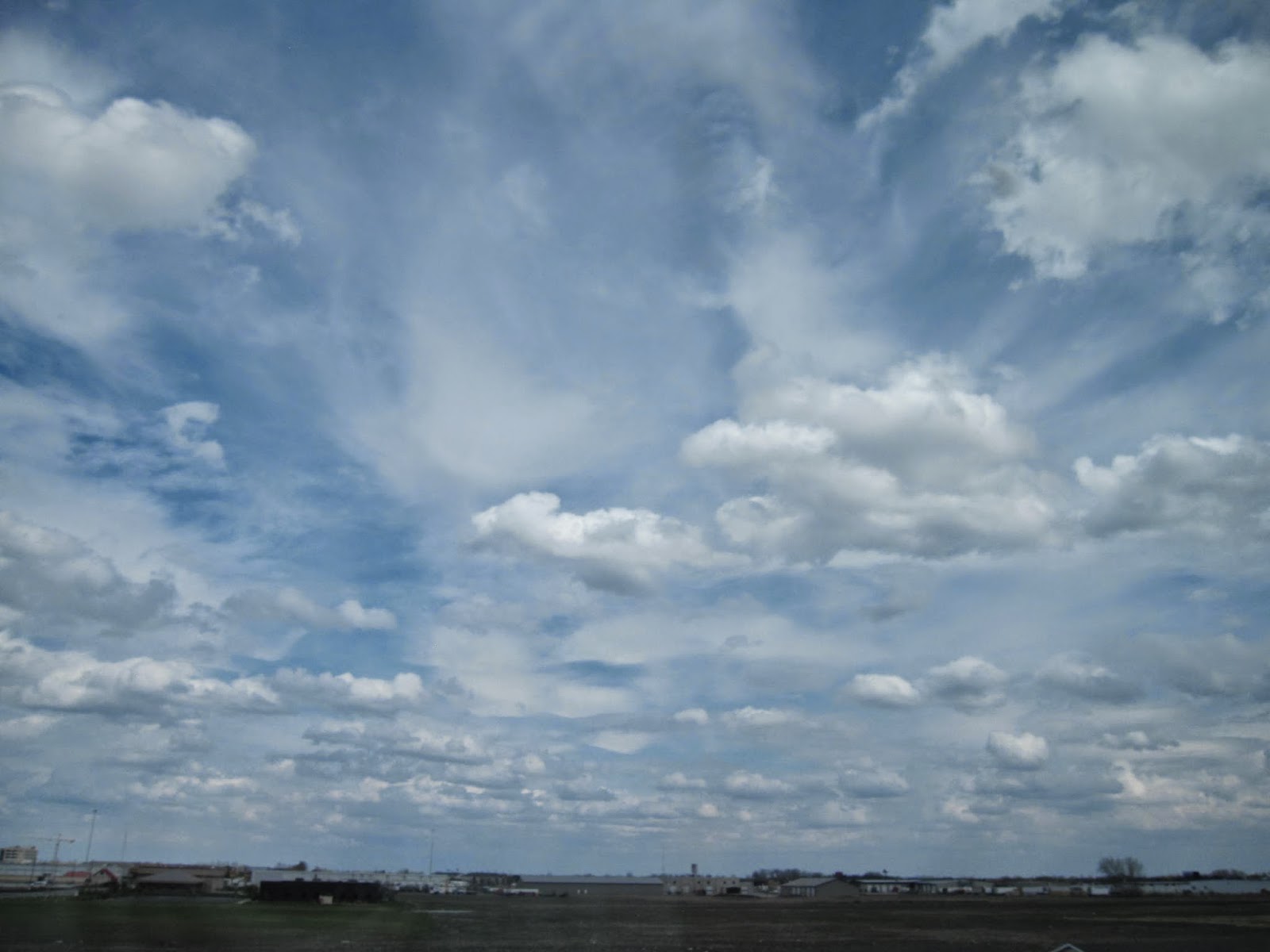 The swallows are joyously dipping and soaring.  They take such delight in a windy day and keep Miss Karma entertained. 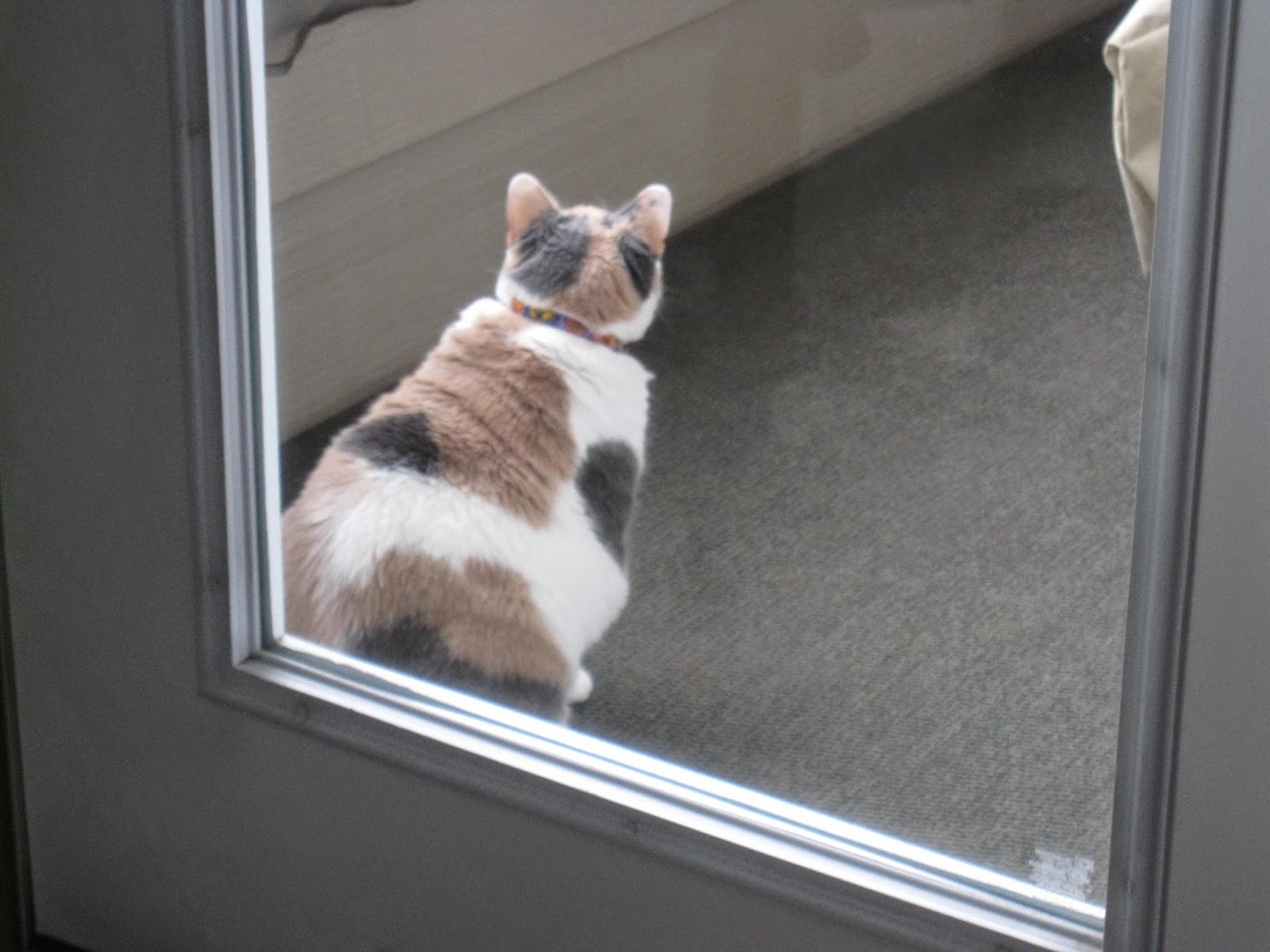 When Twinkle-Toes is not sleeping, of course. 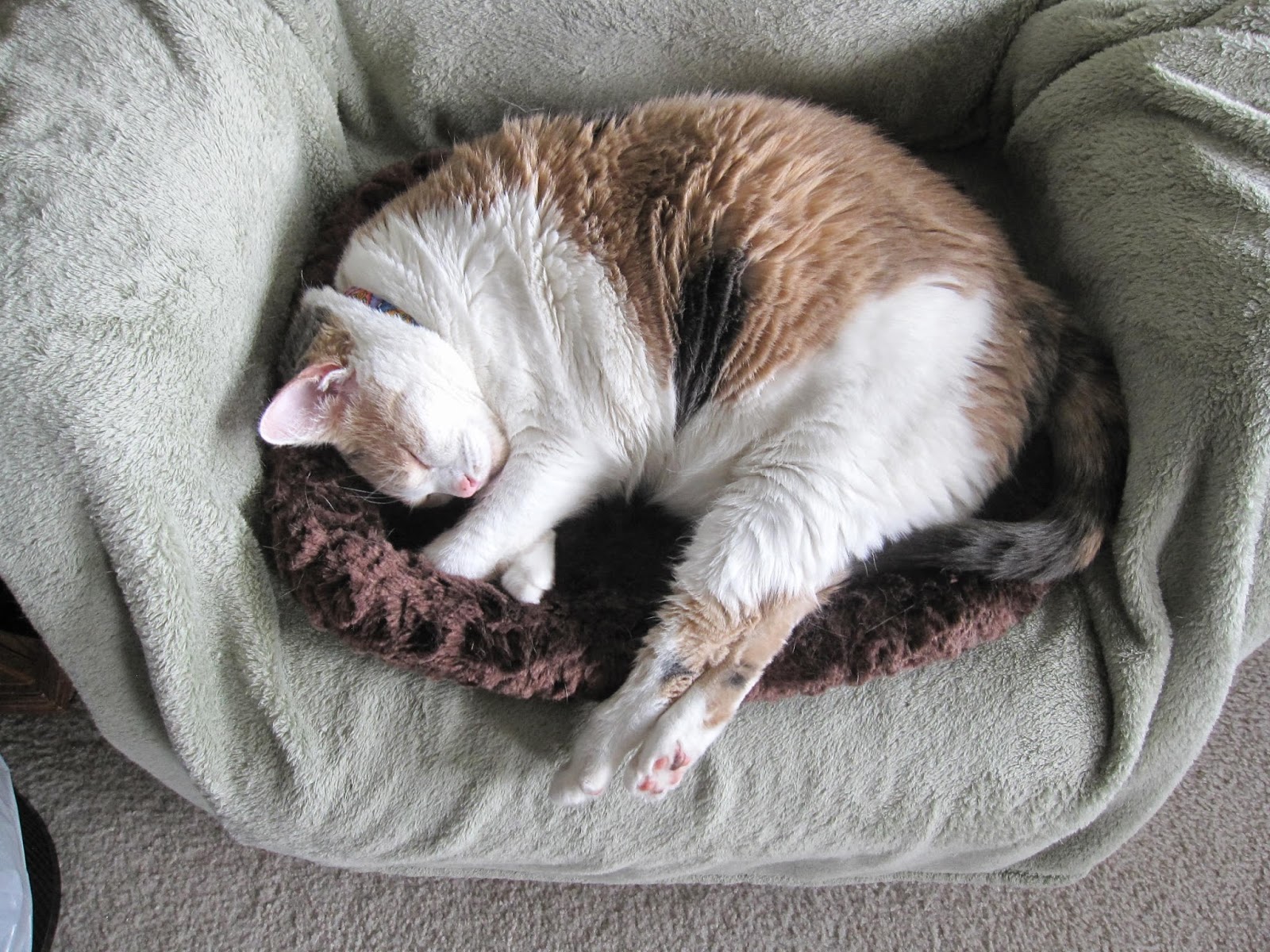 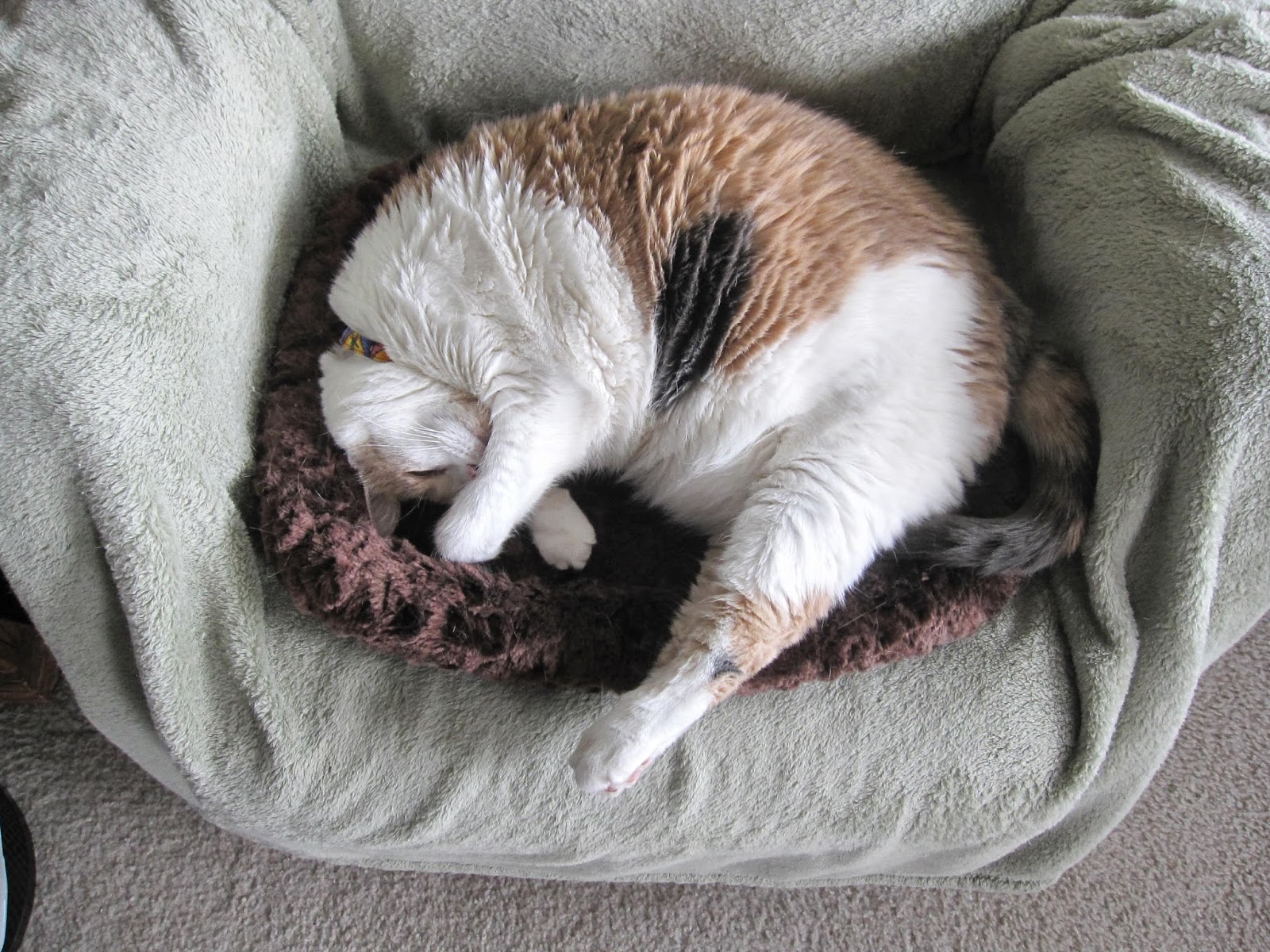 The sun hits different spots during the warmer months.  Karma's been catching rays inside... 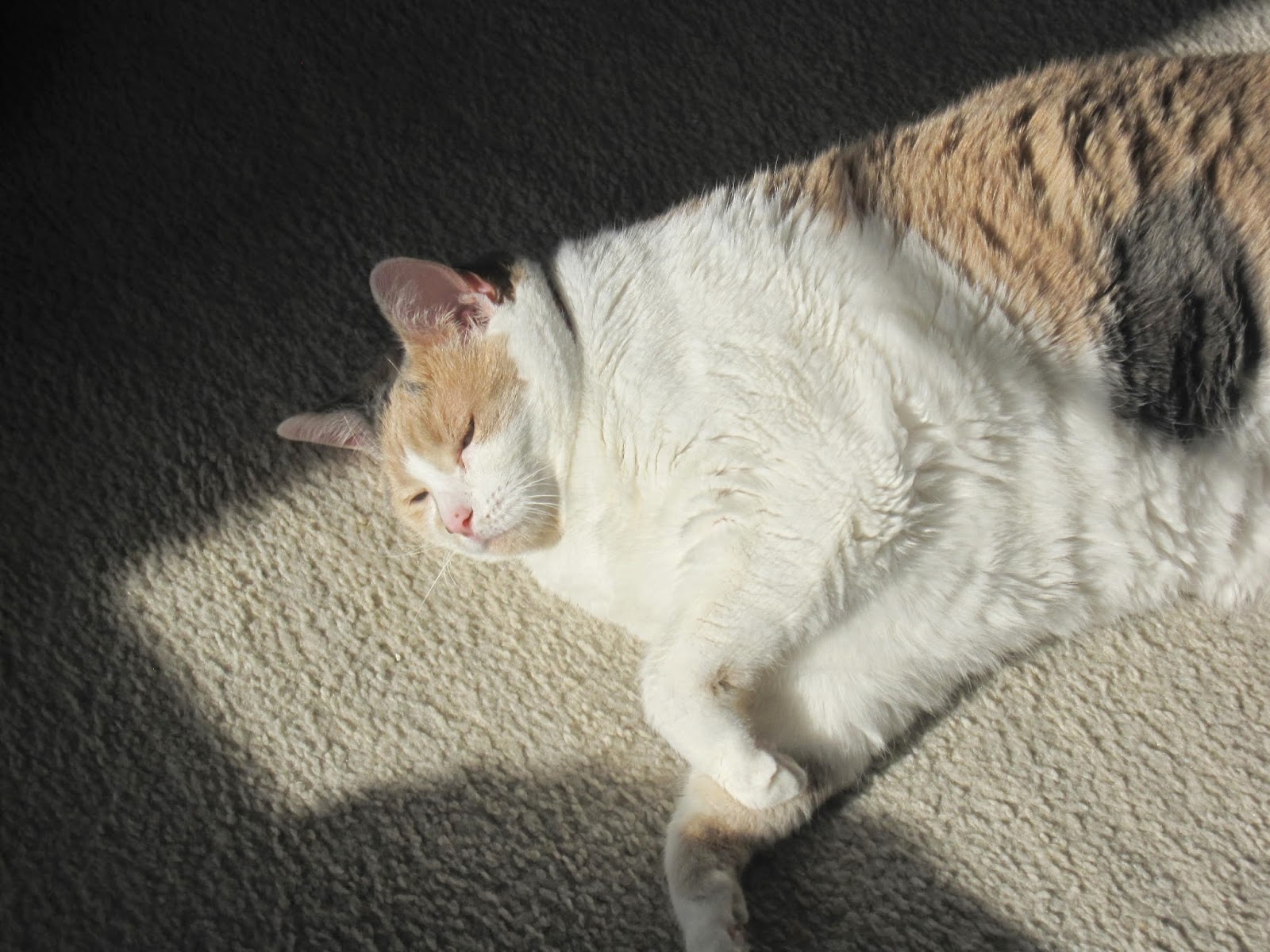 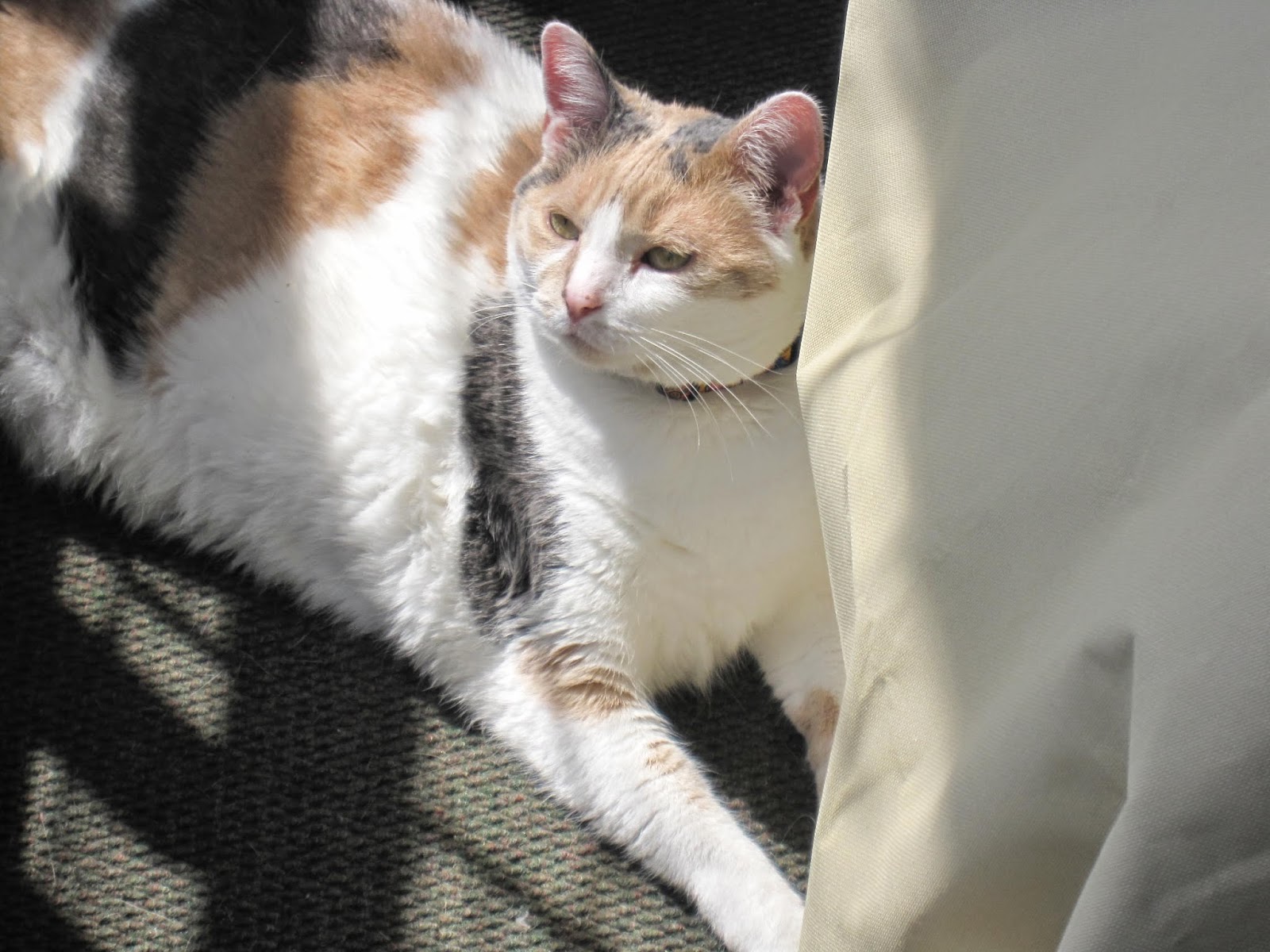 And stealing my spot on the porch chair as soon as I pack up my book and go inside. 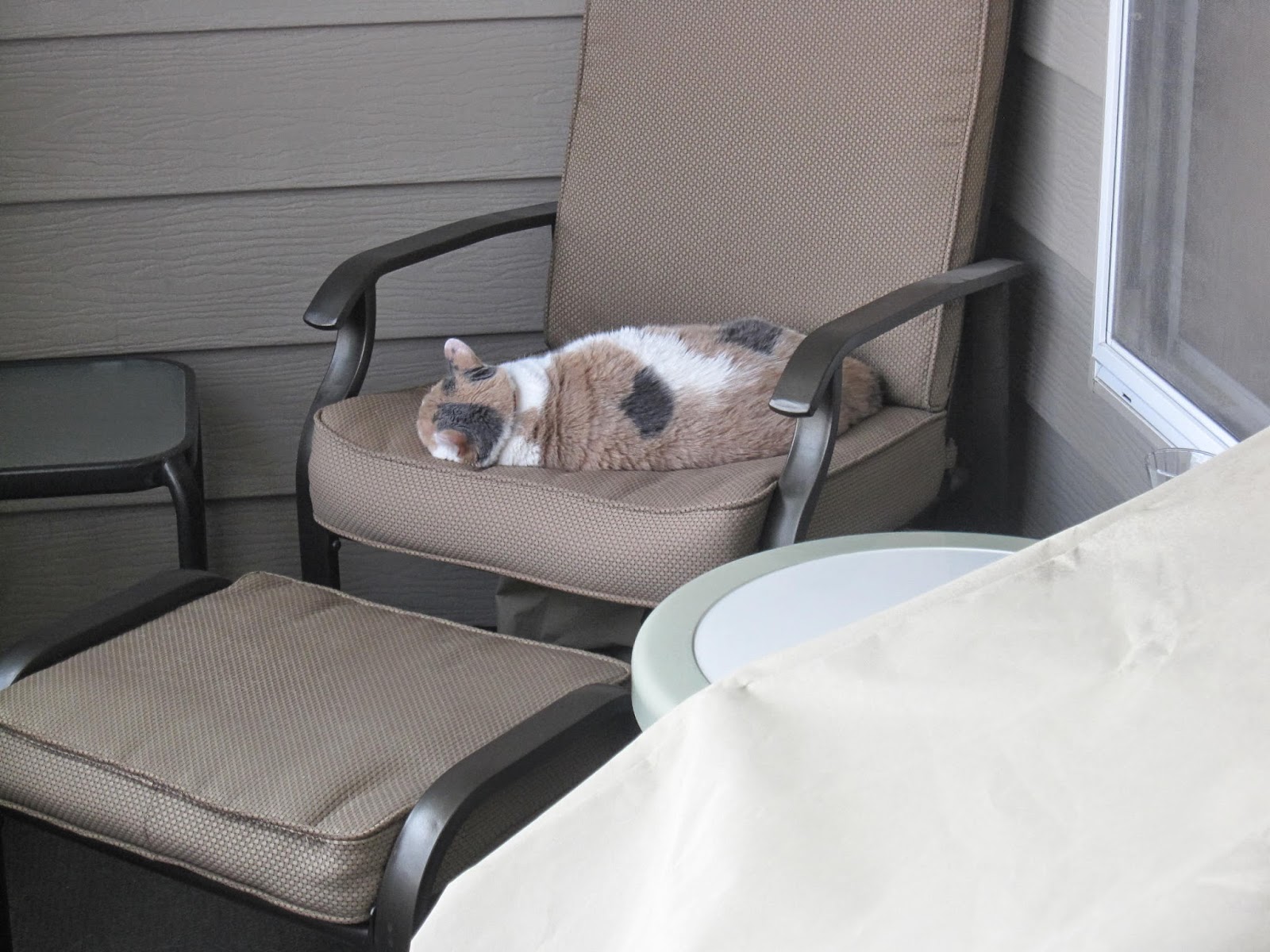 No art again this week.  *sigh*  This diet has literally taken over my life!  Although in this picture I was doing morning journaling and letter writing. 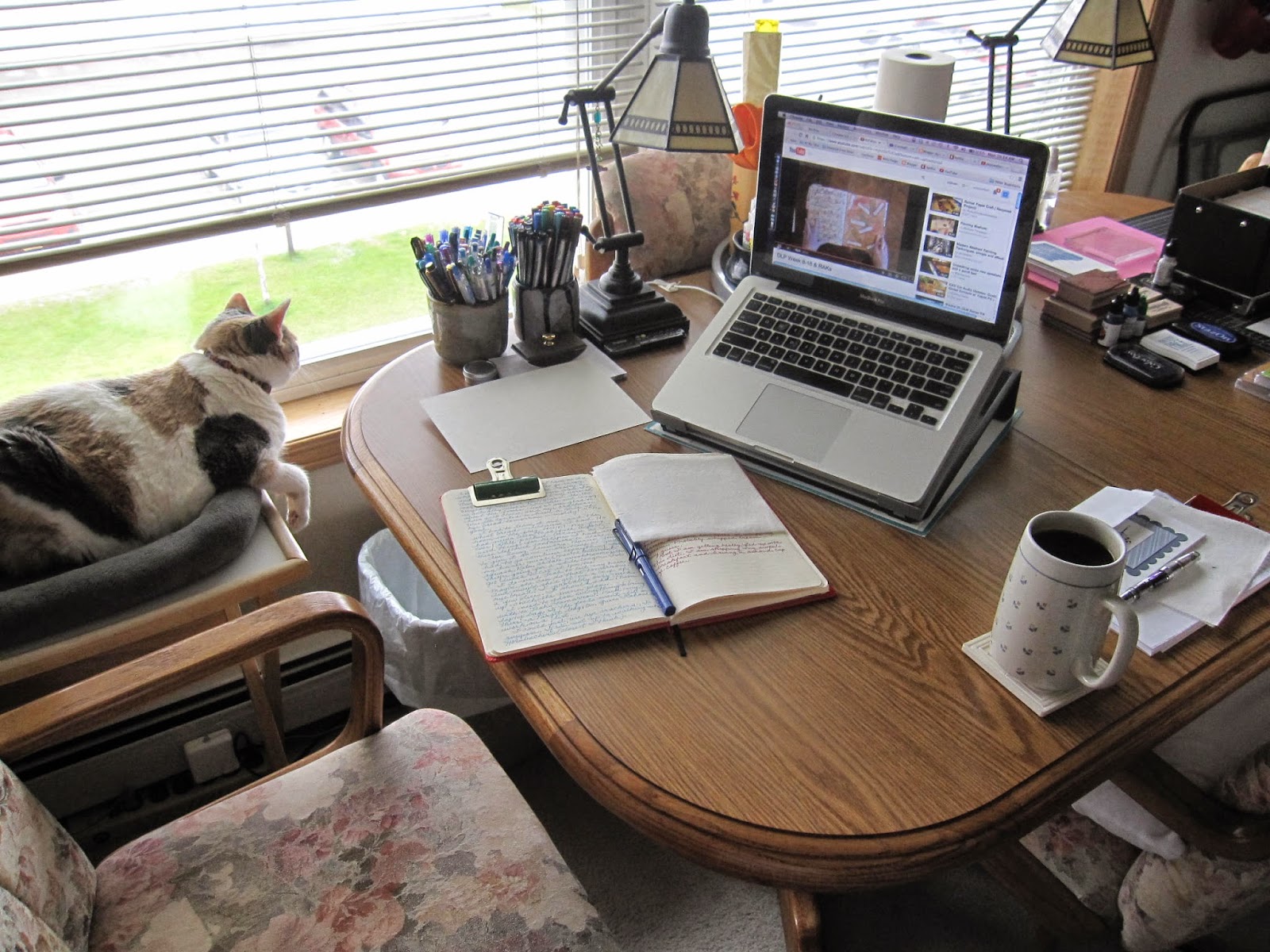 On the 4th day I could have one cup of coffee in the mornings.  So, for all of you over at Elizabeth's at T-Stands For Tuesday, I got out my favorite big old mug (pre-thermal mug days) and this has been my companion every morning.  I can't use the thermal mug because it takes too long to drink--LOL!  I have way to much water to drink every day in short periods of time and coffee doesn't count in your water total. 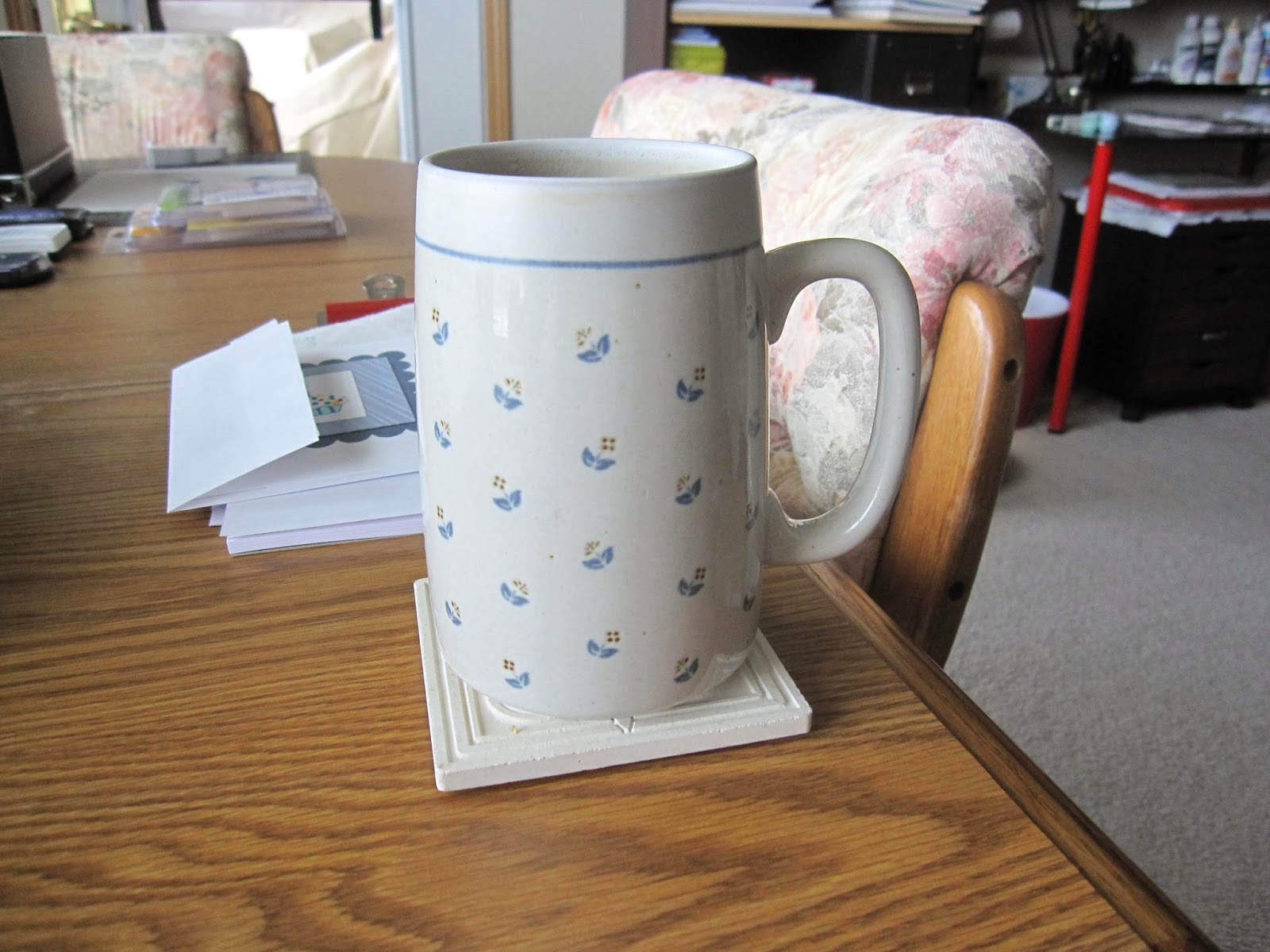 But tea does.  So I have been getting out my few old mugs I haven't used for years for cups of tea. 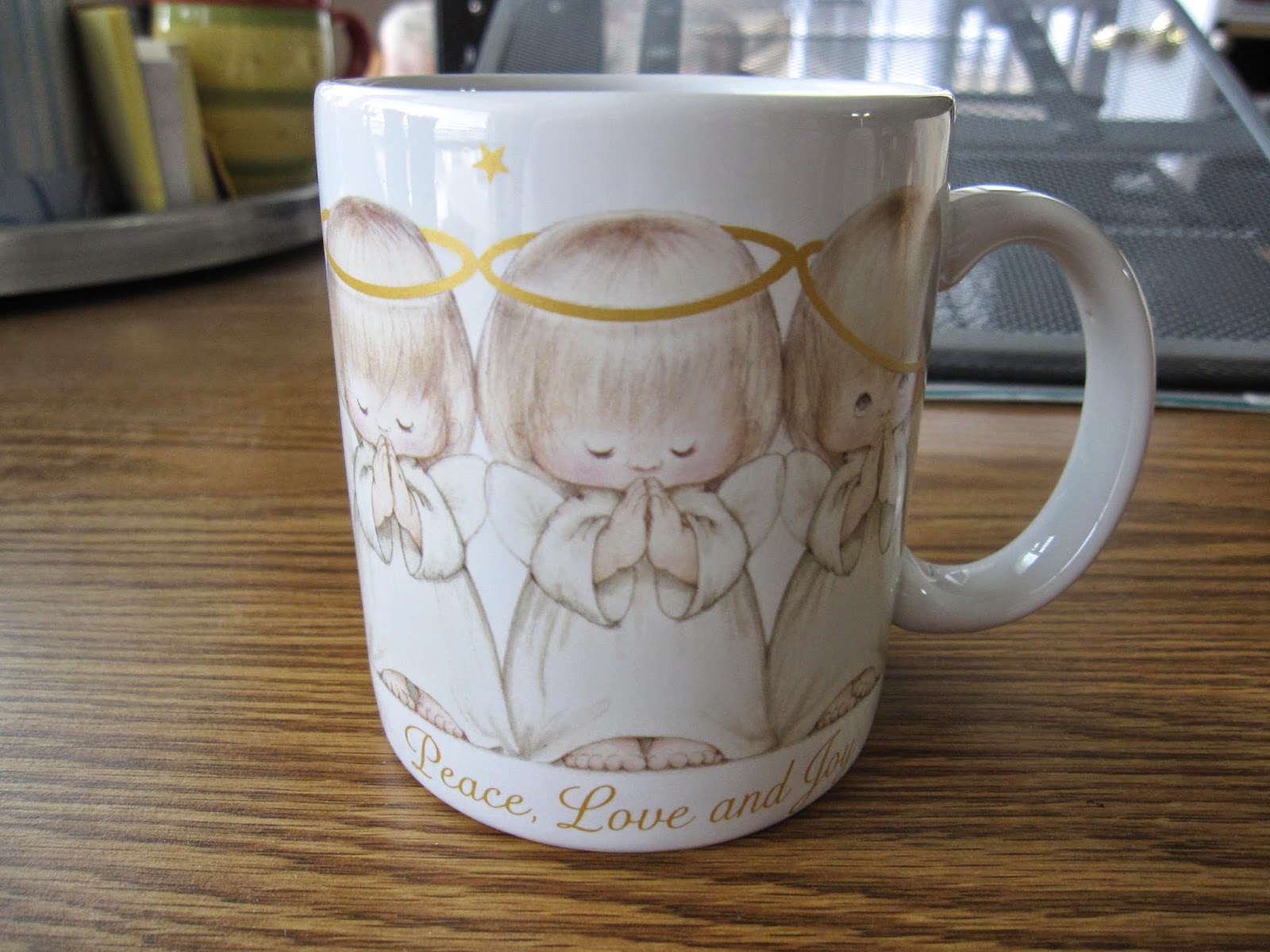 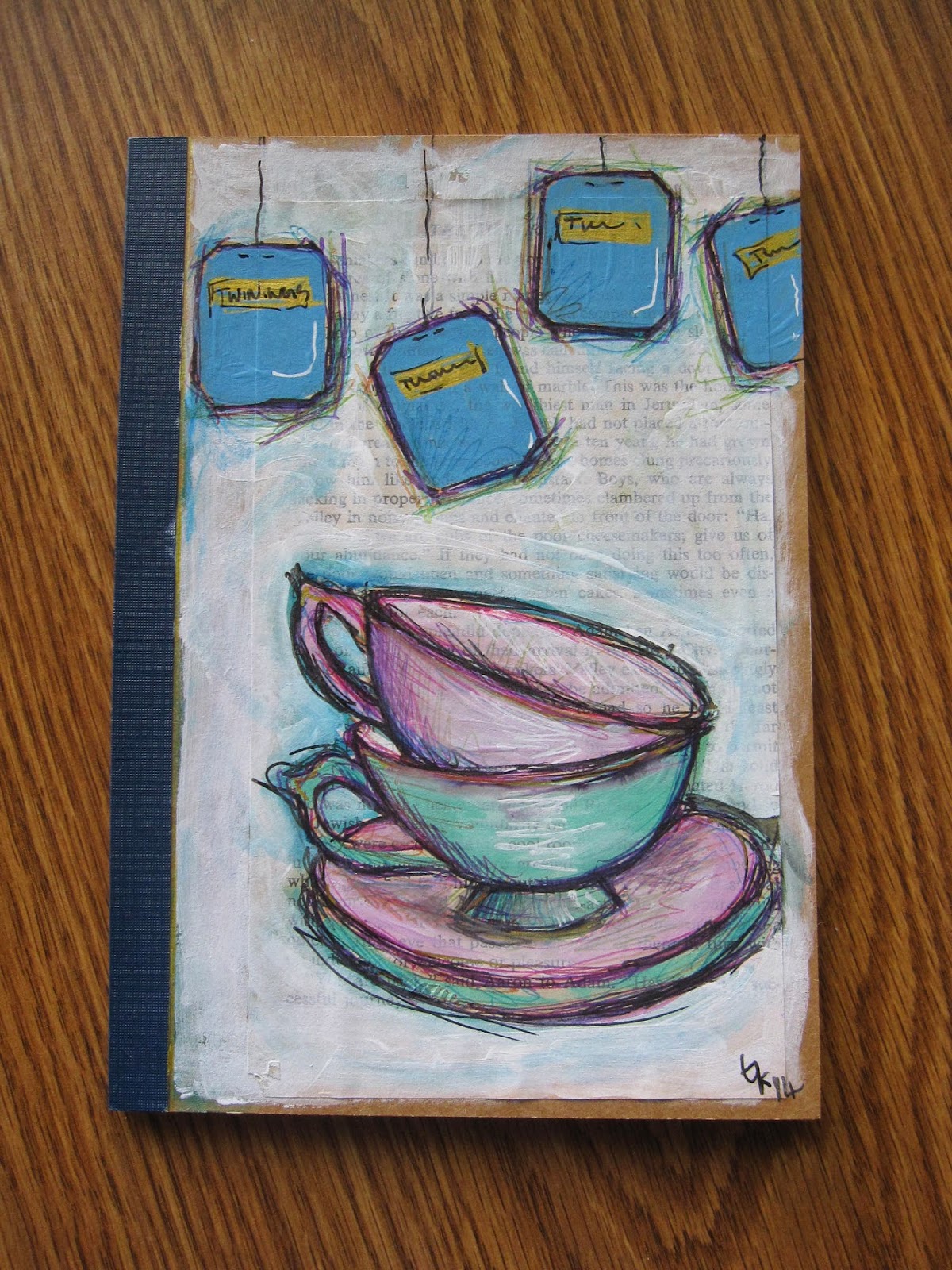 And then I saw baby books!!
****
Well, that did me in!
I was wiping away tears!
****
Possum Magic is an Australian storybook about a grandma possum and her gradnchild...with magic and Aussie foods for cures.  This was her daughter Phoebe's favorite when she was little.  Awww! 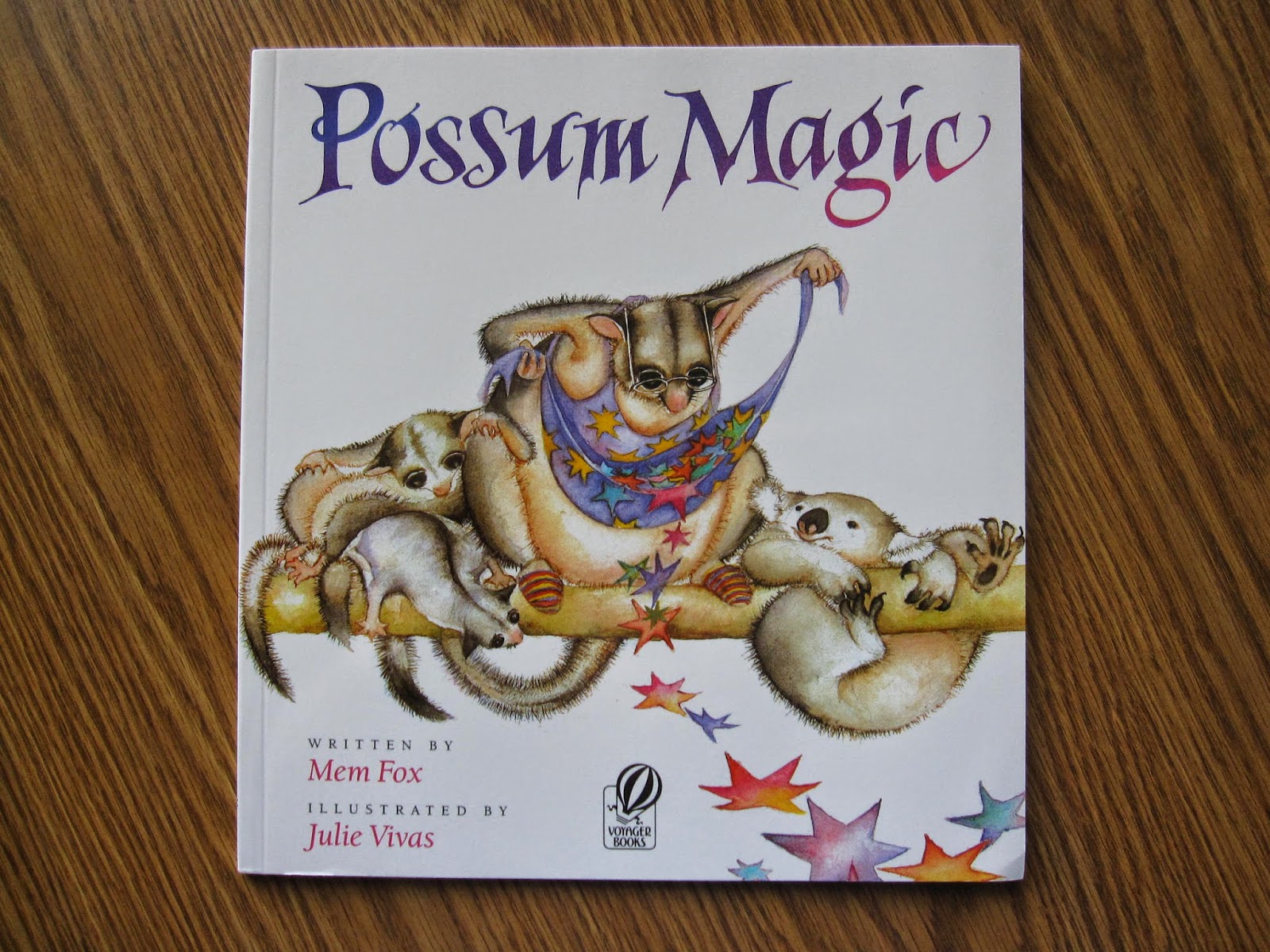 And The Grandmother Book is an entire book for me to fill in the blanks to tell my grandchild all about me--LOL!  From family tree to where I went to school to favorite movies.  :):) 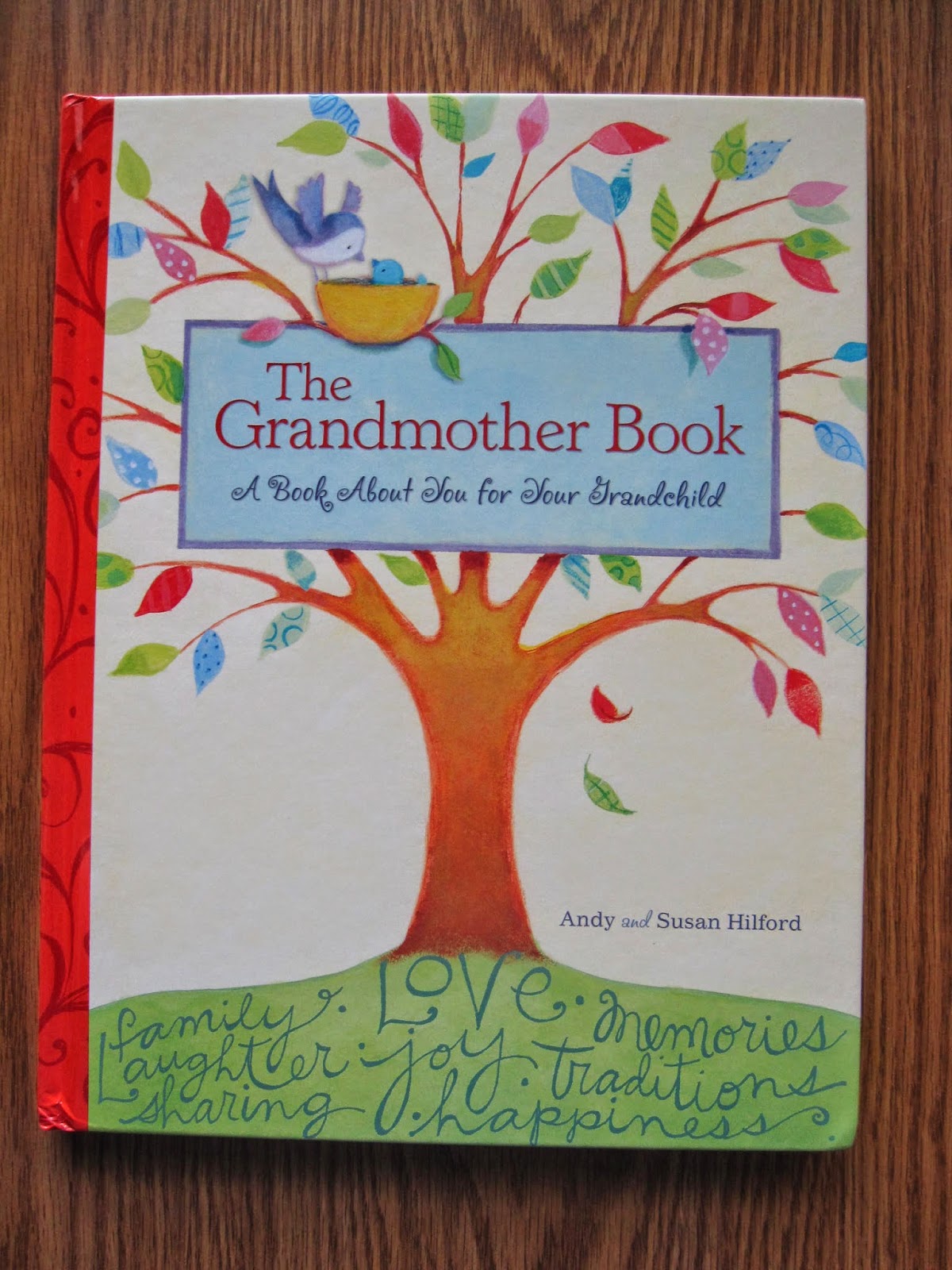 And then--the piece de resistance...
****
I had written Tracey a letter in one of my bookcards...and she made me a bookcard!!  I have never gotten one myself.  What a treat!  The cardstock cover is a copy of her original artwork. 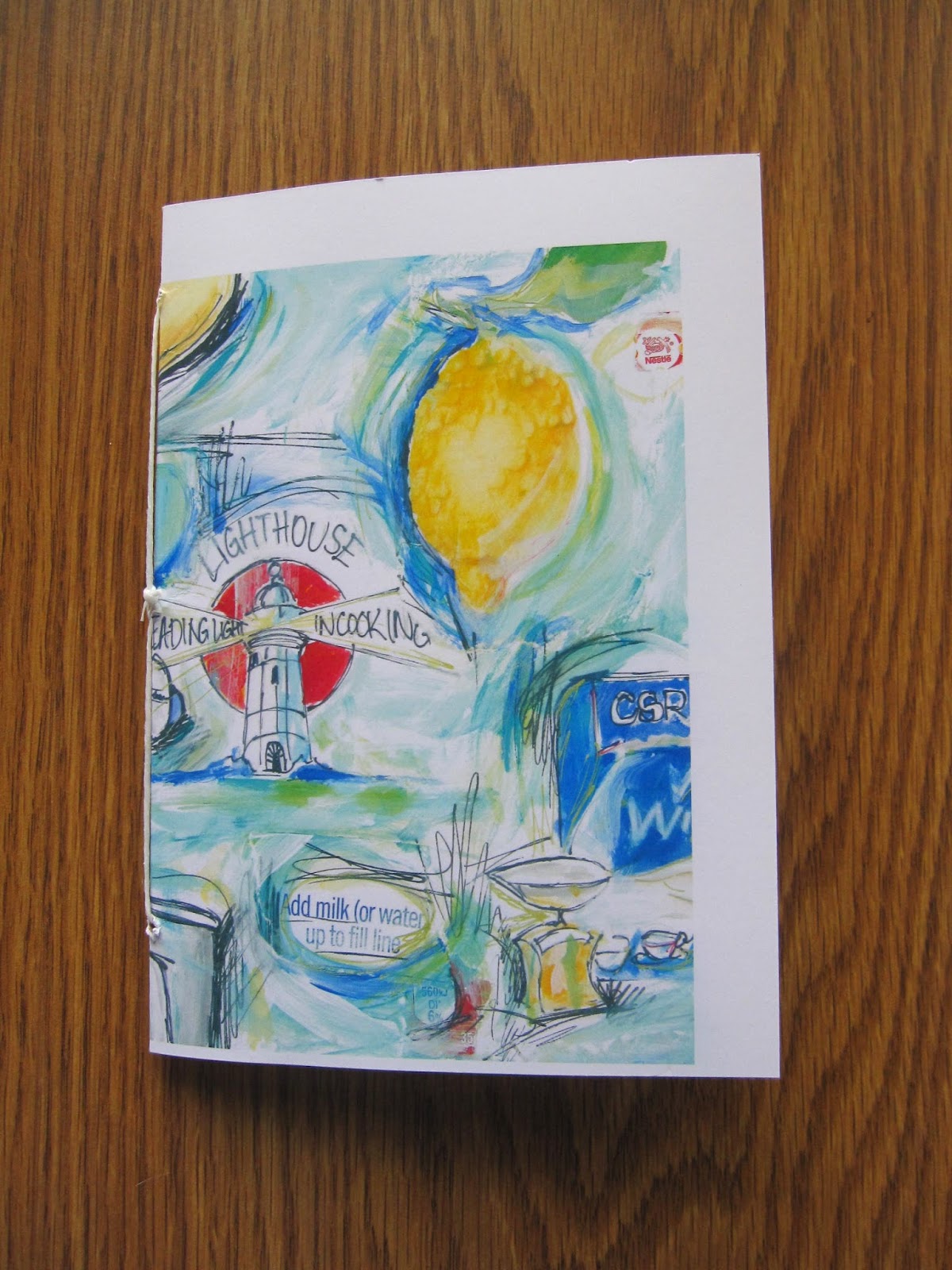 Brown sheets of paper sewn inside... 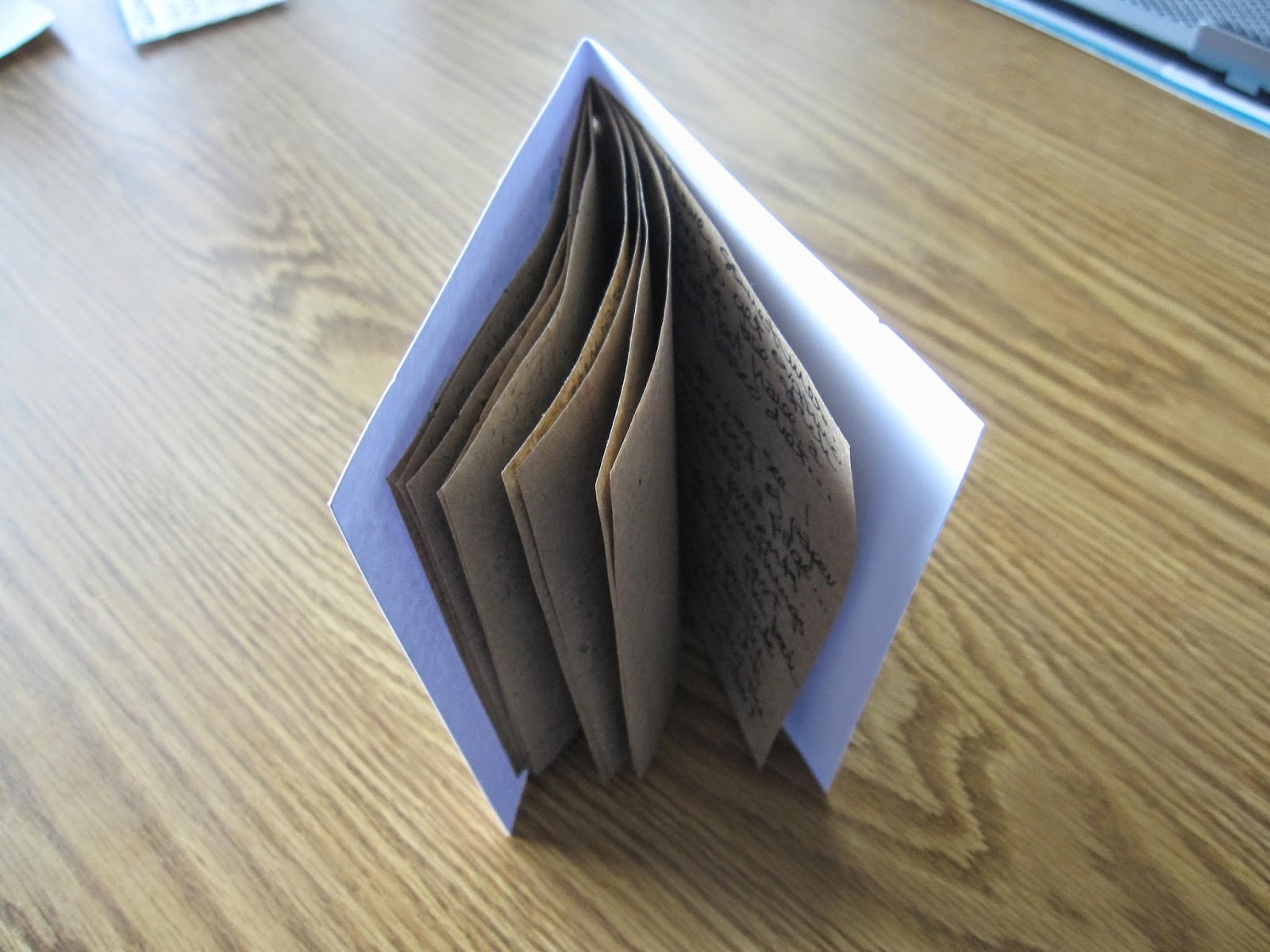 ...that she discovered she could only write on one side of--LOL!  Yes, that takes some experimentation (how well I know), but do you think I cared?!  :):):) 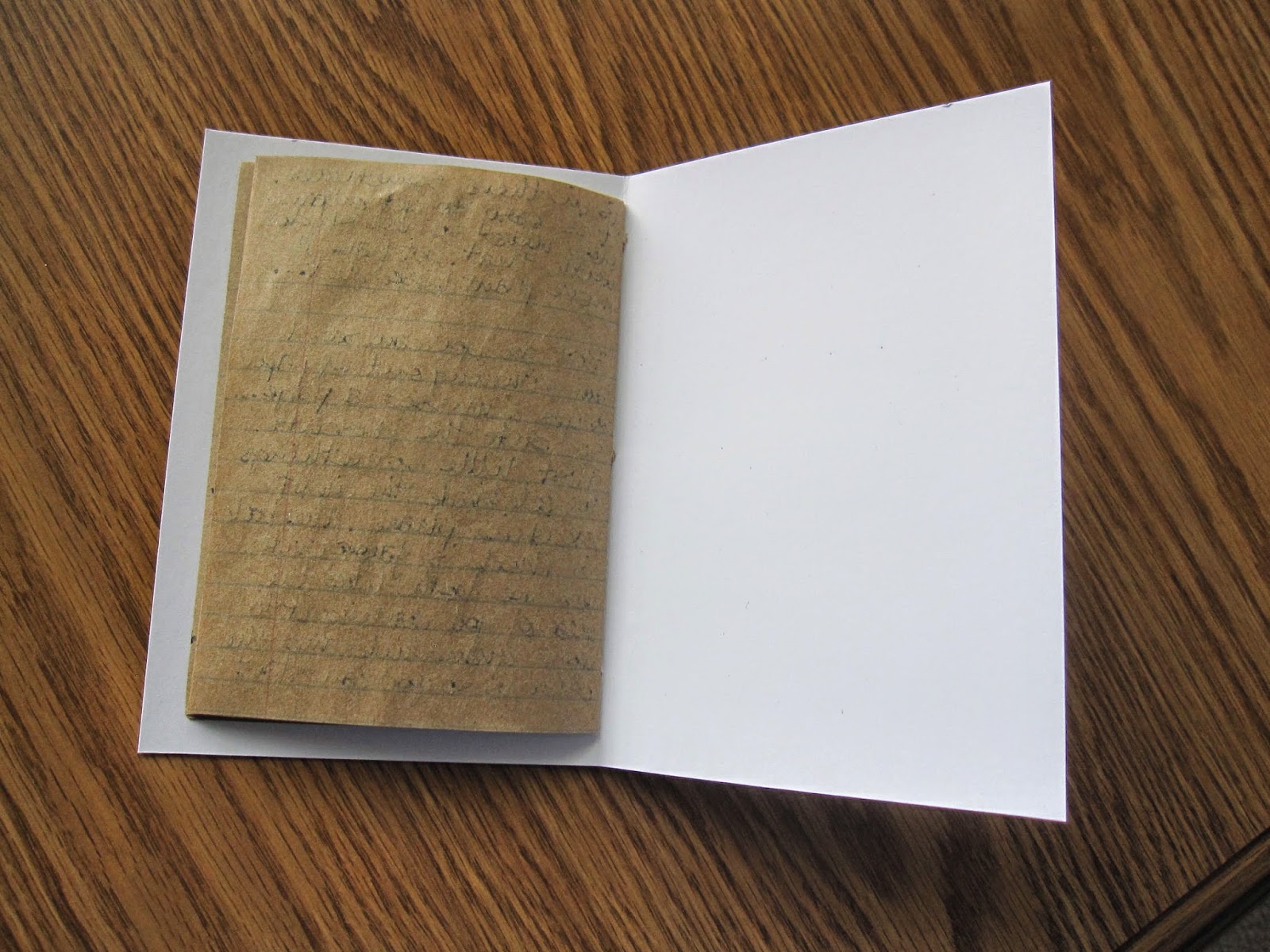 I loved it!
And I was feeling so very low all morning, too.  This fabulous package arrived on the absolute perfect day.   Thank you Tracey and Phoebe!!  :):)
****
Anyways, I have not given up on The Plan.  I still stuck with it yesterday after skipping breakfast.  My day is all off kilter this morning.  I guess it's time to have water and pills and start my day.  At least I haven't been in the bathroom yet--ROFL!  Maybe I might make it over to Leah's today.  Her best friend, Amber is there this week, too.  Leah's birthday tomorrow!  :)  Well, only time and meals will tell--LOL!  Wish me luck as I shoulder on.  At least we've suddenly had some beautiful weather in the 70s!!  I can read on the porch, if nothing else.  ;)
****
Oh, and I discovered this last week that naughty Blogger had randomly sent a few of my blog comments to spam!?  I have been trying to remember to check every once in a while.  I already know that feedburner doesn't always deliver everyones blog posts to my email.  *sigh*  All I can do is try to keep up the best I can.  One way or the other, this is going to be a busy week--so I am not sure if I'll be back before next Tuesday or not.  I hope so.  And I hope I have better news on the food front...and the bathroom front--LOL!  ;)
****
May you have a day with memories to last a lifetime.  :):)
****
“The manner of giving is worth more than the gift.”
Pierre Corneille
Posted by Rita at 9:35 AM