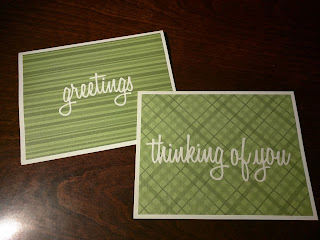 We're expected at least an inch of ice Friday. No snow just ice. I really hate ice! Lucky for me I don't have to go out if I don't want to. Nice perk of retirement ;)

Sounds like a nice time just talking to other living breathing human beings that aren't "all in your face" is a nice change of scene for you.

I suspect Chester's purpose was to feed some other hungry wildlife. Bunny are so darn cute though...

Happy New Year to you and yours Rita (I hope it's not too late to wish you a fabulous 2017 jam packed with creativity!)
I think it was a fantastic idea to go and join in with the ladies, especially taking your own artwork. It sounds like your new plan for the Thursday afternoon will be a huge success.
Poor Chester... oh my heart nearly broke watching him struggle, but at least he knows where to find some food.
Lovely cards as usual and I'll finish by saying good luck for the fixing of your fridge and thanks for the video. It's lovely to hear you natter away xoxo

Unfortunately Chester will probably be dinner for any hawks that hung around this winter.

We're having a high today of 74F, so it feels more like Spring than Winter here. Poor Chester :(

Since I can't see the video, I take it Chester is a rabbit with a bum leg. I'll be so glad when I get my new computer back.

I would gladly take your snow over our ice that is predicted. I may be without power for days if we get as much as they are saying.

SO glad you joined in on the fun, because this will be a good thing for you. Have a super Friday and weekend, especially at the McFamily Christmas dinner.

I feel for Chester, too, but I don't think he'll make it. Poor little guy. I am glad you are getting such quick turnaround about your fridge. :-)

Happy New Year Rita!
Poor Chester, he looks so cold ( I know they are well insulated with fur....but still ) and yes, I do remember "Gunsmoke."
You cards are so pretty, clean and simple is always a very good idea. Do you make them as greeting cards or as note cards?
How are your bullet journals going? How do you set them all up? I want to start one, but hesitate on how to set the page up. Any tips???
Hope you and Karma stay cozy and warm through the winter weather.

So glad you have made headway with getting to know people there and having a fun activity time will be nice. Poor Chester... It's cold here and we are getting ice as I type. Hoping the power stays on and we can stay warm but have the firewood ready just in case.

Those adult colouring books look too something, can't think of the right word my mind is blank, anyway I couldn't do them because of the tremor in my hand and the lines are too close together and all just not something I would like to try

It's SO annoying, waiting for repair people to show up. And then "They may show up early!" I once scheduled the cable company to come between 12-4pm. The guy showed up at 8am. I was still in my PJs... Surprises like that are NOT a good idea.

Poor Chester, I suppose he got hit by a car or something. At least he had food. Well how about those ladies getting together after all...duh? You should have a pretty new fridge in that apt...hope the repairman gets it fixed:)

That's pretty awesome that you went back down and spent some time with your neighbors! Maybe there will be a gem in there. Love your new toy. Looks like it does pretty amazing things. Have a wonderful Christmas celebration with your family Rita.

Poor Chester! I wonder how he hurt his leg. Not good as he will make easy prey for predators. :'( You may have to refresh my memory on Gunsmoke. It will probably come back to me when I hear the story.

Funny, how the craft ladies have ended up doing what you and Leah suggested when you first moved in. Good that you spent some time with them. :)

The cards are lovely!

Enjoy your McFamily Christmas — Ian will be so happy to see you again.

That's such a good idea to have a group of people come together to work on whatever project or activity they want to do. I've wanted to do a craft club here, but never have gotten around to it. There's something special about having a group of people who you can create and talk with on a regular basis.