Well, yesterday it was 90 degrees and the air was thick as pea soup.  Today is less humid, but a little hotter--93 so far.  Karma loves the heat.  I hate it.  She's been outside baking in the afternoons.  I closed it up early yesterday and have been luxuriating in the cool air ever since. 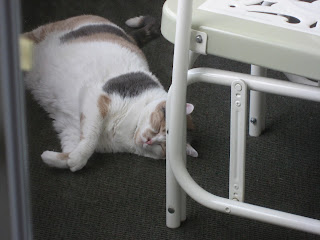 The remnants of Karma's cat grass seems to like the heat, too.  Has grown an inch or so--just enough for Karma to nibble on.  ;) 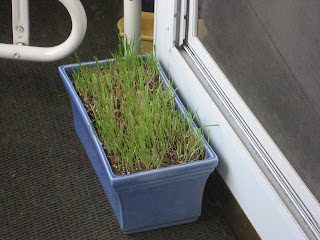 I was hopeful when I saw somebody moving out last night that it might be the dog owners...but the dog has been crying all day today.  I can hear it despite the place being closed up, AC on, and three fans going to circulate that cooler air. 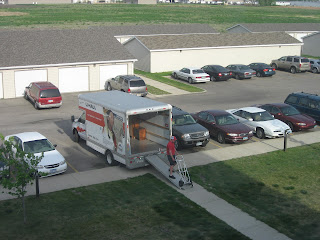 I ran into the office lady when I went to get mail today and she said that she now knows the dog does belong--for sure--to people who are supposed to be gone by the end of the month.  So the poor neglected dog will be gone by June.
****
On to happy news...
UPS came this afternoon!! 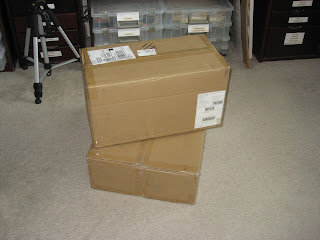 The three sets of boxes arrived! 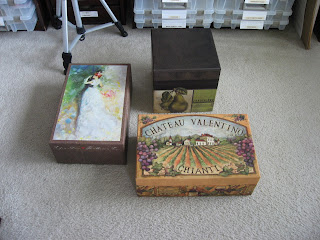 The corners are protected inside the cardboard boxes and each and every one of the boxes is wrapped in plastic and has a couple silica packets inside of the box. 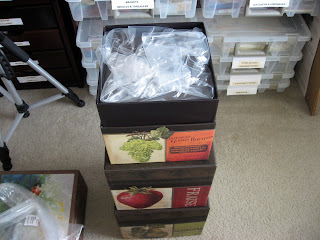 I have never seen the seven square boxes. 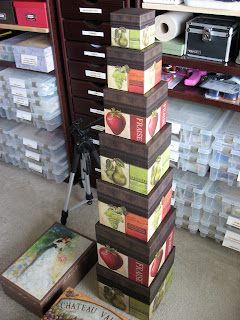 Got quite a kick out of how tall the stack is!  That tiniest one is so darn cute. 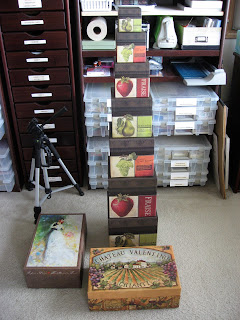 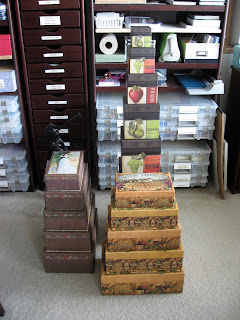 This is Wine Country. 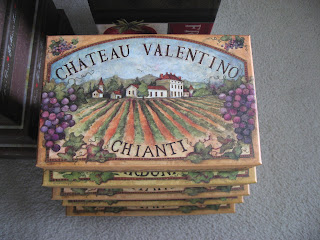 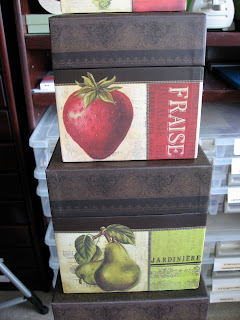 The Dance.
(I keep thinking of the sweet song by Garth Brooks.) 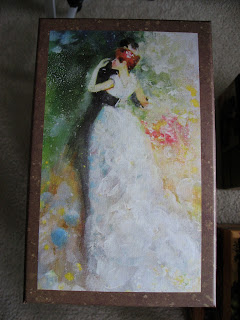 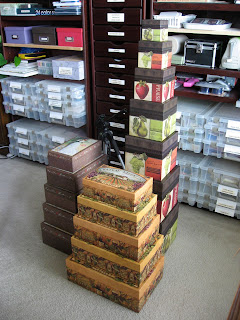 Meanwhile...we've had another bounty this spring.  Moths!  They crawl down the make-shift screen out there and, since I've had the porch door open a lot, I've been finding one or two in the apartment every single day for weeks.  Usually I might get one or two a year!  Even the mail lady said there seems to be swarms of them everywhere this year.  Kind of odd.
****
The recent 90 degree days have caused me to close the place up so that the moths are trapped on the porch.  Karma spends her evenings parked by the porch door waiting for moths to flutter against the glass. 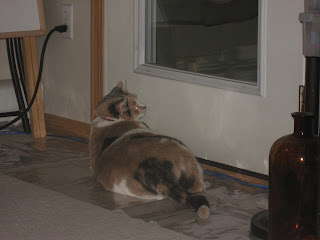