I have felt worse every day since last Monday.  I finally slept better last night--and during the night--so I thought I could finally order groceries today.  It said the last slot was almost full (8-10pm) and I didn't get my email confirmation like I usually do, so I am not sure if they are coming or not.  If I don't get confirmation in a couple of hours I will call them to see if they're coming tonight.  I hope so.  God only knows if I will sleep tonight or what shape I might be in tomorrow.  Old Mother Hubbard needs groceries--at least more Puffs!!  ;)
****
I've been sleeping--or I should say napping--here and there around the clock.  I took pictures, but don't ask me which day it was.  The following shots were all the same morning when I was up pre-dawn. 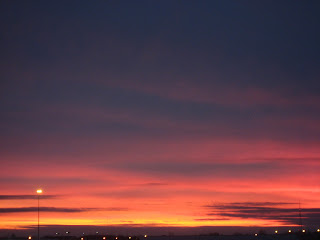 The sky was beautiful and I wanted to watch the sun come up over the horizon. 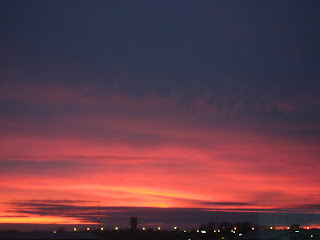 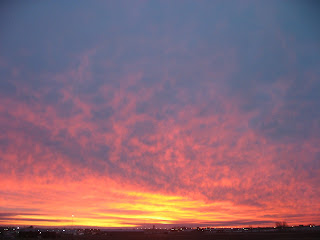 Couldn't see all that fluffy texture to them until the sun reached a certain angle. 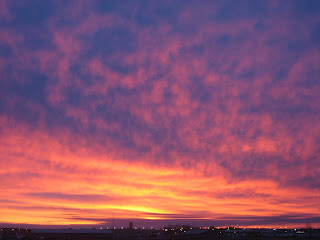 When I zoomed in all you could see was that splendiferous orange and gold. 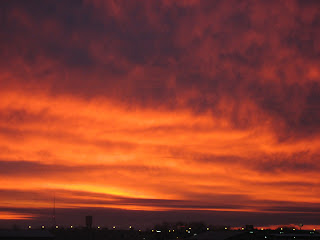 They have been up so early working on the mystery building that they had floodlights working before dawn.  Trying to beat the winter weather. 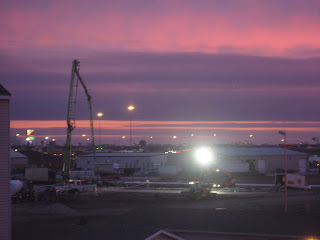 And speaking of winter--it snowed again one day, too.  My brain is too foggy to search back and try to remember which day that was, either. 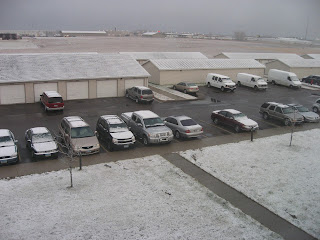 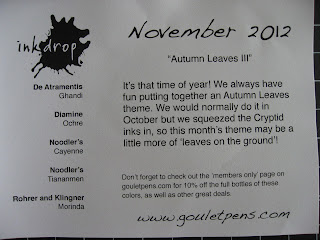 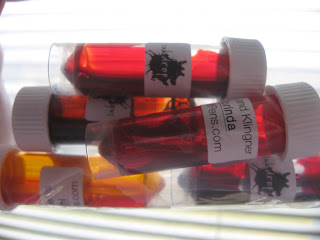 Since I have been hot and cold--one day I had the porch door cracked open and Miss Karma was sitting up watching something on the carpet by the door.  Karma doesn't sit up if she doesn't have to, so I knew something was up--LOL!  Yuck!  This alien bug was making his way into the apartment! 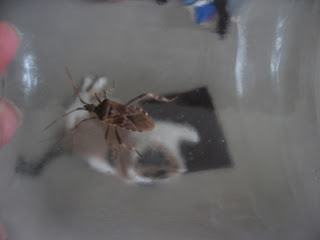 I caught it in Karma's bug jar.  I know.  Insects bring out the worst in me.  The foolish bugs that enter here can be killed or worse...become cat entertainment for a few days as they slowly die in the bug jar. 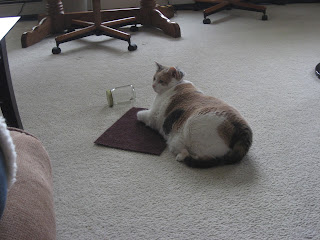 Karma spends hours and hours watching them.  She touches the jar now and then but, oddly, doesn't bat it around.  She's very gentle with her captives. 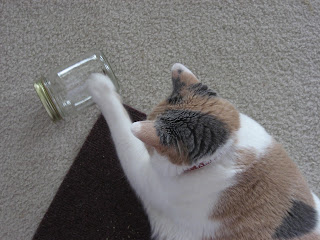 She smells them--and intently observes with endless fascination as they crawl futilely in circles. 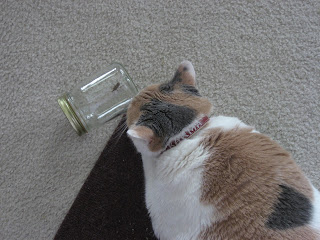 She doesn't appreciate me watching over her shoulder, either. 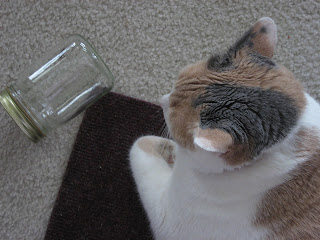 Meanwhile...my ten gallon tank.  The four new tetras and one spotted catfish survived...and a few snails came in with the live plants.  I now have a snail farm--lol!  There are eggs everywhere!  They're even laying them on the underside of the cover! 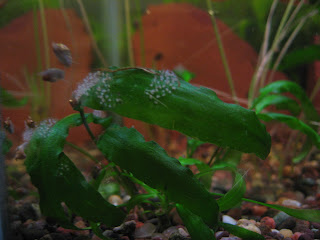 Snails of all sizes everywhere!  The babies are just tiny brown specks. 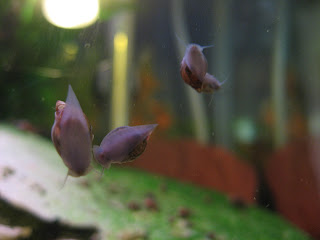 I've been feeding them a lot of extra fish food and they've been multiplying like crazy!  In the mornings the snails apparently know I am going to feed them (except the feeding schedule was all over the place this past week) and they are up at the water's edge waiting.  I also sprinkle some granulated food over the side with this rock (that has fake algae coloration on it).  If I come back an hour after I've fed them--this is what I find... 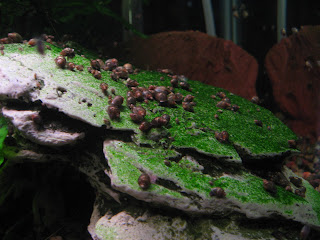 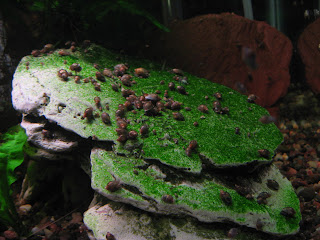 I wonder what you call a whole bunch of snails?  Or if there is even a word for it?  I'm getting a real kick out of them.  Wonder if they will just all die off after while or keep thriving?
****
Hurray!  I thought I'd check again so I didn't leave you hanging--my grocery confirmation email came through!  I am sooo happy!  This is the best day I've had in a week--tired-wise.  I can always take a nap this afternoon, too.  I may still be dealing with coughing jags and nose blowing, but I'll try to stay 10 paces away from the delivery person...well, 3 or 4...this is a small apartment--LOL!
****
I have more to tell you, but it will have to wait.  Running on empty over here.  Hopefully I'll feel lots better next time I post.
****
Oh, and tomorrow is election day over here.  I already voted by mail long ago.  I just hope, whatever the results are, that people can stop fighting and begin to cooperate.  I shall be so relieved to see an end to the nasty political advertisements and the endless phone calls (interrupting what little sleep I've been able to snatch) wanting me to reveal my "private" voting intentions.  No matter what--please get out and vote if you haven't already.  Each voice has a right to be heard.  :)
****
"There is no way to peace.  Peace is the way."
A. J. Muste
Posted by Rita at 1:43 PM