Oh, what a difference a day makes.
Yesterday. 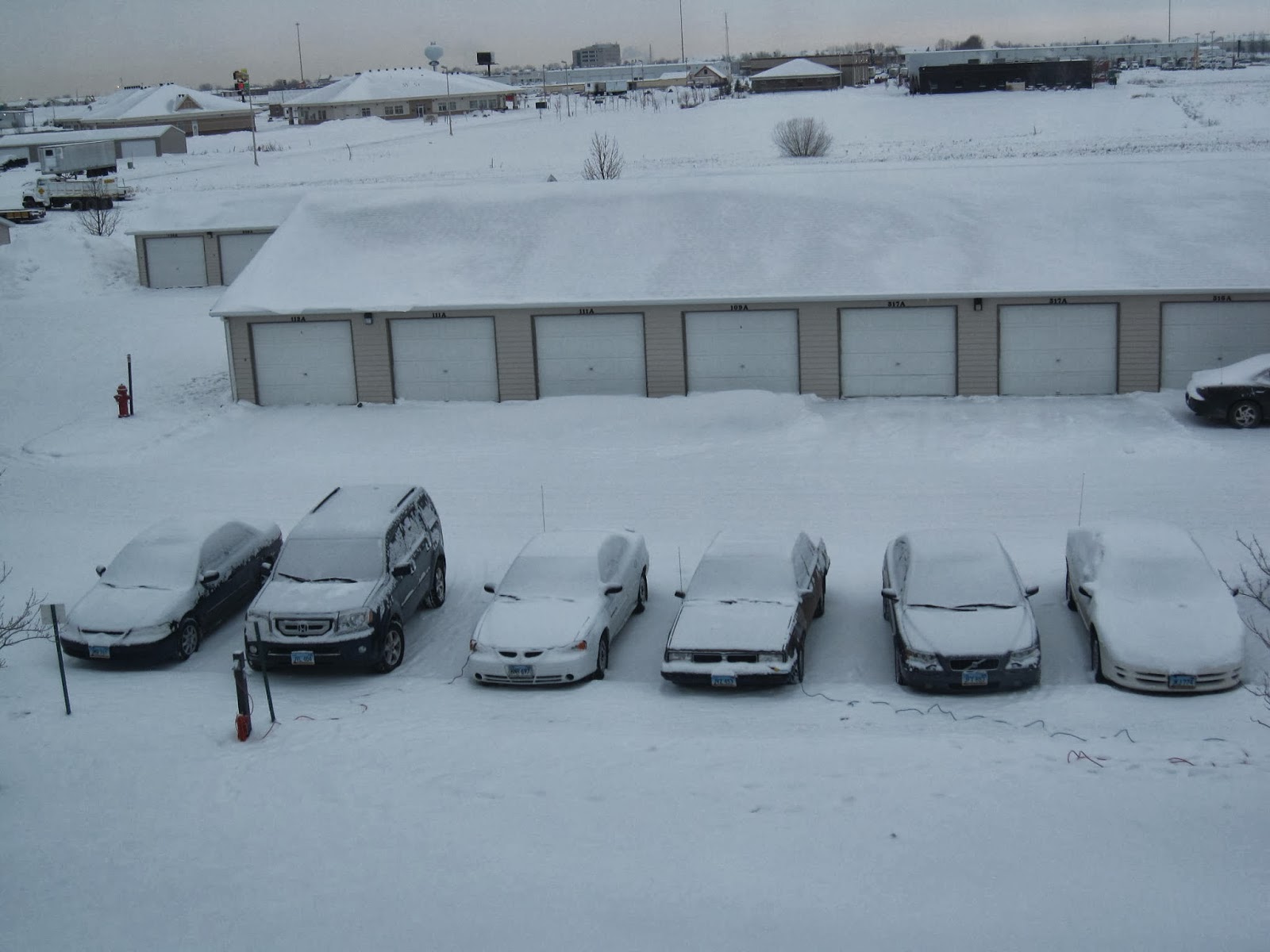 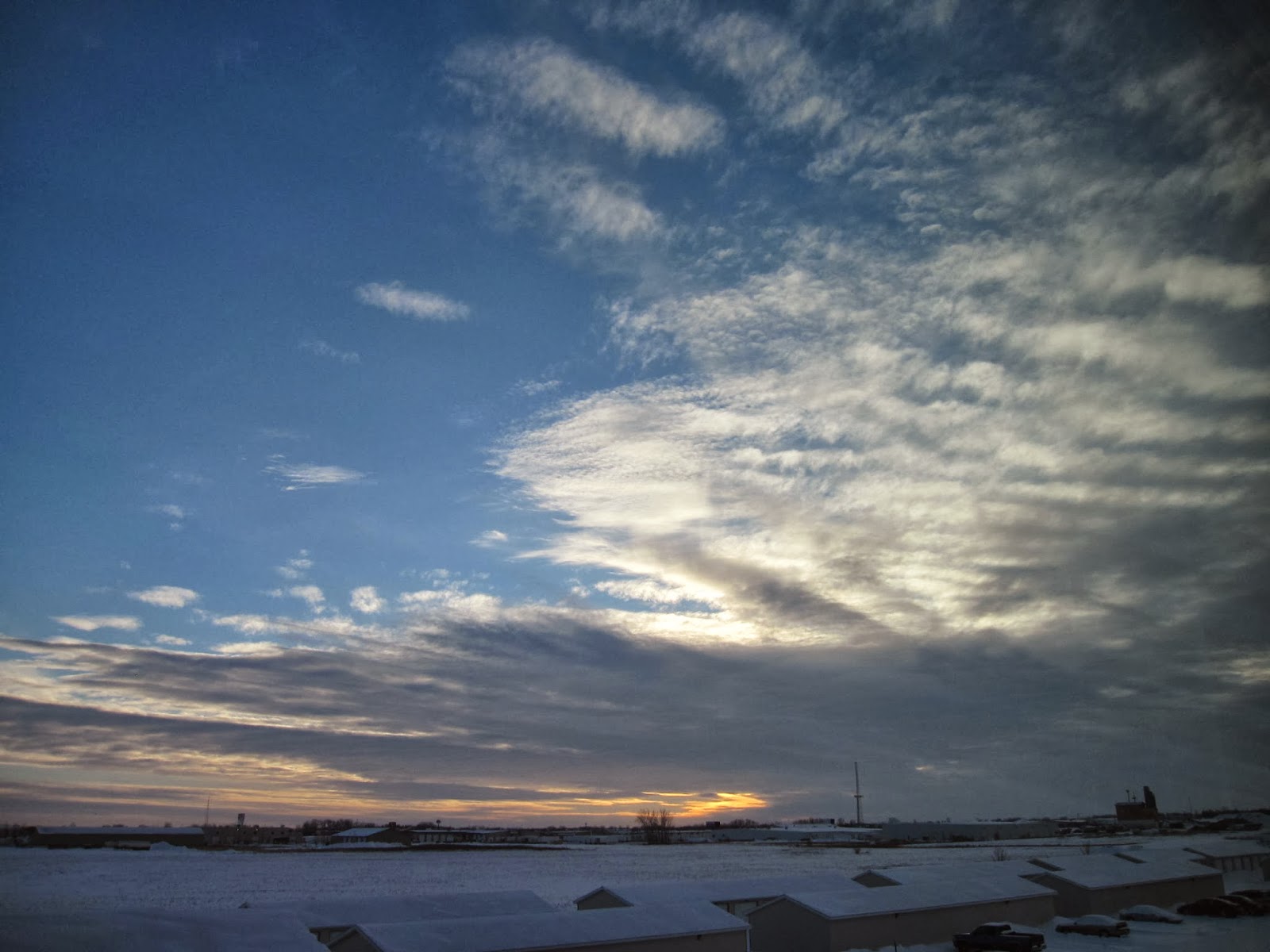 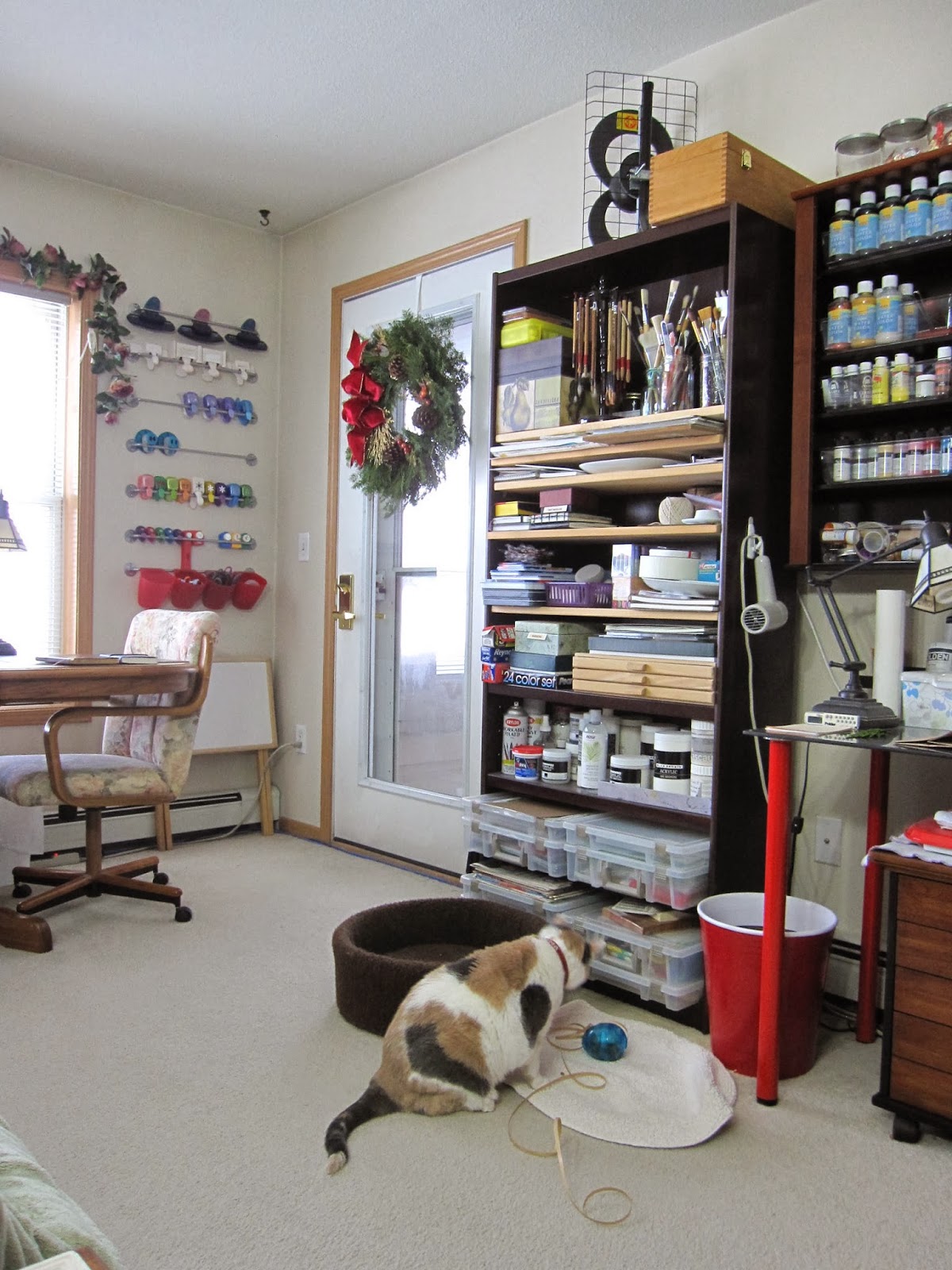 ...moving the wreath to the porch door where I can see it all the time. 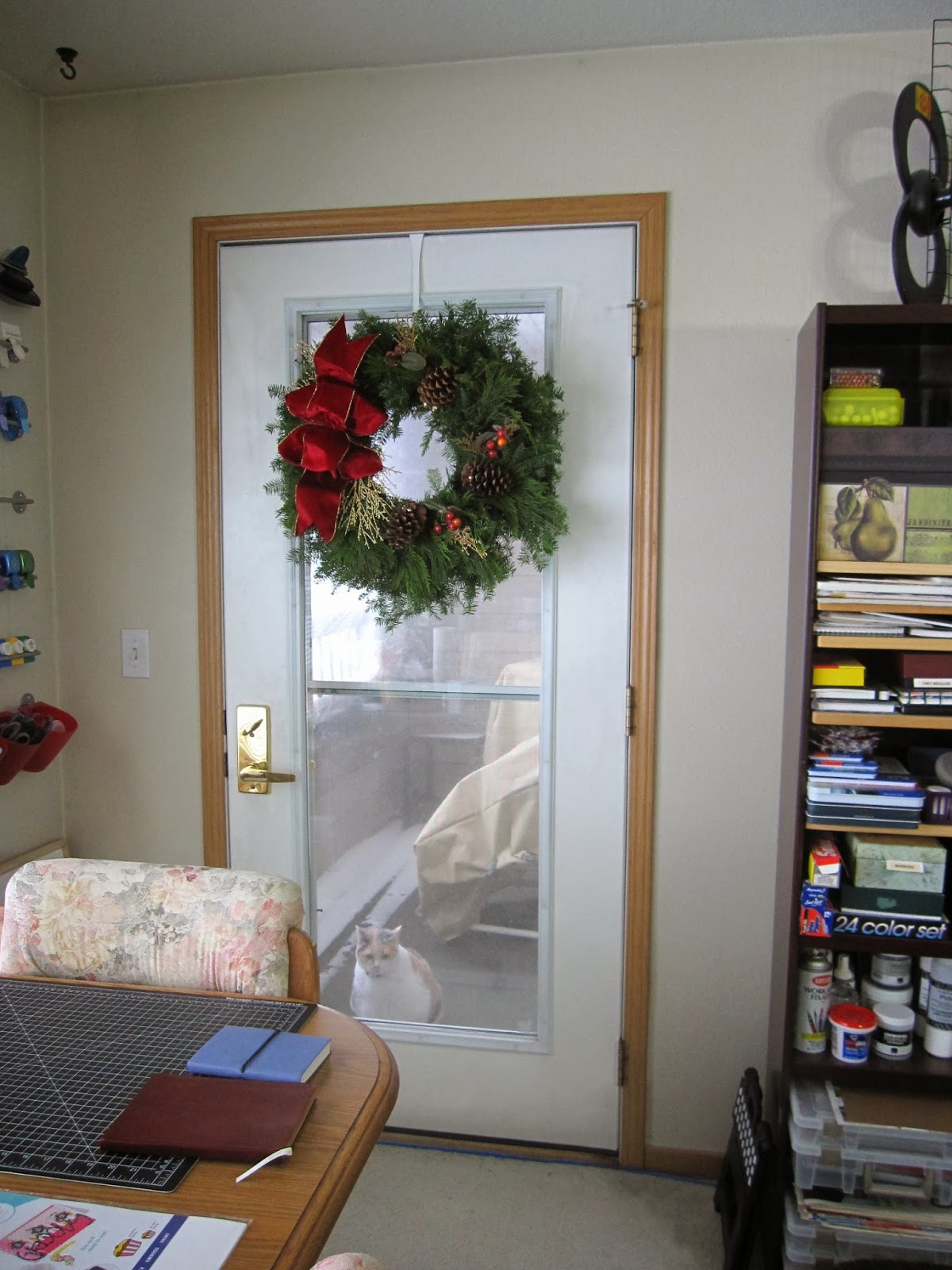 The bow is supposed to be jauntily off center, but mine looks like it's ready to slide right off, doesn't it? 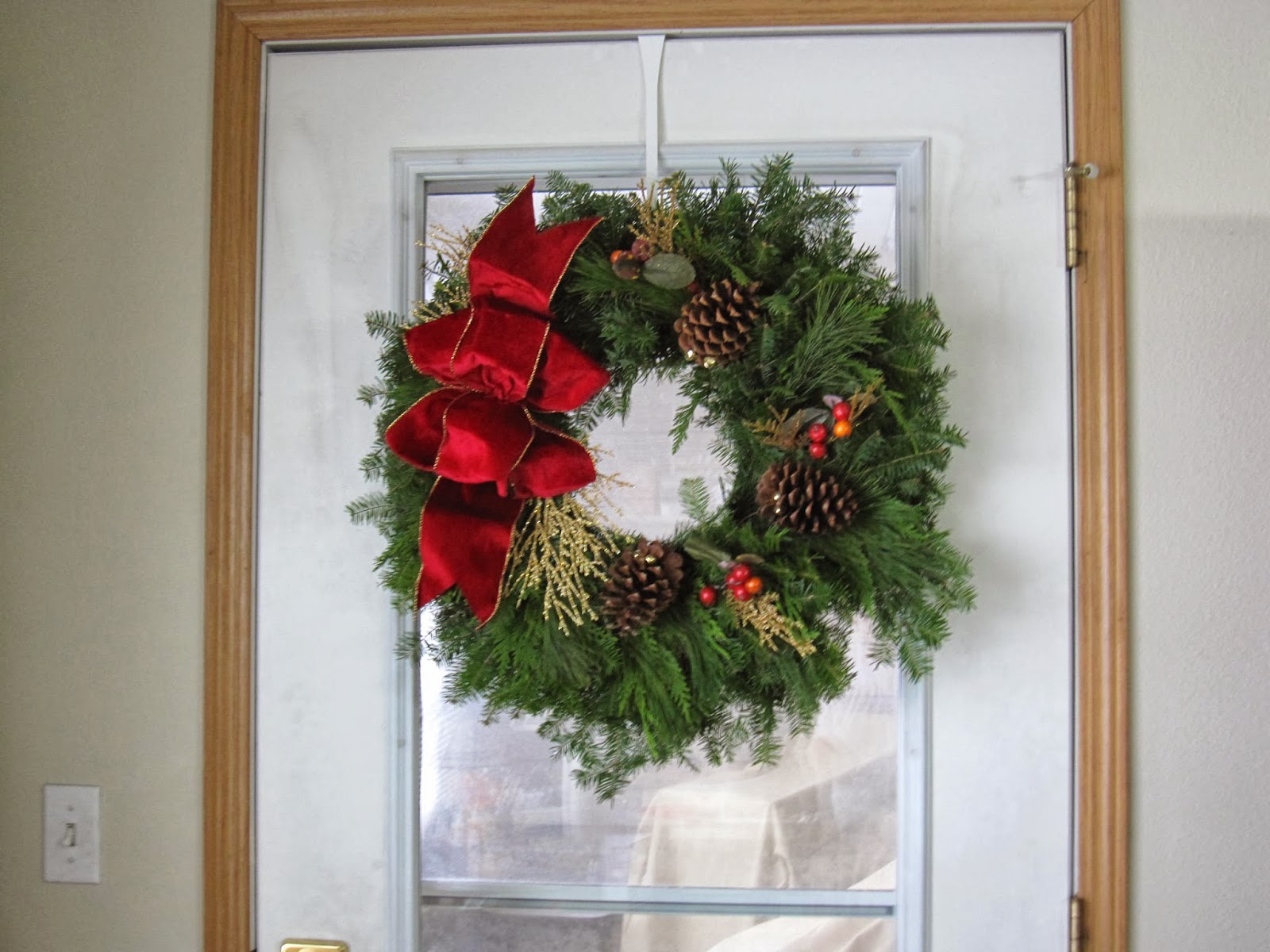 I was pretty sore when I was trying to attach that back hook.  Oh well.  Unless my wreath is going to hang up till next Thanksgiving I suppose it's no big deal--LOL!
****
I've been working on Christmas cards.  Forty of them are already downstairs for the mail on Monday and I hope the rest will be done, too, before the end of the weekend,  :):) 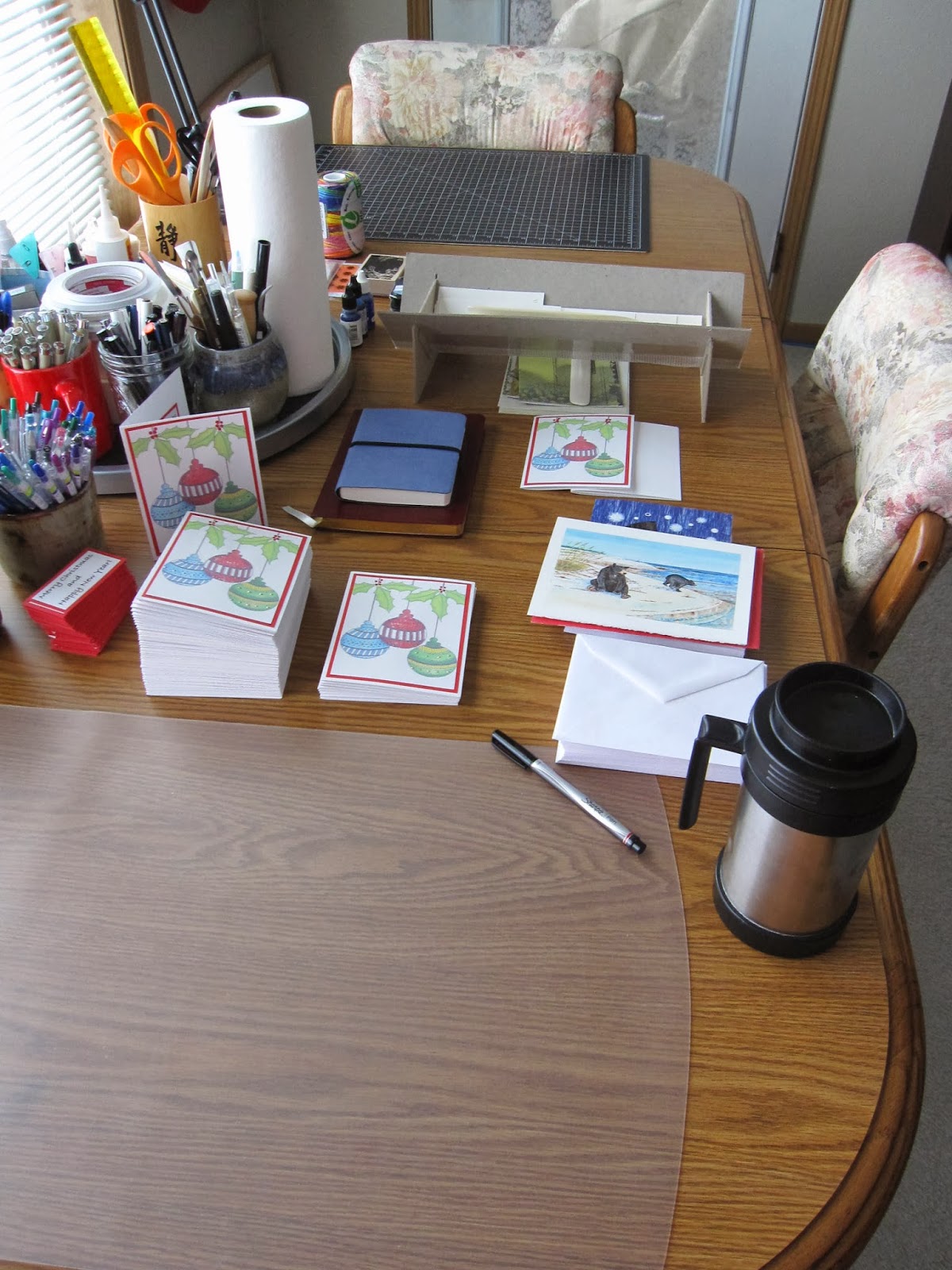 Pretty cards have been arriving in the mail--and this was my first handmade card... 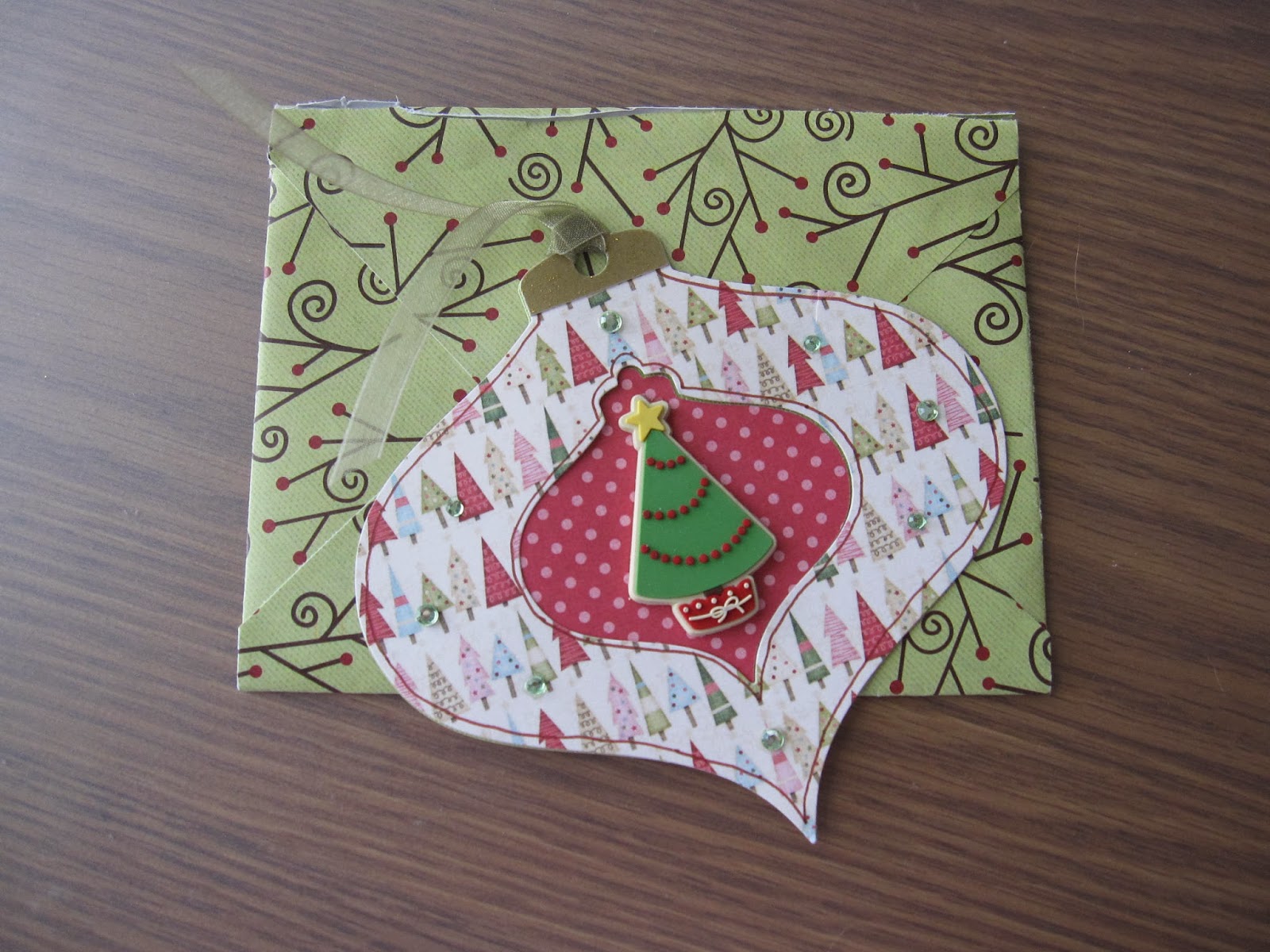 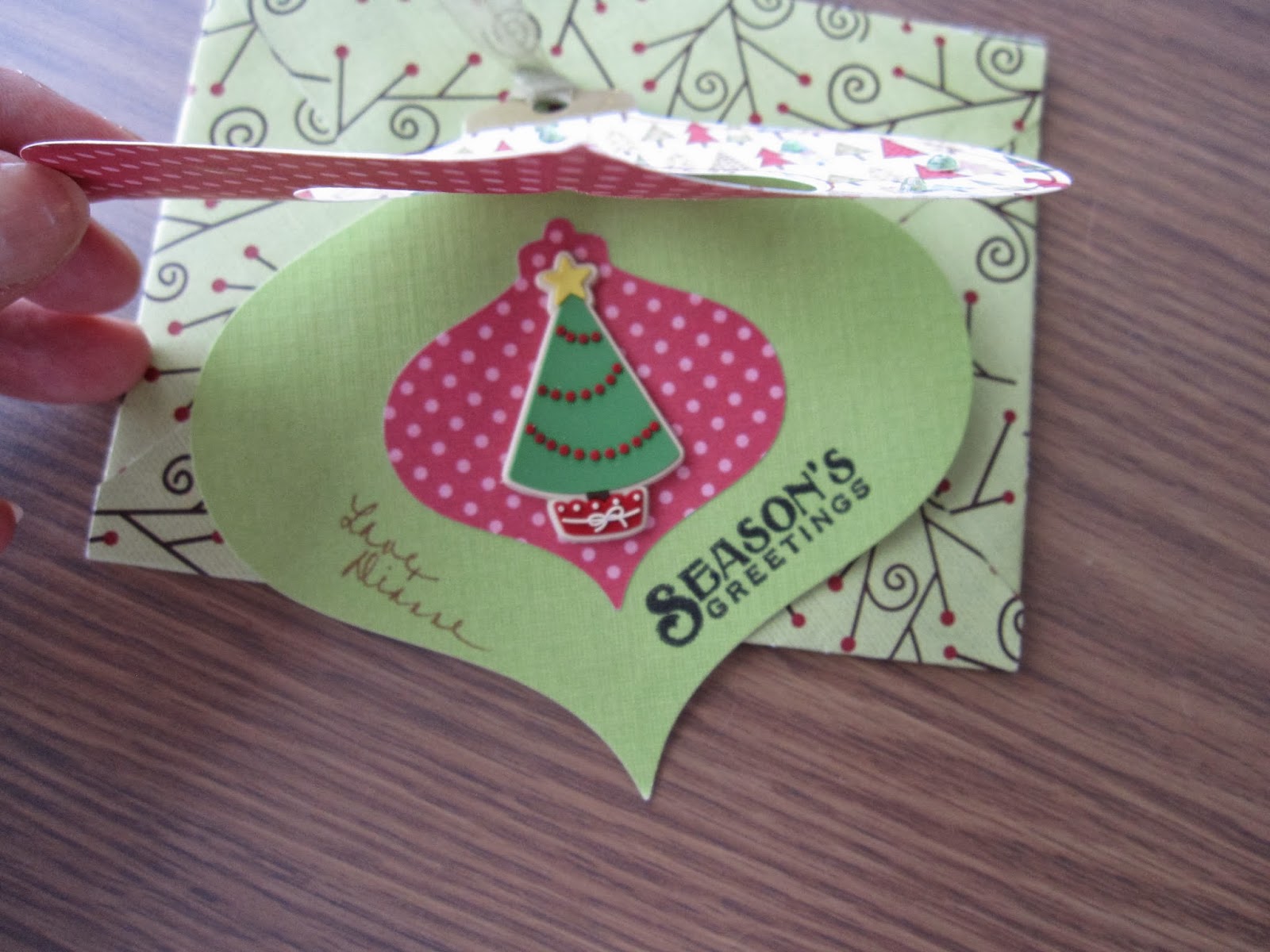 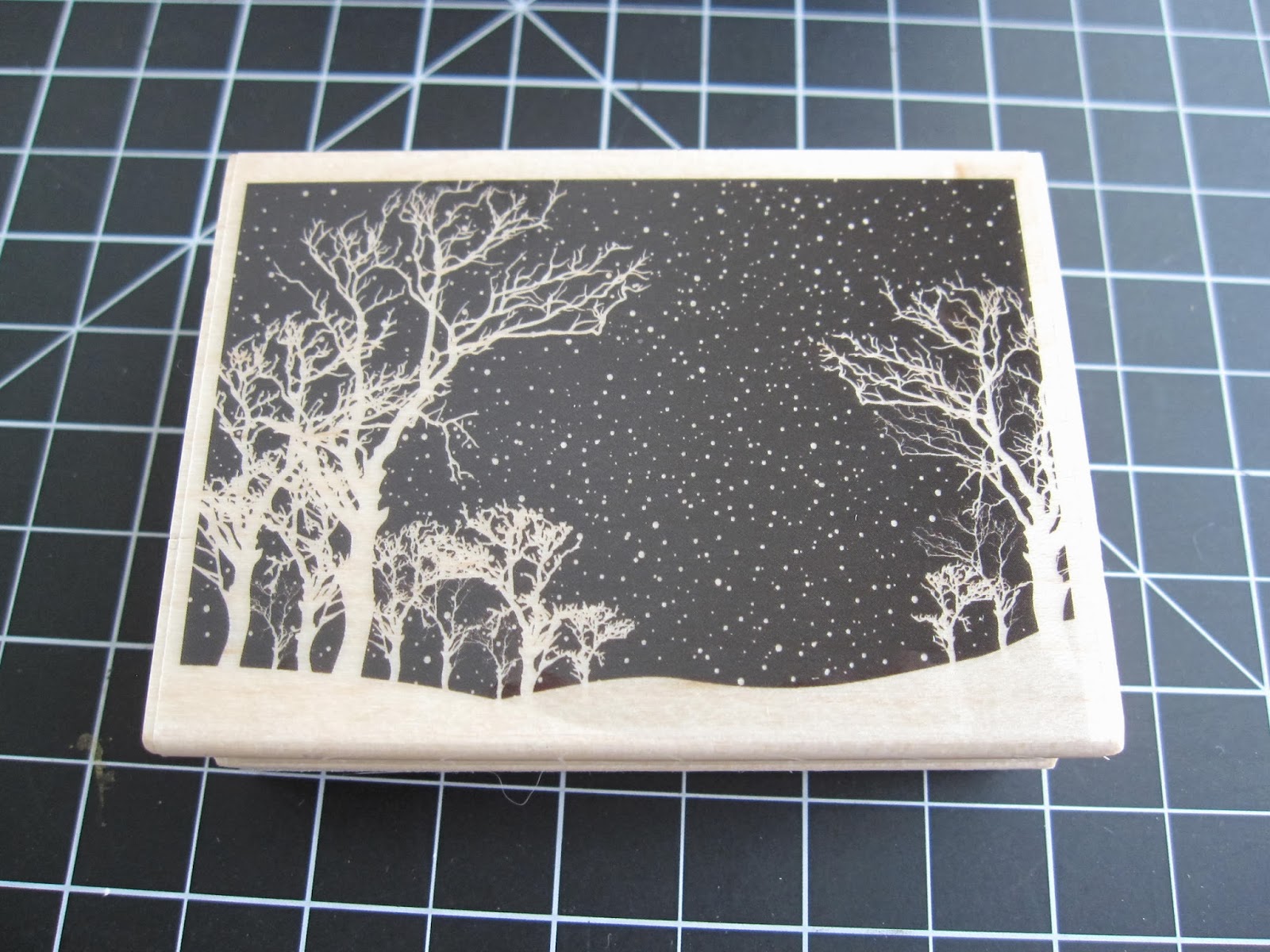 ...and I couldn't resist these rainbows of color! 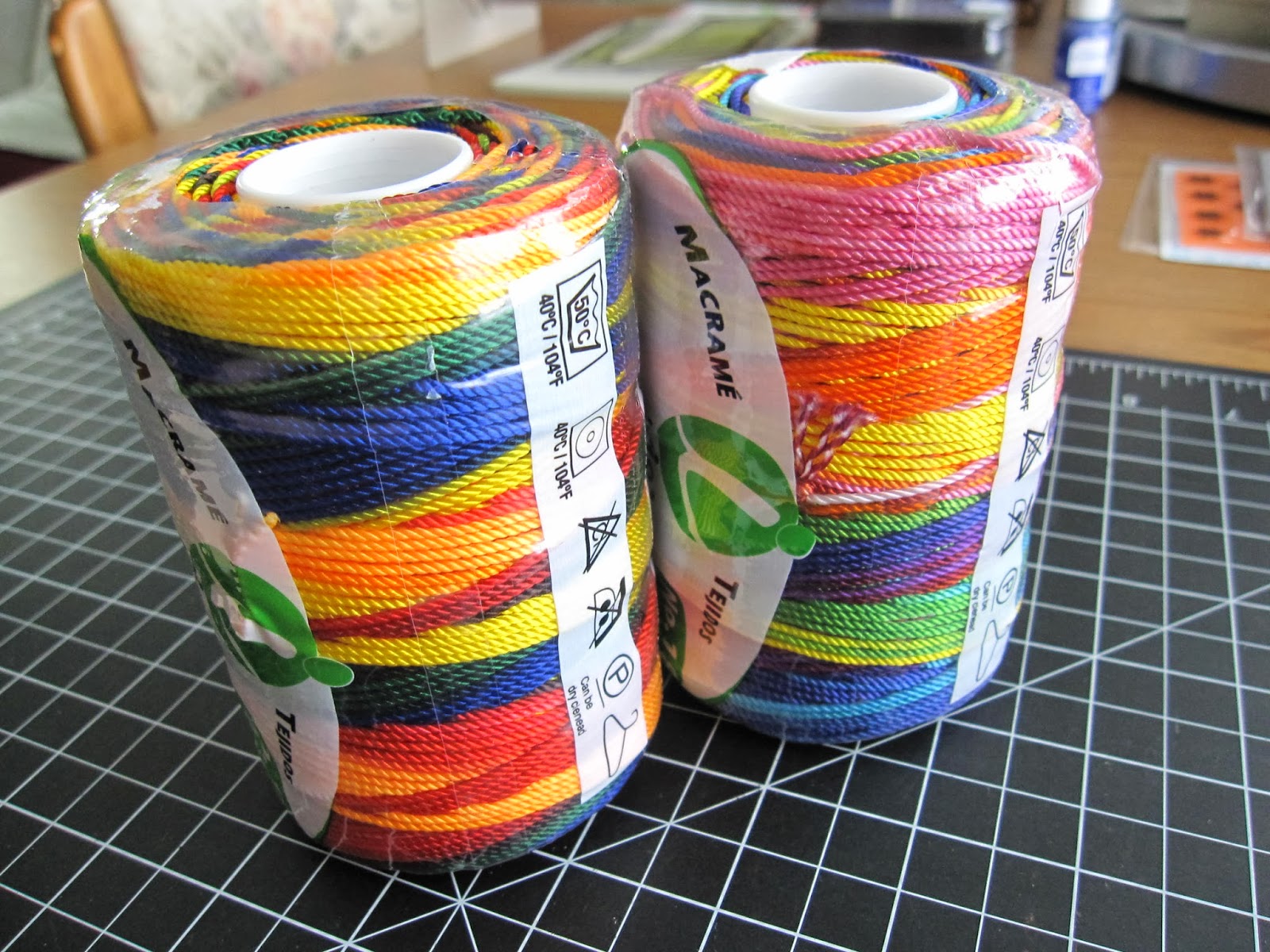 No clue what I am going to do with them. 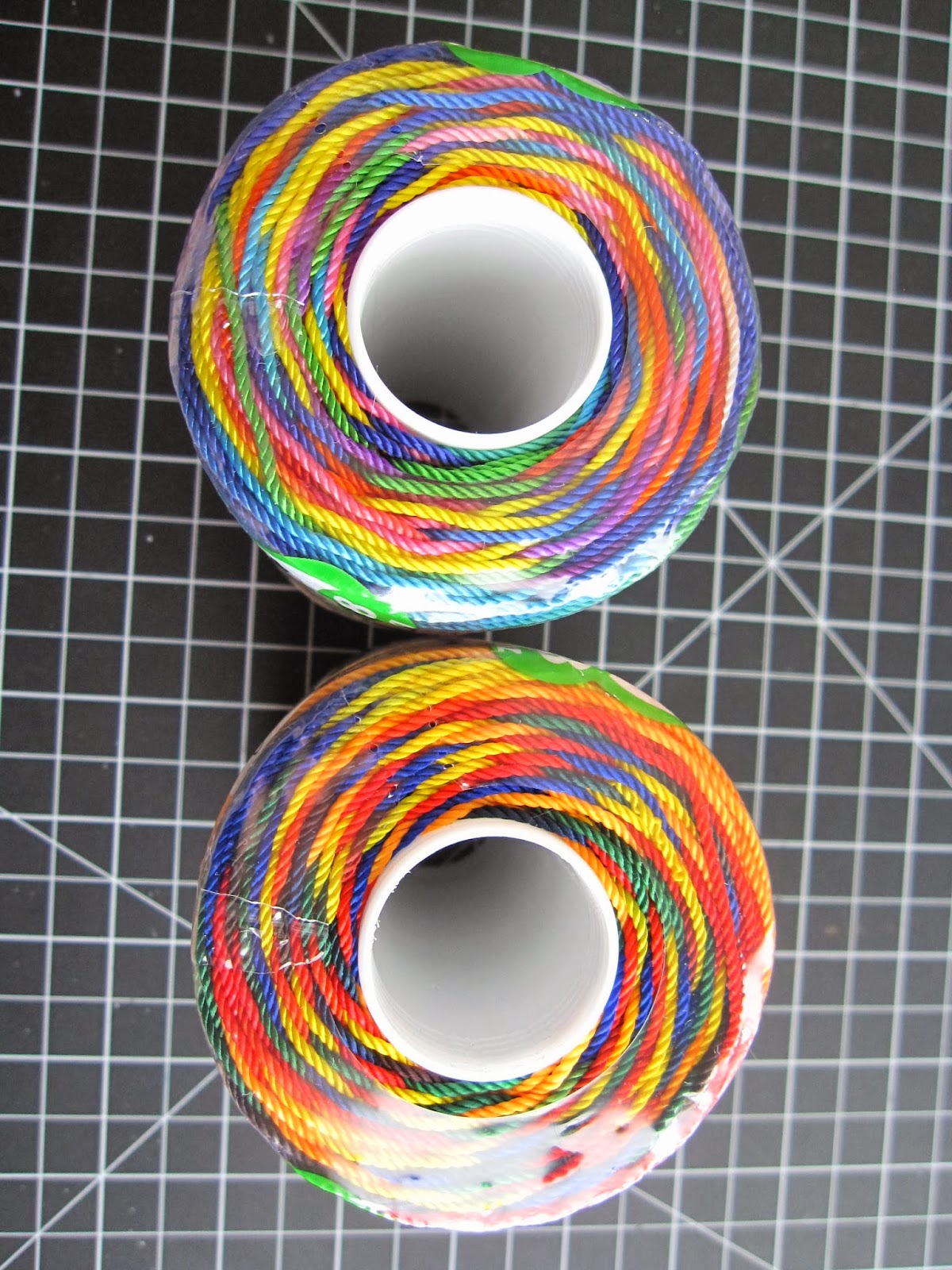 I think these are actually multi-colored crochet threads, but I figured there'd be some way I could use them in card making or mixed media.  Confession--I just plain couldn't resist them!!  You never know what things you buy online are going to look like in hand but I certainly wasn't disappointed as these are almost dazzlingly bright in person.  :)  Have you ever purchased something just because you absolutely loved it?  Even if you have no idea what you are going to do with it or where it will go?  You just knew you needed it? LOL!  ;)
****
Okay--speaking of confessions...time for some ancient history...and my date with John.  So very long ago now that I was trying to remember exactly when it was--summer vacation or when school was in session?  All I know is it was hot out and I believe I was either fourteen or fifteen (which would have been sophomore or junior year for me because my birthday is end of March and I was a year ahead).  I was thinking "fifteen"--but that means it could well have been sophomore year when I was fourteen, when John would have thought I was at least fifteen like everybody else--LOL!  Growing up, I always had a duel relation to age--how old I actually was and how old everybody else was in my class and thought I was, too.  Funny how we remember time and events...or how I do, anyways.  Time is slippery for me.  Always has been.
****
Regardless, John was my second date.  I was quite nervous and quiet because my first date had come to an unexpected shocking end.  (Can a person be gun-shy after one date?  LOL!)
****
My family used to go camping a lot in the summers and we'd spent a weekend at a campground somewhere over by Stillwater, Minnesota on the St. Croix (stunning scenery, BTW).  The first day we were there this boy started following me around and staring at me--a brand new, and quite uncomfortable, experience for me.  He finally got brave enough to talk to me the day before we were going to leave.  I think his name was Paul.  He asked me to walk with him along the river path and we walked and he talked--sat on boulders and he talked.  I watched the river, birds, and rock climbers to the sound of his voice.  The shy boy was certainly different when he finally got up his nerve to speak to me.  He also asked me a few questions.  Believe it or not, I was very shy--but I answered the few questions he asked.  [To this day--ask me a question and I will answer honestly.  I think it took me till I was in my forties to realize I could say I didn't want to answer a question if it was too personal--LOL!]
****
Paul lived in a suburb of Minneapolis, too--but on the opposite side of the city.  I saw him watching from a distance as we packed up the caterpillar tent and headed for home--and that was that.
****
I thought.
****
Then one night a few weeks later he called.  I was puzzled because he hadn't asked me for my telephone number or anything.  He proudly told me that he knew I went to Fridley High School and my name was Rita Johnson.  There were way too many Johnsons in the phone book, so he said he drove across town to Fridley several times on the weekends, hung around any places he thought the high school kids would hang out, and asked everybody he met if they knew me!?  Until he found somebody who remembered I lived really close to the high school...so he checked a map for names of streets...and Marigold Terrace finally revealed which Johnson in the phone book.
****
Sadly, as a silly young girl, I thought this was the epitome of romance.
****

We'd never heard of stalking.
****
Obviously, he was older--had a car and a driver's license.  He'd never asked my age--just the usual--"what grade are you in?"--so he would have thought I was a year older.  And where did he ask me to go on this first date of my life?  The 100 Twin Drive-In, which was several blocks from my house.
****
He showed up with his car.  Politely came to the door.  Next thing I knew we were parked facing the huge screen and as he was setting up the speaker my hands were damp and my throat was dry.  I was worrying that he could hear me swallowing or my heart pounding and next thing I knew he was trying to put his hand under my blouse and was sticking his tongue down my throat!  OMG!  Polite Paul had done another 180!  I had never even held hands, let alone exchanged spit...and being groped in very private places--OMG!
****
Keep in mind, this was the age when guys aggressively groped and it was up to the girls to put the breaks on.  When they actually taught us in Home Ec class that if you were going on a date you should learn as much as you could about his interests to get the boy to talk about himself.  But nice guys knew no meant no.
****
Paul was not a nice guy.
****
He morphed into one slimy octopus!  Hands everywhere!!  I kept pushing him away and telling him no--even tried to grip his hands with all my strength...but it just seemed to egg him on!  I realized he was much stronger than I was and was incapable of hearing me.  OMG!  I could actually lose this battle!  And I didn't know what that even meant!  I was in way over my head--suddenly felt so very young-young-young!  What was I doing thinking I could date a senior!  Or date at all!  OMG!!
****
Confession.
****
Some kind of natural female instinct took over.  It's embarrassing, but I totally changed tactics and played the dumb blonde card.  Hit him with a sweet, soft voice--"I'm sooo thirsty.  Could you please go get me a coke?"  Totally threw him off guard.  He tried to sweep the request away, of course, and leaned in to try to slide his hand under my skirt again.  (Yes, we wore skirts--when pants and a chastity belt would have been more useful.)  So next I hit his pocketbook ego because he had bragged to me several times about having a job.  "Do you mean to tell me that you asked me out and aren't even going to buy a girl a coke?"  Dramatic pause.  "Oh, I'm sorry.  Maybe you don't have enough money for that?"
****
He was angry and grumbled something about not wanting me to cool down.  I had no idea what he was talking about--just promised him I wouldn't cool down to get him out of the car.  To save his pride, he finally left to go buy me that coke.
****
As soon as I saw the back of his head pass the row ahead of us, I grabbed the keys out of the ignition, rolled up the windows, locked the doors, tossed the keys under the car, and ran all the way home.  (Got a puzzled look from the ticket taker guy as I sped down the road past his little booth!)
****
Never heard from Paul again.
Hallelujah!!
****
I hope I haven't put you to sleep. 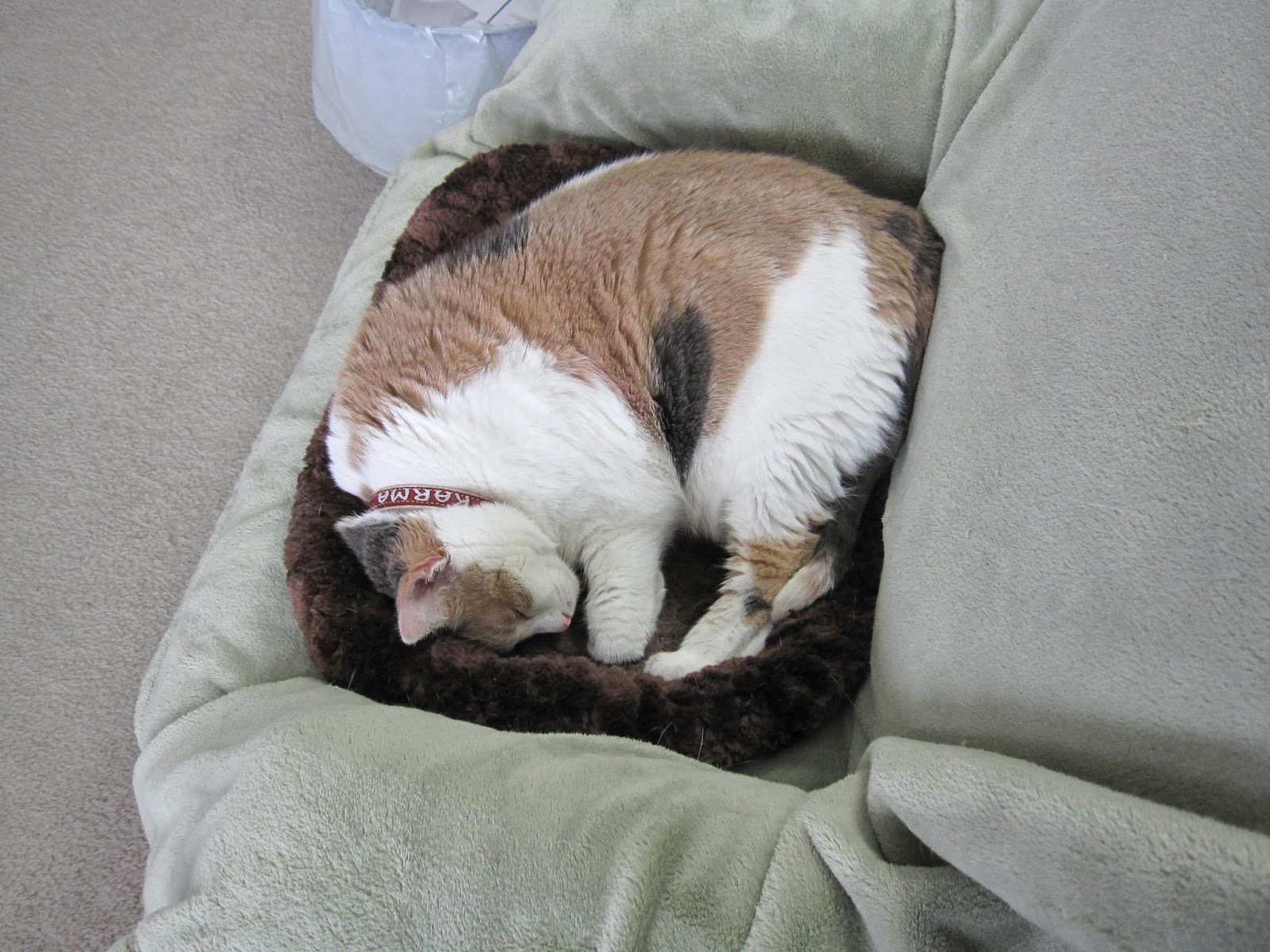 Anyways, fast forward to my second date--with John.  Now you can understand why I was so nervous on our date--LOL!  He asked me to go bowling at Maple Lanes--in the afternoon--a more public place--sounded much safer than the drive-in.  John has a birthmark on the one side of his face and I think that may have made him a little shy at the time, too.  But I always thought he was just sooo handsome with his olive colored skin, thick dark hair, and those sparkling intelligent eyes.  I was surprised when he asked me out--kind of awed as you are with people you have a secret crush on.  (Of course, everybody has always said everything shows on my face, so maybe it wasn't as much of a secret as I would like to believe--LOL!)
****
John walked over to my house to pick me up.  We walked all the way to Maple Lanes--holding hands!  He held my hand!  For a little over a mile!  In the hot sun...didn't even care that both our hands got sweaty.  :)  We bowled three games.  I can't remember what we talked about...just remember watching him bowl...smiling...and that he held my hand all the way home, too!
****
I was probably terrible company...never felt like I could just be myself.  When I'm nervous I either talk a lot or am silent--and I can't even remember which way the date fell.  Was still so very uncomfortable with liking boys...and, after that first scary date, was kind of secretly waiting for the other shoe to drop, you know?  Hoping John was as nice a guy as I had always thought he was.  And he was!
****
Even though he never asked me out again (but my crush lasted a long time), I was always so grateful to John for being the sweet, upright young man who showed me all guys weren't two-sided animals and scary, insensitive, deaf jerks.
****
I saw John at the 25 year reunion...where I confessed my old crush--LOL!  He invited me out to their landscaping company and I got the tour of Mickman Brothers.  So I got to actually see how they had set up the winter wreath making business at that time.  Just remembering wandering through the machines and employees, the strong green scent of the building comes back to me.  Anyways--thanks, John!  :):)  Not that he'd ever read my blog--LOL!
****
So now you know the rest of that story.  :)
It's sunny and five below.  Karma is just about in the same position on her chair as in the photograph above...snoring softly.  Yes, Miss Karma snores sometimes.  ;)  Now I am off to work on the rest of my Christmas cards...humming and singing.
****
Make some happy memories today!!  :) :)
****
"No memory is ever alone; it's at the end of a trail of memories, a dozen trails that each have their own associations."
Louis L'Amour