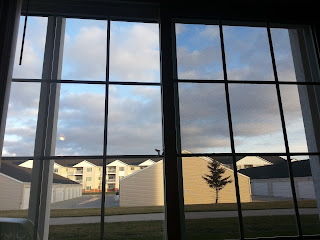 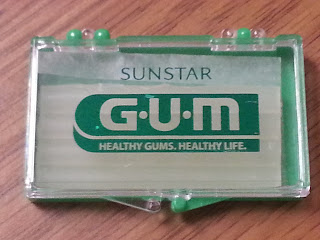 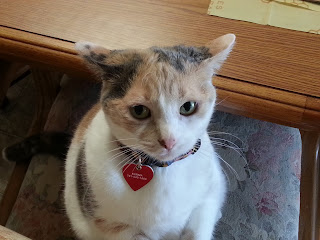 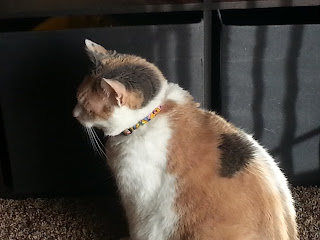 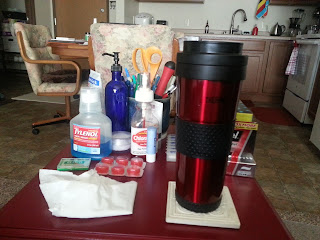 Your post today made me smile, you are sure going through a lot just now. Karma seems to need some entertainment....I hope you will soon be feeling better from Allen's and sides, take care of yourself, hugs, Valerie

It's taking too damn long for you to get better!!

What a lovely quote Rita. Sorry to hear you are still battling your illness. It appears tis' the season and much of this upper respiratory stuff is going around-even here as hubby just yesterday came down with it. Good for you to be getting cards done despite not feeling well. Haven't really thought about mine yet...poor Karma does look a bit miffed, and perhaps one of her toys is in with Ian's clothes? Wishing you well, a happy T day and a happy Thanksgiving too!

Good to see you are feeling good enough to blog! Yes all your snow came this way but today it is melting. I am off to the couch and Netflix...you will get a charge out of How To Get Away With Murder! :)

hoping you and cranky kitty cat both get back to 'normal' soon.

So glad you are feeling better. I know form experience how this thing can hang on forever. It was very warm here today a whole 63° which had me outside trying to finish up the garden coverup work I was doing when I got sick. It's almost completely done now. I just need a few more big cardboard boxes. :)

I think Karma wants something to happen that she can watch or complain about. We all get like that once in awhile. Feel better, Rita. That's an order! :-)

That's a beautiful quote, Rita. Thanks for sharing it with us. I hope you are soon feeling better. Our weather is warm one day, freezing the next which makes it really hard to stay healthy, but so far I have avoided it. Hope you have a Happy Thanksgiving!

Hope you are feeling well by Thanksgiving. I'll be thinking good thoughts for you to be well by then.

I can relate to the slow internet. The other night it took me FIVE hours to load my photos. Just barely made it in time. I kept getting pop-up boxes, too. Mine were bad script and/or plug-in problems. It's a daily occurrence, especially when I visit others or try to add photos to my blog.

Boy, do I know that ears-back look on Karma. And the swipes. Not from Bleubeard, but from Squiggles. There are days I could strangle him and his hatefulness.

Here's to your feeling better. Thanks for sharing your mug, Karma, and week with us for T this Tuesday. Happy Thanksgiving, too.

Happy Thanksgiving, Rita. Please email me your new address so I can keep you on my Christmas Card list! Hope you have a wonderful weekend and get better soon!

You talk about your weather, and I shiver lol. Our high today was in the low 60sF (61, maybe?), and I wore a jacket. I'm glad you're feeling better :)

I don't think I've ever seen a straight on face shot of Karma before. She certainly did look crabby. :) Gracie gets very demanding of attention at times too...usually when you least want to give that attention.
Hope you are the mend soon. I had food poisoning last Friday night...or maybe that would be early Saturday morning. AGH! That was awful.I haven't thrown up that much in ages. Luckily it was a short lived episode.

Beautiful quote. I don't think I've mentioned it but I always look forward to the quote you post at the end of your messages. Hope you feel better soon.

I hope both yourself and your sweet kitty feel better very soon! Happy Thanksgiving to you. :)

That is a wonderful quote.
I'm glad you are on the mend but sorry that you're stil not back to normal. But it's good that you've got the cards done and are progressing. Maybe Karma would like to chase a bit of string around. That never failed with our cats :)

I hope you get well soon Rita. Would love to see the Christmas cards you are making.
Wishing you a wonderful Thanksgiving with your dear ones
Susan

It sounds like Karma thinks your sickness has gone on long enough. Good that you are feeling a little better though.

It is probably wise to actually use the gum putty actually meant for your mouth. hehe

Enjoy the rest of your week. xo

That first photo is lovely!

Awe poor Karma. Although I am sure she is happy in her new home!! Darn colds. I caught one too right in the middle of our renos. Unfortunately no rest here as we have to keep going. Hope you can shake it Rita. Cheers to a happy Thanksgiving for you and your family!!

My goodness this has been lingering for you. I hope you shake it off completely and soon. I empathize with your computer woes. I have downloaded but hesitate at instill my newest update for Mac. It tells me outright that a couple of my much needed applications will not work.. so I need to upgrade them first.. lest I lose out. Ugh!

Hope you are feeling much better and that you had a very happy Thanksgiving. Now forward to Christmas....

Happy Thanksgiving! Flash woes on McLap or not, you have a lot to be thankful for!

Wishing you a magical week,
artmusedog and carol