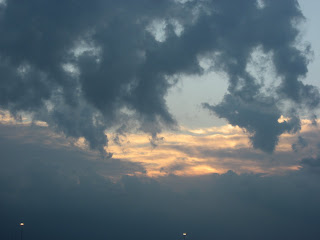 Wow! I feel like I'm left hanging....can't wait for the resolution of how the broken person you were became the basically optimistic and sensitive person you currently are.

Some people are just cruel and don't care who they walk over in an effort to get what they want. I'm just sorry to hear that you seem to have been married to two of those types of people.

Gasp. Double gasp. Whew, Rita, the fact that you survived all this is... simple amazing and inspiring. No matter what you say after this, I know you are a good and caring person today. It's no miracle, but simple determination...

I know this story has a happy ending...but I'm sorry for the sad beginning!! Hugs!

Rita this is so heartbreaking and yet I know you have your happy ending, It broke my heart to read this and I sure hope that those boys with that bad crazy man did not suffer too much and I can only imagine how they feel towards their dad now. You have truly lived a rough life, HUGS!!

Carol--Yup! This is one of the things that happened to help me get to where I am today. One of the big ones! :)

Tori--Well, I really do believe that we attract what we need on a soul level. I probably wouldn't have learned the things I did if it weren't for the situations and people I attracted. I wouldn't be the me I am right now, right?

Djan--LOL! How True! It was a lot of work to get to here--a lot of soul searching and hard lessons learned. Been a bumpy path, and this is just a small part of it. No wonder I've been so thrilled to have such peace the last six years. Absolutely heavenly!! (I do not count the physical annoyances.)

Lynn--I've often wondered about them, too. I did see the oldest boy when his father was being sued years later (accused of molesting the next wife's daughter) and he apparently admired his dad. (Just seeing that man made my insides shakey years later.) The prosecution called me as a witness--and yet he and his dad thought I was on their side!!!??? Until I testified.
Amazing how people can have selective memory. Because I didn't fight back, scream, or yell--the man thought we had an amicable divorce!! But all the years of drinking--how many brain cells were left. I really wouldn't want to run into him alone after testifying about his violent nature. He was livid! Waiting for me outside the courthouse! I had to have several people walk me out of the building. Was living in another state at the time and didn't hang around, I tell you!
Yup! I've had quite the colorful life--LOL! A sense of humor is essential. ;)

AliceKay--I've had a colorful life, as they say. ;)

AH, wow! My ending thought to this post was "so what if you were different? You bleed just like everybody else" and well then I thought you obviously already knew that.

Sitting on pins and needles, waiting to hear the next segment!

Nikki--Yup! I'd done enough bleeding to know that--LOLOL!! I've been posting segments every day. Didn't know it would take this long--hehe! I will get to the end, I promise. ;)

I'm hanging on by my fingers. You brave woman. Terah

And that's why I say that if I had the chance to go back and change things from my past, I wouldn't. Better to be the people we are now from the choices we made then than to go back, change things, and possibly end up making ourselves the kind of people we don't want to be. Right?

Terah--Not sure if I was brave or just stupid--LOL! I hope to post one part a day till I am done. ;)

Tori--I'd never want to go back. Took too much work to get here. And if I didn't have all these very things happen, I wouldn't be who I am today. Totally agree! :)

I'm finally feeling a bit better so I am trying to catch up with my reading and this... is heavy duty reading.

No matter if you do say, "it made me what I am," I wish you had met someone who could enjoy all those things you have to offer a soulmate. "If only" is a phrase the shrinks say, Ut ut ut! no... you don't want to say that"...

Iggy--Oh, Sweetie! I didn't know you weren't feeling well! And then I have heavy duty reading to boot. Sorry.
If I had actually met my soulmate (I did believe I looked hard--LOL!) my life would have been so different and I would definitely not be the same person now. But I may have been very happy with him to this day, I suppose. I'm not much one for the "if only"s. Not much for regrets. Life is too short. :):)
Feel better!!! Hope you have a great Wednesday! :)