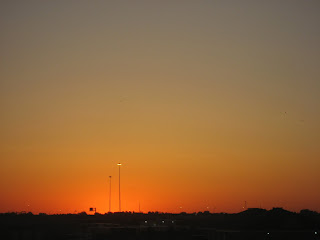 ...that burst over the horizon and turned the sky blue. :) 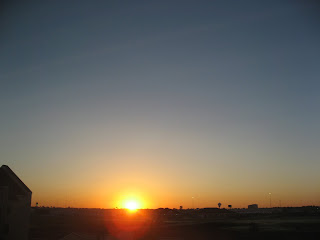 I watch the sky in reverence some mornings.
****
All the parts of my Office Max order finally arrived. I don't know what their problem was, but the first thing to arrive Tuesday was this resume paper that they had said was back ordered?? 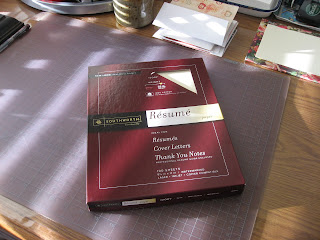 I've used this before. It's okay. 32 lb weight, so it's thicker paper--but it's a little rougher and more absorbent for fountain pens. Works okay on fountain pens but is better with gel, ball point, or rollerball...or a printer--LOL! (Well, I can't afford all fancy schmancy paper.) 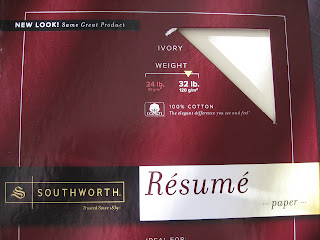 The rest of the order arrived yesterday. Caroline told me about these new Sharpie stick pens. She couldn't believe I didn't know about them. They have a fine point and aren't suppose to bleed through paper!! Well, I had to get me some. Caroline says she uses them at work all the time now. 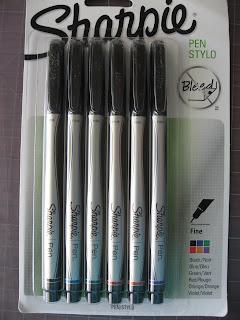 I got two clip paper folders--and, believe it or not, the smoke colored one was shipped separately...all by it's lonesome self?? Really? Three packages for one order? 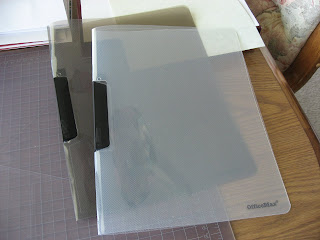 Anyways, I got this bigger box of parchment paper. 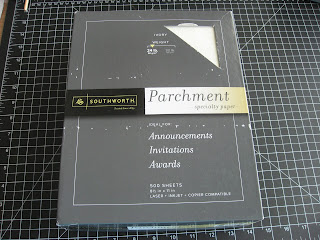 500 sheets of ivory. Never tried it before, but knew I could always use it for various things. 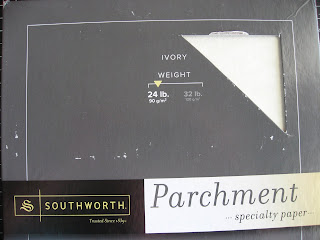 Here's a close up of the colors in the big variety pack of Sharpie pens... 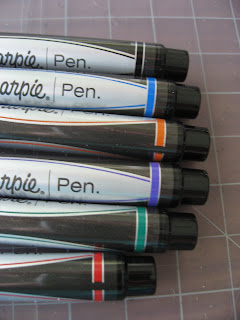 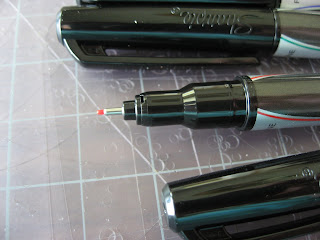 The selling point for me is the not bleeding through! Perfect for things like addressing envelopes...even different art projects...lots of things!
****
So that was the Office Max order. But what was with the people in the warehouse?! Sending it in three separate packages and getting the backordered item a day ahead of the rest? Weird! Or, as Dagan would say--are they on crack? LOL!
****
Now that I was back on days I finally decided it was time to make appointments. Called my dentist's (teeth cleaning) and they are closed until Monday. But I did get an appointment on the 14th for the new eyedoctor. Then called Pearle Vision to have them send over my files to "Eyes on 42nd". (Dagan wanted me to go to the same place he goes to--remember Dagan found out he has glaucoma last year and I was "glaucoma suspect" and supposed to follow up in a year.) I'll let you know how that goes.
****
I decided not to make an appointment with the rheumatologist. I just go in for yearly check-ups and he even told me I could come in less often if nothing had changed. I don't need him to renew any prescriptions because the Tramadol is like taking nothing, they quit making Darvocet (have one last bottle that I save for really bad days because I can't get any more), and I have tried a couple others and they make me sick because I can't use medicines that are related to morphine/codine for more than a very short time because they make me dizzy, nauseous, and I will just barf them up--LOL! Come to think of it...maybe that has a lot to do with this being a very bad year for me, too. No pain pills. Duh!!
****
Anyways, I thought I'd wait for a while. My lower back and right hip have been giving me a little extra trouble here and there. Might as well wait till they are more consistently annoying and then maybe have them x-rayed to see how bad they are. Not that it will make any difference. I already know they are bad--LOL! There's nothing they can really do about OA, anyways. I'm going to play it by ear. But I won't wait two years, that's for sure.
****
Anyways, enough boring health talk! ;) Dagan came over after work. Leah was going to stop at a couple stores and asked me if she should just finish all the shopping that night or repot the plant. I said get the shopping over with and we can do repotting next week. Leah picked up potting soil, and butter, and Karma's "fat cat" foods from the Natural Pet Store for me. (Thanks, Leah!! *hugs*)
****
Dagan and I hung out and ate dinner and gabbed. I showed him the invisible ink! He (and later Leah) were a little more than mildly impressed! Leah has a black light that she uses for ValleyCon! So I told them...if you get a blank piece of paper in the mail....LOL!
****
Miss Karma was being really friendly to Dagan! I don't know what has come over Miss Antisocial lately but she has been friendlier on occasion? Of course, we never knew why she suddenly became unfriendly in the first place when she was around two years old. The mysterious mind and moods of Miss Karma. *sigh* What a goumba! But it is very nice to see her be more her real self with other people. :)
****
Cashwise isn't apparently carrying the 1 lb. chunks of butter anymore. The last two months (because I have marked "no substitutions" on my order) I haven't gotten any butter. Leah said they have been harder and harder to find. People don't buy the bigger chunk butter anymore, I guess? Am I, again, destined to be a fan of the obsolete? Leah and I have the same big glass 1 lb. covered butter dishes. How annoying. Cashwise should take it off the website if they aren't carrying it anymore. Leah is going to keep an eye out--for both of us. I'm just curious--do any of you use the l lb. chunks or does everyone use sticks or tubs?
****
Goodness! I have been posting every day lately. Don't worry, it won't last. I've just had fun things to show you...and boring things to talk about, right? LOL! I'll let you go this morning. I have the last True Blood episodes arriving today--and I have been testing all those paper samples. Not everybody's cuppa tea, but sounds like heaven to me--ROFL!!
Later.... ;)
****
"Our listening creates a sanctuary for the homeless parts within another person."
Rachel Naomi Remen
Posted by Rita at 9:00 AM