Been so hot!  90s and air so thick you could cut it with a knife. 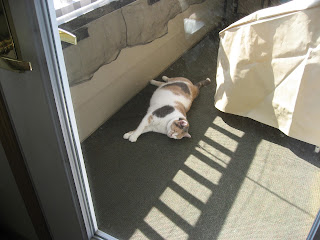 Karma likes to go soak up the heat in the mornings before it gets too hot. 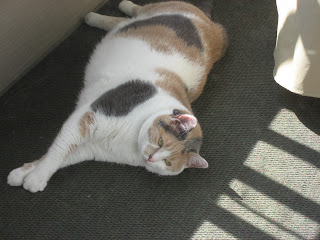 And how can she still hear me sneaking up on her with the door closed and the air conditioner on?  Maybe she had her eyes cracked open to watch for swooping swallow shadows? 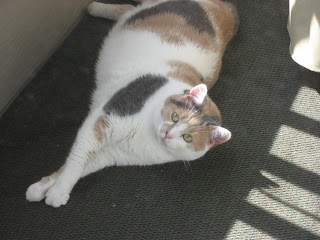 There were two police cars and an ambulance here for the better part of an hour on Thursday afternoon. 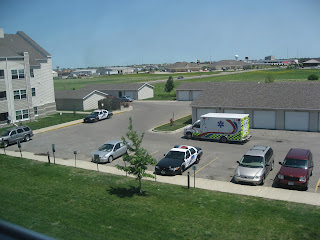 I noticed they eventually backed the ambulance up to the sidewalk but I never saw them wheel anyone out or noticed when they left.  I'd make a absolutely dreadful spy.  An ambulance is a rarity here.  Well, as far as I know.  Admittedly I don't pay close attention and if I'm looking at anything it is usually the sky--LOL!  If this one hadn't been here for so long I probably would have missed it.  ;) 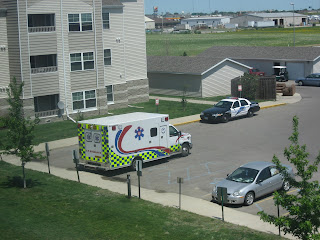 Here's the 37 year old denim shoulder bag I made when Dagan was a baby.  This photo shows the actual color. 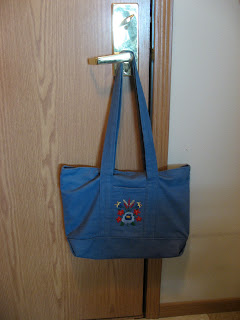 I took a close up of the embroidery that's on the front and back pockets (in the sun) and it looks all washed out.  The above colors are more accurate.  That big center flower is more sky blue.  Oh well.  You can see how well the embroidery thread has held up after all these years and many washings.  Don't ask me what kind of thread it was, though.  Too long ago for me to remember. 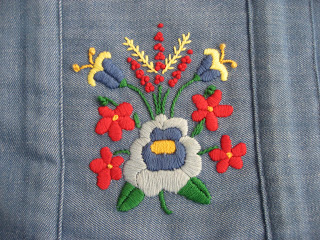 Dagan and Leah came over Wednesday night for Sacred Circle.  The first thing we do is pass around the talking piece, which can be anything you can hold in your hand.  This time we used the crystal that's in front of Dagan on the table.  No one else is supposed to talk while the person holds the talking piece.  Okay.  I admit it.  I often have a terrible time with this part because I always have questions.  I was miming so much I had them both giggling because it turned into charades--LOL!
**** 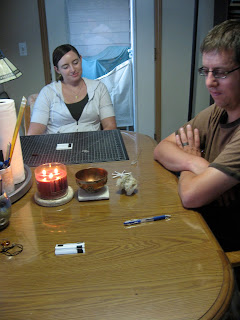 Then we write down on slips of paper the things we either need help with or are grateful for.  We silently think about each one of them before we take turns lighting them one by one and dropping them in the burning bowl (the little copper bowl in the center of the table and why we need a candle).  It's like sending up your prayers up in the smoke.
****
You can write down negatives you want to release, but we kind of quit doing that years ago because it seemed better to us to phrase it in the positive--what we need assistance or help with--and not to focus on the negative, you know? 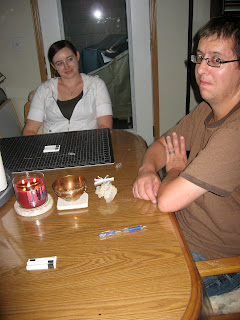 We don't always do the Healing Rune Stones, but we tried them first this time.  They weren't working very well or we had too specific of questions--LOL! 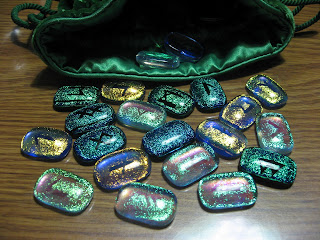 So, we went to our old standby--The Angelic Messenger Cards (by Meredith L. Young-Sowers).  You can see each card has a close up of a different flower and a word.  With these we try to be less specific, just ask what it is we need to focus on right now on our spiritual path, and pick one card. 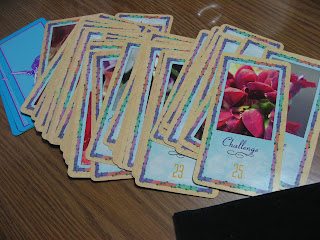 And they were truly right on that night!  We each got something pretty specific and personal.  Was a wonderful evening!! 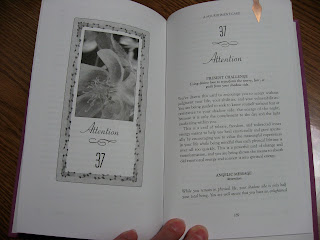 What is Sacred Circle?
It's just gathering to connect and support each other on a spiritual level.  A time to refocus and ground yourself--to think and talk about choices and the direction of your path.  Everyone in Circle is there to be a positive support to everyone else in the circle on a soul level.
****
For several years before I left Minneapolis I was in a Women's Spiritual Group.  They told me about this book: Sacred Circles by Robin Deen Carnes & Sally Craig. 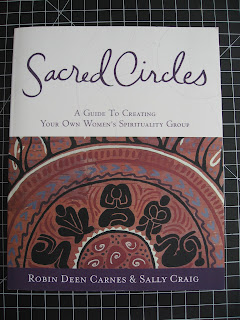 Now, I haven't gone back and read this book for a dozen years (makes me think I should read it again), but I have to say that Sacred Circles are not just for "women".  We even had guys come sometimes to our group in Minneapolis, too.  I think stating that it is just for women is sexist.  I think the most important thing is to have people who fit into that particular group.
****
You can adapt the Circle format any way you wish.  Can even change it up every time if you wanted to.  Usually you have a way to begin that you stick with and a way to end (which we usually forget, to be honest).  I remember the book had a lot of ideas and suggestions.  You can do guided meditations, share knowledge (even have a class on something), have guest speakers...it is really up to the group.  We even went on little "field trips" together--not on Circle night, though.
****
The Women's Group in Minneapolis was very into Native American practices and so I am not sure if the burning bowl ceremony isn't something I picked up from that Circle?  It might not even be in the Sacred Circles book.  I just love doing the burning bowl!  And Dagan and Leah have a little bit of pyro in them, so they like to do that every time, too--LOLOL!
****
I do my own thing alone on New Year's Eve every year, but I guess you can't call that a Circle.  Maybe that's me doing Sacred Space?  ;)  I have to say that when the Circle gets much larger than 10-12 people it really loses the intimacy.  I thought it was better with about 8 or less, actually.  We only have the three of us--and that's probably why we get a little less formal, forget to have the ending, and I mime or blurt out questions (shame on me!).
****
Regardless, it is such a wonderful thing to have people who care about your soul and want to help you to be the best person you can be.  What people discuss in Sacred Circle is private within the Circle.  It's a place where you are safe and supported and not judged.
****
Because I sat up at the table for about four hours that night, my back is still recovering--but I'm much better today.  Washing clothes, in fact.  They're talking 106 degrees!  Lordy!  Lordy!  You might as well say the sky's on fire to this Minnesotan!  ;)
****
Heaped blessing upon whoever invented air conditioning!
****
Stay cool--or warm, depending on where you live.  :):)
****
"Life is either a daring adventure or nothing.  Security is mostly a superstition.  It does not exist in nature."
Helen Keller
Posted by Rita at 12:53 PM