We've had some pretty sky days, but still too hot and humid to open up the apartment.  Been up close to 90 degrees every day.  Expected to be in the low 90s the next five days, too, with thunderstorms possible every day but Saturday. 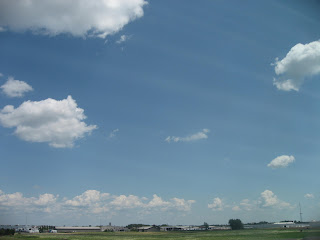 The days have been flying by.  I hadn't realized it had been so long since I posted.  First I found some color charts to print off--I think they were on the Tim Holtz site--for various inks and such. 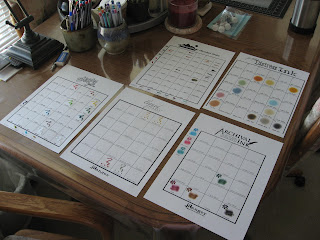 You know you've been crafting a long time when some of the ink pads you have aren't even listed on the official chart--LOL!  I started sticking things on the side margins. 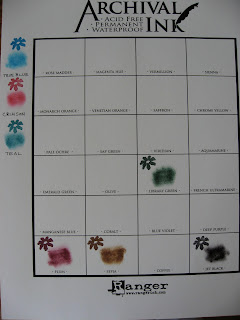 Had some old Stickles, too. 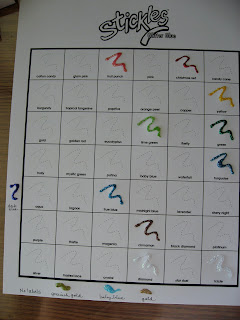 I only had one actual alcohol ink from the chart.  My sets are so old, I guess.  If something was close, say had half of the new name, I put it in that square--LOL! 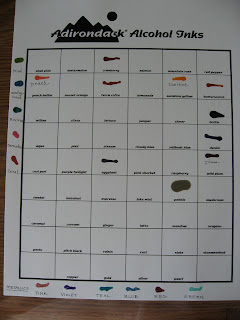 I do have a few distress inks and all the names were still listed.  Funny how this color chart project took up a whole day. 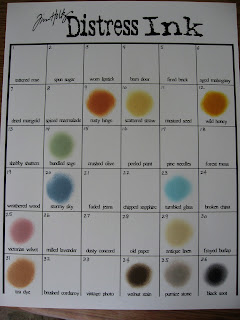 Karma has been begging to go out... 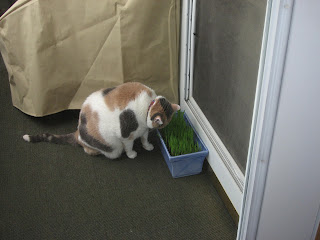 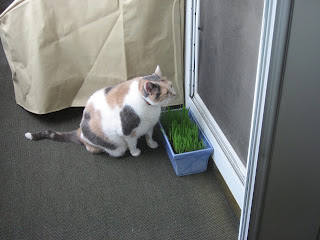 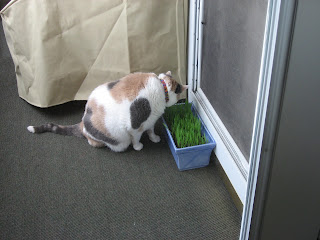 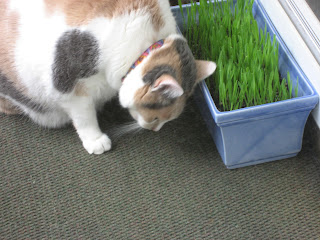 Between begging to go out to eat grass and begging for the string toy with the Lindt chocolate wrapper she's been driving me nuts! 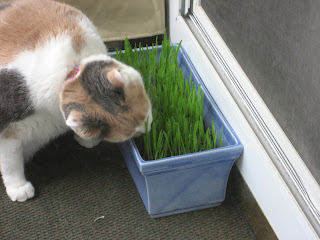 I did get a couple layers of wash on a page spread in the WC Visual Journal a while back, but never got any farther yet. 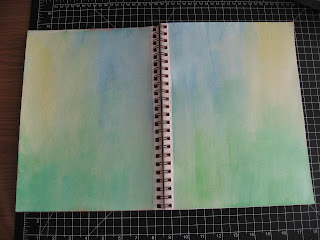 So what else have I been doing... 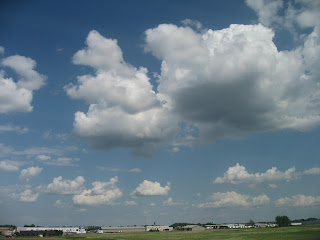 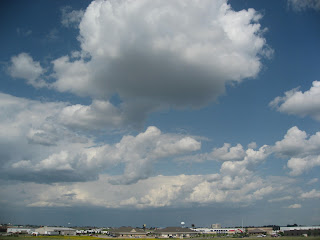 Cleaning and organizing in the linen closet (notice some of the pretty boxes and the covers in there)... 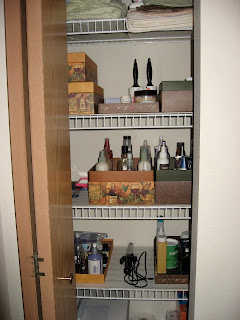 ...and the bathroom (a couple more boxes).  I also went through a couple of the drawers in the little dresser in the bathroom and part of the medicine cabinet. 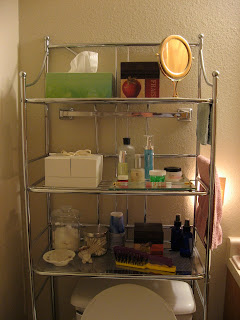 Some of you may wonder why I would use the pretty boxes in closets and drawers--well, it's kind of like wearing pretty underwear.  Nobody else will see it, but you know. ;)
****
I still have more to do in there.  Under the sink, finish the medicine cabinet, and more purging.  You know how you can keep things way too long?  Well, I had a face mask that sounded like rocks when I shook the bottle--ROFL!!  But after a couple days of cleaning in there I need a break.
****
Now my desk is full of paint bottles, misters, gesso and mediums.  Most of this will find a brand new home in the new wall shelf unit... 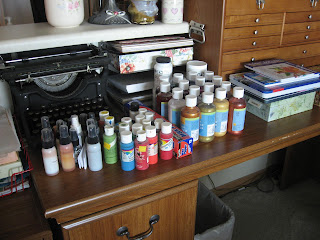 ...which arrived yesterday!!  I was surprised because the first expected day was supposed to be Thursday.  Two days early--whoohoo!  I was delighted because I won't be home a lot of Thursday because I have an appointment with my rheumatologist. 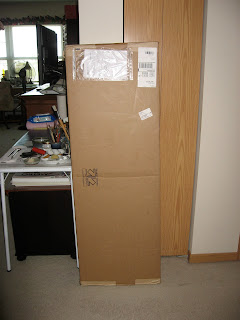 So, today--Caroline comes to clean this afternoon and then Dagan and Leah will stop by briefly after work to unpack the shelving unit so Leah can check it out and see if she needs anything extra to mount it on the wall.  Just so she knows what she needs when they come to assemble and install it later on.
****
Tomorrow--another senior bus trip, if all goes well (IBS).  I'm not eating today or tomorrow until I get home, but I'm not planning on taking any anti-diarrhea pills.  So, hopefully I will be okay to go.  It worked for the dentist last time.  ;)  If not--I'll just have to reschedule.  It's only a check-in type appointment.  Nothing new is happening, but I haven't been for a couple years.
****
Meanwhile--I probably won't get much puttering done today.  Have to pace myself.  I have letters I owe, so I could maybe work on some on those before Caroline arrives if my shoulders and back are feeling cooperative--LOL!  I'm just amazed at how quickly the days fly by sometimes.  I've kept it closed up so it's cooler and not humid in here--felt better lately and have been able to get some of the cleaning and organizing done.  Nice!!  So that's what I've been up to.  :)
****
And Karma is crying by the bookcase for her string toy...again.  Really?  This goes on all day long.  Three or four sessions a day is plenty.  She's like a toddler who could do the same thing endlessly for hours.  When she's too tired to chase it anymore she thinks I should just entertain her with it while she lies there.  Right.
****
Cats pretend not to understand "no" when it's not to their liking.  Two can play at that game.  I can pretend I don't understand cat...no matter how loud she pleads.  ROFL!  ;)
****
Have a super day!!  :):)
****
"The greatest surprise is that there is anything at all--that we are here."
David Steindl-Rast
Posted by Rita at 10:18 AM