Over at Stamping Ground it's WOYWW.  This is what is on my art desk this morning. 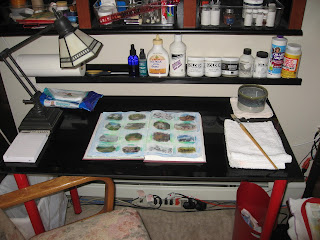 I'm doing this workshop called Unearthing (one of the 21 Secrets Workshops).  This one involves making a collage painting about dreams.  I'm just doing a page spread in my journal, though.  We were supposed to pick something positive, wonderful, and even magical from our dreams.  I immediately thought of time-jumping!!
****
I used to have them very rarely, but in the past decade they have been quite frequent.  The most common way for them to occur has to do with transportation or how I am traveling.  Kind of hard to explain... 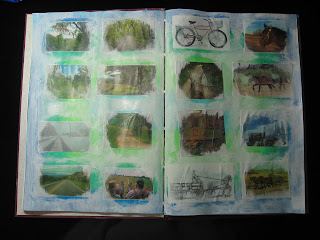 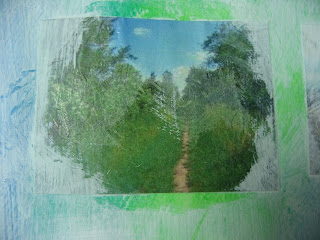 ...and suddenly I'm on some type of bicycle...or, most commonly, I'm on horseback. 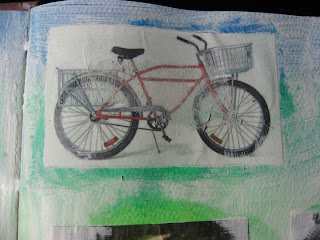 If I start out in a car in present day...I am often suddenly sitting on the back of a horse cart.  Happens in an instant. 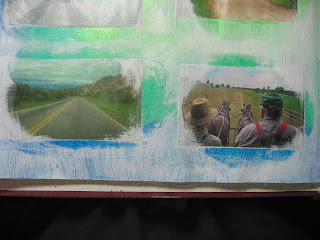 I don't know why most of the time I go from a car to an open cart, but I have also ended up on covered wagons, gypsy wagons, and carriages.  Most commonly there's only one or two horses, but occasionally there are several teamed up pulling us along. 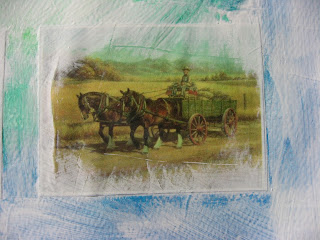 I am most often alone on horseback or alone in a small cart pulled by a single horse...occasionally walking and leading a horse who's pulling a heavy cart.  Lots of horses in my dreams.  Of course they were everything before automobiles, tractors, and trucks.  I have only ridden a horse once when I was a kid in this life (and apparently how to ride them without bouncing and smacking your bottom repeatedly didn't come instantly back to me from some past life--ROFL!), but I have always felt drawn to horses. 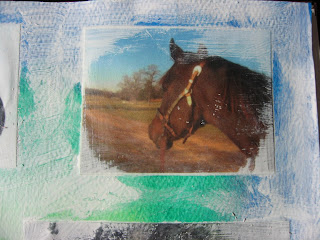 I tried to make the pics kind of peek out from the gesso like I did with "little me" in a previous spread--thinking it would make them dream-like.  It worked okay on some of the pics, but with some of them the paper started to rub away.  I might not have put enough of a ModPodge layer over them when I glued them down--because I found all the pics on google images and they were all printed on the same copy paper.  See I am learning new things with every workshop.  :)
****
Anyways, doing this workshop is fun for me no matter how it turns out in the end because I really enjoy my time jumping dreams.  Ever since I can remember as a child I have always dreamt about people I've never met, places I've never been, and other time periods.  Frequently I meet people I know I should know in these other time periods...but they don't look the same...and sometimes aren't even the same sex.  But then I am occasionally male, too.  I can know exactly who they are right away...sometimes it will come to me as we spend time together in the dream...or sometimes I can't quite figure out who they are but I know I should remember them.  Do any of you have dreams in other time periods?  Anyone else time-jump?
****
Anyways, my Amazon order arrived! 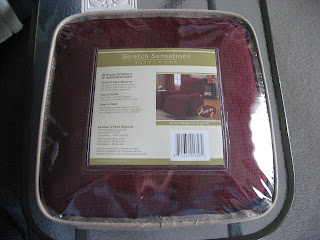 My red chair cover!!  (Haven't taken it out of the plastic bag yet.) 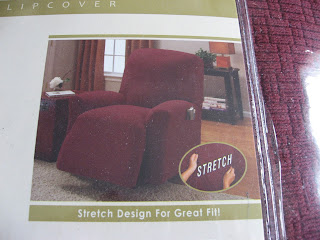 A bread machine cookbook recommended by Jeannie.
Thanks, Jeannie!  Can hardly wait to snoop through this! 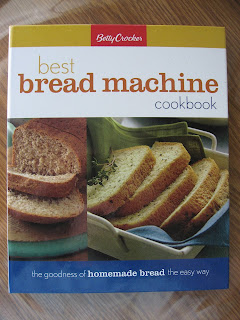 The new envelope punch board for making your own envelopes.  Whoohoo! 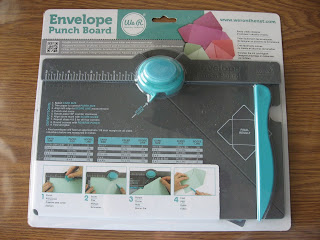 I thought this was a longer bread paddle when I ordered this one pictured below. 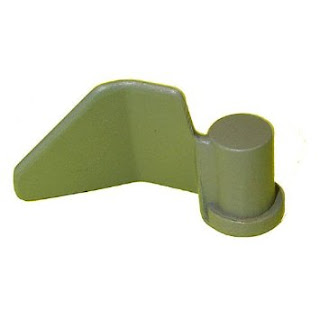 But, as you can see, it is just exactly the same as the other grey paddle I bought that looks similar to the original old one I was replacing (on top). 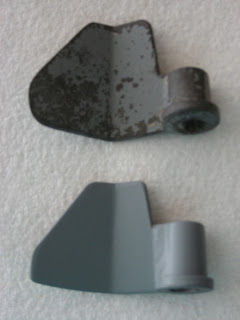 Which is okay, I guess.  I was able to throw away that old yucky one now that I have a new back up paddle. But it doesn't look like the picture to me.  I was thinking maybe a longer paddle might not as readily leave little bits on the walls that get baked into the sides of the bread loaf.  Oh well.
****
So that's it for today.  We have sun this morning for the first time in three days! 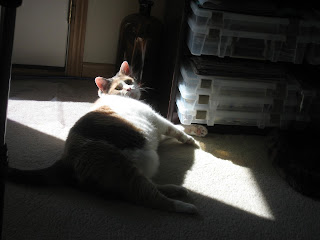 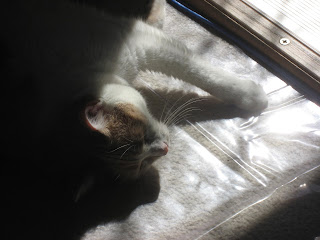 Karma was so happy to see the sun. 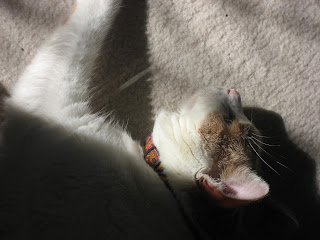 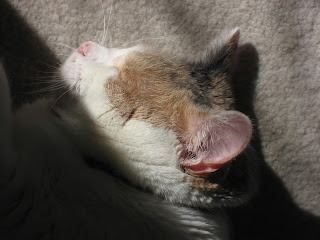 But right this minute she's on the porch watching the darting shadows of the swallows dancing and swooping about in the wind...and she's praying one of them will land on the railing.  The swallows are apparently just as delighted with the sunny day.  Ahhh!  The little pleasures in life.  ;)
****
Have a fun day!  :) :)
****
"To see a world in a grain of sand
and a heaven in a wild flower,
Hold infinity in the palm of your hand
and eternity in an hour."
William Blake
Posted by Rita at 9:31 AM