Puttering while I was recovering. Got out the dip pen and ink supplies. Using a dip pen is a slower process from a slower time--was such a nice change. I am a blatant pen fanatic! 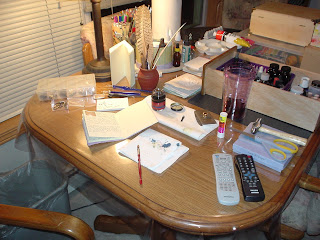 Made a couple more bookcards. Been using them up one by one and sending them off in the mail. 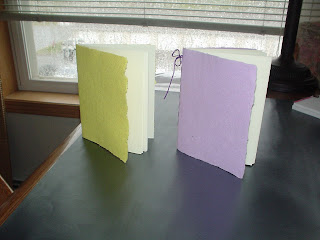 Watched a movie called Tully that just warmed my heart! Had that MidWestern farmer thing going--so some people might not like it, but I was glued, and cried! I thought the acting was excellent and that they captured the nuances of those unspoken emotions. Interesting storyline and great characters--to a MidWesterner, anyways--hehe!

Through the eyes of eldest son Tully Coates Jr. (Anson Mount), this drama explores a legacy of love and deception among a family of men and the fateful events of one summer that change their world forever. When Tully discovers a long-buried secret that now threatens his family and their farm, he decides to confront his father about the ghosts of a past that have pushed them apart.

Watched another Independent film while I was laid up that I really liked--Rory O'Shea Was Here:

Although he has muscular dystrophy, Rory O'Shea (James McAvoy) refuses to surrender to the desperation of his life and instead embraces the potential in every day. When he moves into the Carrigmore Home for the Disabled and befriends the deeply bored Michael (Steven Robertson), a young man with cerebral palsy, Rory infuses his pal's life with renewed hope even as he struggles with his own demons.

Not often you see a film where the two main characters are in wheelchairs--one of them you can't even understand when he talks (but Rory becomes his interpreter--he has the "gift" to be able to understand Michael). I found it realistic, funny, touching, and uplifting.

For you animal lovers out there, I watched Never Cry Wolf. Needless to say--was really good:

Carroll Ballard's adaptation of Farley Mowat's autobiographical novel follows Mowat (Charles Martin Smith) into the tundra, where he's supposed to study the harm that wolves inflict on the caribou herds. As he struggles to make it in the harsh surroundings, he comes to the conclusion that the caribous' worst enemies are not the wolves at all. Hiro Narita's cinematography is spectacular, and the evocative sound was nominated for an Academy Award.

Enjoyed them all! I do so love Netflix and being able to find these little non-mainstream gems!!

Glad I had such wonderful movies arrive while I was sick and glad that I am feeling better now. :)
Posted by Rita at 11:13 AM