Had some dark cloudy days. 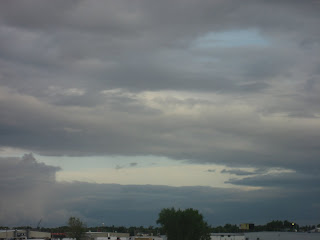 Rained a little, too. 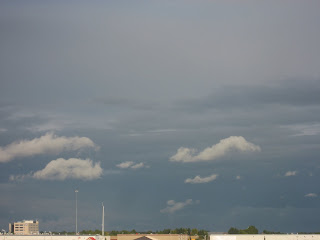 Been in the 30s at night and 50s during the day. The fern and philodendron were not looking very happy in the chilly wind, so I took them inside. At first I had the fern on the low table from the porch, but Karma immediately started chewing on it. So, I put it on a higher folding table... 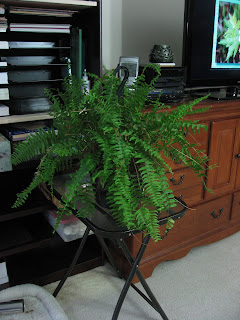 ...which Karma apparently took as a challenge. Every time I turned my back she was nibbling on the ends of the fronds! 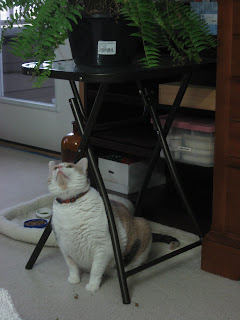 The philodendron is so long the only hook I could find to hang it was in the bedroom in front of the window...and draped the longest tendrils on top of Karma's stroller. 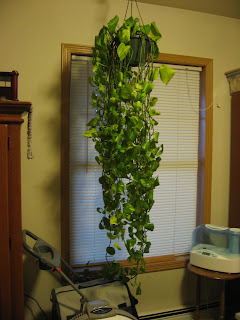 Both plants look much happier...but now I will feel guilty if I have the bedroom window open and it's too cold for the bottom half of the philodendron--LOL! I kept the window shut last night. ;)
****
Yesterday I discovered a package in the mail from Iggy!!!
A "Beach Wisdom" 2012 calendar. :) 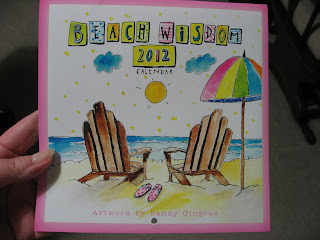 How exotic to the land-locked!! This is a sample page...with such "Beach Wisdom" as "don't fall for the trappings, if you try you can fly, you're going to swallow a little salt water along the way", and "life--don't over-think it". Love these loose watercolor and ink sketches! 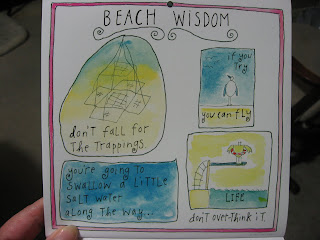 Thanks so very much, Iggy!! What a delightful surprise! You made my day. :):)
****
I was really annoyed yesterday to read an interview with Susan Lucci (Erica from All My Children) where she said the finale was going to have a couple of big cliffhangers!! After they promised to wrap up the story lines?! Why? Well, Susan said that they will be continuing the show online...so I googled.
****
Looks like One Life To Live is going to be moved online, too. Apparently Susan turned the web company down, and I'm sure they'll lose even more of the main characters on both shows. So...apparently the end is not on Friday as we were told...and a morphed version of AMC will return in three months on a computer near you. Weird. But I was baffled as to how they were going to wrap up things in just a couple days. Now I know. They're not going to. I'm not sure what I think about that. Haven't even watched yesterday's show yet. Wasn't in any hurry to see how they wrap things up when now I know they are just going to leave me hanging.
****
Anyways, Leah dropped the sewing machine off on Monday. It may take him a week to even get near it, but I will eventually have my machine back in good working order. :) Leah has a couple of projects lined up, too. But...have to finish organizing and we have to make our Christmas cards first...looks like maybe a bit of sewing ahead this coming winter? ;)
****
I watched Everything Must Go last night. Will Ferrell played a serious, understated role in this movie that was not like his usual juvenile roles...and was the only reason I ordered it. I generally don't care for his pubescent humor...at all. But I was pleasantly surprised by Stranger Than Fiction a few years back, so I thought I'd take a chance on this one. Was pretty good. But if you are expecting his usual silliness, pass on this one.
****
Karma thought I was just writing at the craft table... 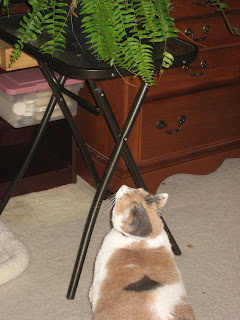 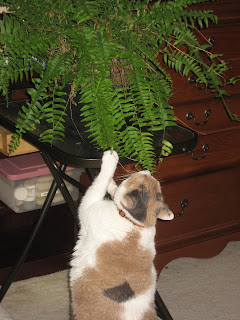 Stinker!
The fern will lose it's "newness appeal" inside, as it did when it was first outside. Will just take a few days.
****
Well, by this weekend we might hit 70...at least we'll be in the 60s, they predict, with no rain. 40s at night. I just might have to find someplace else to hang the philodendron at night--hehe! ;)
Have a great weekend!!
****
"The burden which is well borne becomes light."
Ovid
Posted by Rita at 12:34 PM