We had more sun than was predicted. Karma grabs her ray-naps. 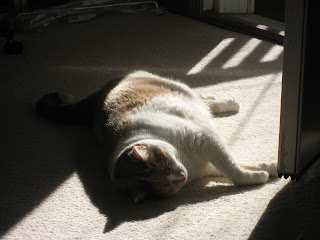 She knew I was taking pictures, so she stretched for me. Karma usually either speaks or reacts with some physical movement...or both--LOL! Those are her interaction languages. ;) 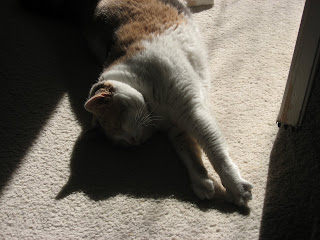 We had some sun as the roofers tore apart the other half of the garage roof under my window. 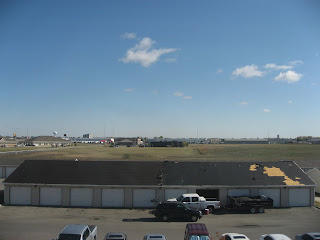 The clouds rolled in and looked like rain, but we didn't get any rain during the daytime and the roofers kept working every day. 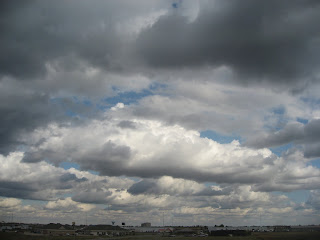 They got the first couple garages all done... 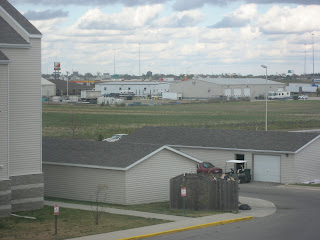 ...got the big front (to me) garage covered with new tarpaper... 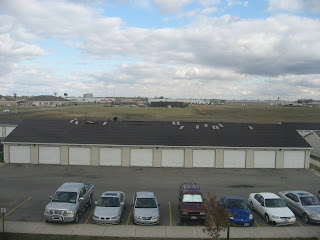 ...and started ripping everything off of... 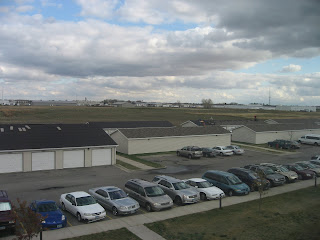 ...these other two garages in the back row. 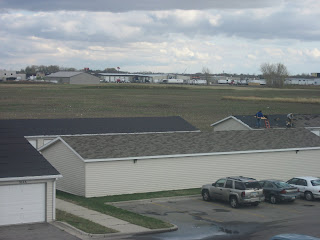 I know it is harder to see, but they skipped over my garage which is directly in back of the one under my window. I wonder why? 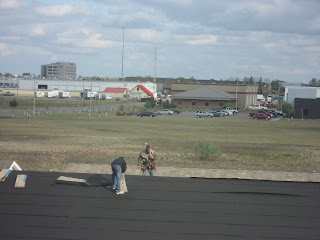 They left it Friday with what looks like new tarpaper on those back two... 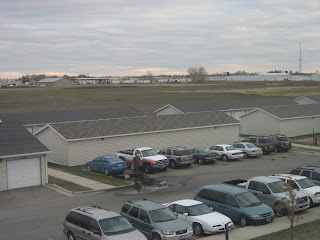 ...and the one under my window. Looked like they may have shingled on the backside of this one, tho. 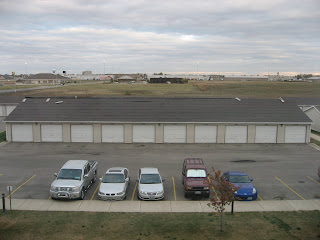 We had day after day of clouds, but if it rained it was after the roofers left. Chilly. They worked with hoodies and jackets on. I haven't seen them on this sunny morning.
****
Feels like the end of fall already--50s in the daytime and 30s at night. I've been just resting up and getting my energy back. Delighted to be sleeping at night and quite well. Funny how feeling miserable is so exhausting--LOL! And am just thrilled to be feeling back to my old normal pain and enjoying some sweet recovery time. Putter...putter...putter. Have a glorious weekend!! :):)
****
"I have sometimes been wildly, despairingly, acutely miserable...but through it all I still know quite certainly that just to be alive is a grand thing."
Agatha Christi
Posted by Rita at 10:42 AM