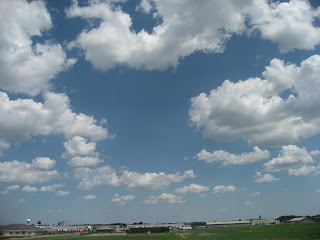 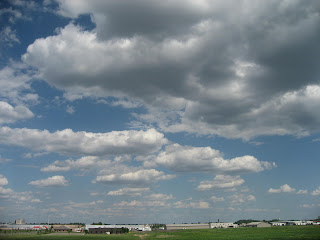 But we're back to sun and heat today.
****
Karma getting a bit of a belly scratch while I watched TV yesterday. 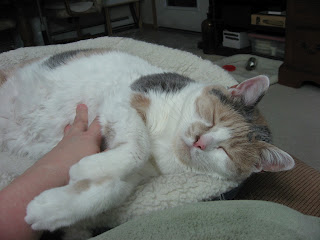 I wonder if this bothers anybody else about Netflix streaming?  Why do some of the selections get taken away?  You'll suddenly see in your queue that this or that one (usually several at once) will be unavailable in streaming after such and such a date.  And the date is in the very near future...like within a week or so!  Why?  If they list it in the streaming "instant movies" then why don't they just leave it there?  It's especially annoying when I have saved a series and discover I suddenly only have a week to watch several seasons...which has happened to me right now.
****
I wanted to watch a British series called Inspector George Gently.  The warning popped up a couple days ago that after the 7th it wouldn't be in streaming anymore.  So--I am watching one after the other to try and finish them before the 7th.  (Good series.)
****
And a couple of times a series has been in the Instant Movies section--well, not all the episodes were there??  Random episodes were listed as you had to order them by mail.  What?!!  That makes no sense whatsoever.  Especially since they make you pay separately for the streaming movies now and some people only have that and don't order by mail.  Duh!
****
So, I am watching the Gently series...and enjoying it.  But I think Netflix is biting the hand that feeds it, if you know what I mean.  They already don't have many of the newer, more popular movies and shows on their streaming in the first place.  Dumb move on their part to put selections on and then arbitrarily take them off again.  I'm home all the time and I find it an imposition.  Most people wouldn't ever have the time to watch them at all before they vanished.
Tsk!  Tsk!
****
Well, I couldn't find a personal email address on Traci Bautista's website.  I saw that the other person who won her class off of facebook was trying to get ahold of her, too, by commenting on that winners blogpost.  I commented again and left my email address.  I haven't heard anything so far.  I'll let you know if and when I do.  Not sure what is going on there?
****
Meanwhile--I thought I'd share this video.  One person can make a difference in sweet, unexpected ways by doing something they love.

Video from KarmaTube
****
Wouldn't the world be such a better place if we could all share the love that's in our hearts?
****
Brought this music video to mind.

I remember how strange this little video was.  A lot of us John fans didn't care for Yoko and were, therefore, not fond of this odd video.  But then remember the Strawberry Fields and Penny Lane promotional videos?  Talk about strange--LOL!  Made me laugh.  Seemed so tongue in cheek, to me.
They were what I remembered as the first "music videos" before MTV made them a given for new song releases.  They look so odd and old fashioned now, don't they?  Memories.
****
Anyways, may be a lot behind us, but there's a new week ahead of us--LOL!
****
The moon was out before the sun set last night.  Lovely! 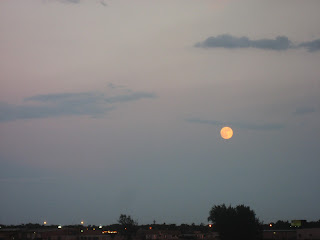 I'll be humming Beatles tunes today.  ;)
****
"We do not believe in ourselves until someone reveals that deep inside us something is valuable, worth listening to, worthy of our trust, sacred to our touch."
e.e. cummings
Posted by Rita at 1:01 PM