Was nice out yesterday. Not much wind--so I was actually warm and felt overdressed by the time I got home with my Crop-A-Dile 2. 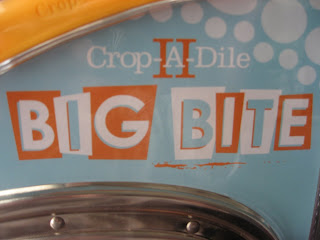 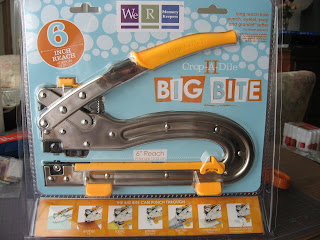 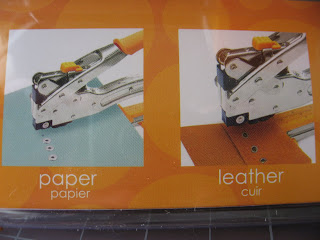 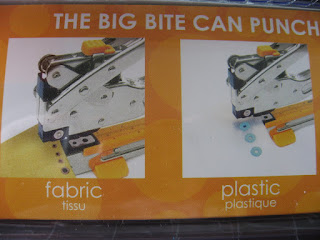 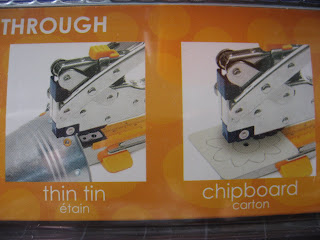 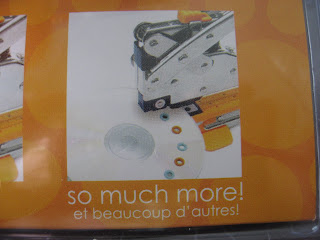 Yes--that is a CD/DVD in that last picture! Big promises. Let's hope Leah and I are a couple of people who can actually figure out how to use this contraption--hehe! The people who loved it were crazy about it.
****
The rest of the afternoon I spent using the SpotBot. Here's a picture before I started yesterday. This was after trying Basic H, the carpet cleaner that came with the machine, Woolite spray on foam carpet cleaner, and lemon juice. 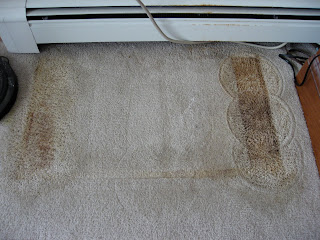 The next thing I tried was Shaklee's version of Lysol--Basic G.
****
Karma was both intrigued and a bit frightened by the SpotBot. (When Leah was using it before, Karma hid under the bed--so she had never seen it in action.) 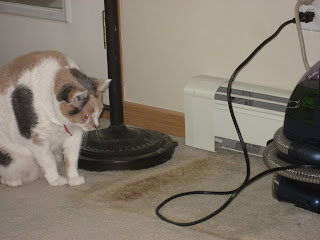 It stops and starts and sprays and scrubs... 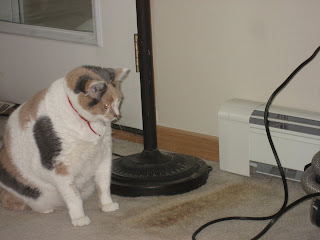 ...a lot of solitary activity for a new inanimate object that Karma has seen quietly sitting around for days. So she began to suspect other new objects... 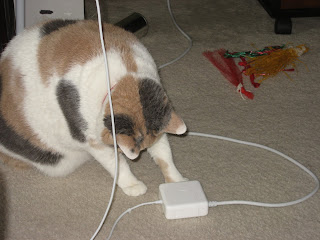 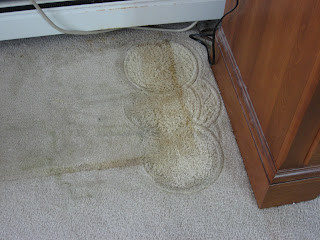 It turned out I didn't have much bleach left--so I need to get some more. But I think this will be the best solution to the problem--tada! I can see the light (carpet) at the end of the tunnel--hehe!
****
Once I stopped using the SpotBot--Karma went all crazy over it!!?? 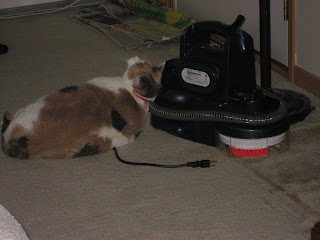 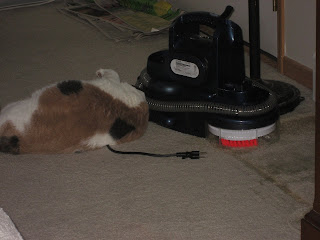 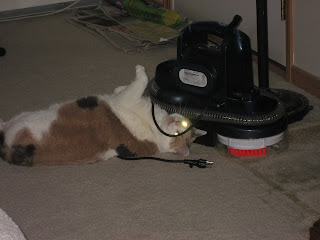 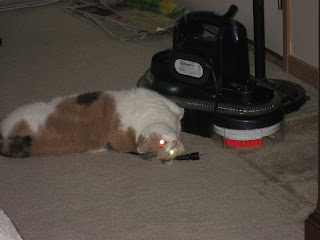 I don't think bleach smells anything like catnip--but then I don't have Karma's nose or understand her feline thought processes--ROFL! She rubbed the heck out of that SpotBot, tho--for her own private reasons. :)
****
Being out and about...I was in bed before 7pm. Been up since about 2am. Closer to normal hours still. Happy. :)
****
I watched a movie: Coco Before Chanel.
Audrey Tautou stars as legendary French designer Gabrielle "Coco" Chanel in this lively biopic that explores the fashion icon's storied ascension from orphan to seamstress and cabaret singer and ultimately, the queen of Parisian haute couture.Alessandro Nivola plays Arthur "Boy" Capel, Chanel's lover and influential business investor who makes a lifelong impact on the young woman. Anne Fontaine directs this Oscar nominee for Best Costume Design.
I knew nothing about Coco. The movie tells the story of her young adulthood and the path to her fame. Was both enlightening and entertaining. Audrey Tautou was wonderful in the part, of course. Coco really changed women's restrictive clothing and had a much broader impact than I ever realized.
****
Well, another weekend has arrived. We could have a little snow today, but supposed to be in the 20s still. Nice! I wonder what the weekend holds in store? :):)
Posted by Rita at 3:44 AM