This is the view coming off the elevator to get the mail in the lobby. The artificial trees are from the other building. They moved them over to our building because people were messing with them, I guess. 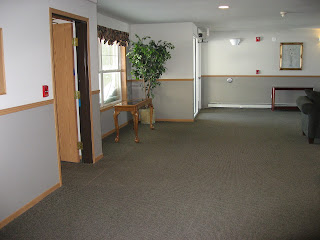 Used to have artificial plants on the tables, but they've all been stolen. Have the one large picture left on the wall by the front door. Most of the pictures have been stolen. We had four chairs that sat around a huge glass-topped coffee table when I moved in here four years ago. The glass was broken twice, so they had to remove the coffee table. The back of one of the chairs was broken--so that was removed, too. 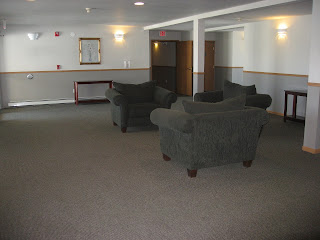 Here's the other tree with all the shrubbery basically in tact. And the mail boxes... 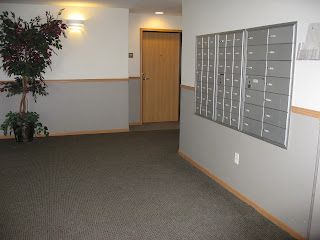 ...next to the elevator door. 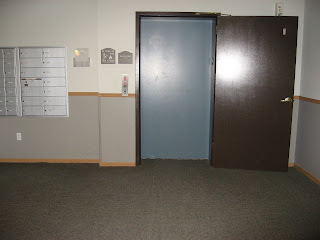 I thought it looked bare in our lobby--because I had seen how it used to look, I suppose. But I heard that the lobby in the other building now has nothing in it whatsoever. Somebody stole every single piece of furniture, picture, plant--all gone--completely bare. Must have just taken it with them when they moved out.
I just don't understand people sometimes.
Posted by Rita at 11:25 AM