Another dark, rainy day--good for snoozing. 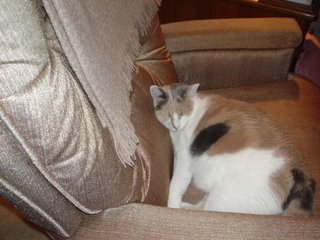 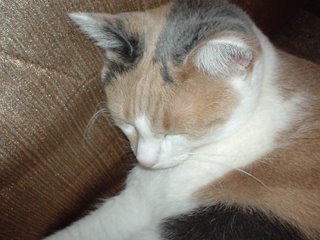 Had my CashWise order arrive this afternoon! I have added whole wheat and dairy back in and am going to see how I feel--if I feel any differently. Looking forward to deli sandwiches!!! 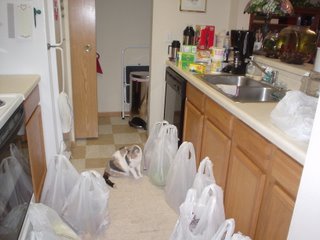 The window screens lit up like a million diamonds were scattered upon them when the automatic garage lights activated tonight. Droplets of rain clinging, sliding, and fascinating Karma.

I watched a wonderful little movie today called The Girl In The Cafe:

A May-December romance blooms -- not without roadblocks -- in this Emmy winner for Best Made-for-TV Movie. Not long after meeting Gina (Kelly Macdonald in an Emmy-winning role) in a café, lonely civil servant Lawrence (Bill Nighy) asks her to accompany him to the G8 Summit in Iceland. The shy outsiders hit it off, but their attraction to each other is tested when Gina's personal convictions contradict Lawrence's professional duties.

The actual romance is charming (they are both so shy), but the underlying thrust of the movie was about global poverty and starvation. Touched my heart!! It doesn't have all the bows tied at the end, but I loved it! It is not the usual hollywood type format, at all and the acting was excellent! I can see why it won.

I finished the second half of Empire Falls yesterday:

Richard Russo's Pulitzer Prize-winning novel was adapted into this HBO miniseries featuring a star-studded cast. Within the borders of a tiny Maine town, modest restaurant manager Miles Roby (Ed Harris) goes through the motions as he attempts to keep his Empire Grill afloat while dealing with an abrasive boss (Joanne Woodward), a wife (Helen Hunt) who ran out on him, a nosy father (Paul Newman) and a teenage daughter (Danielle Panabaker).

I loved the book and the movie was great! Look at who was in it! Excellent adaptation!

The recently widowed Mr. Brown (Colin Firth) and his domineering aunt (Angela Lansbury) can't seem to control the numerous and naughty Brown children -- until Nanny McPhee (Emma Thompson) comes to stay. Now, with the help of some magic and a little old-fashioned discipline, their household runs like clockwork. This film's plot and title character are based on the popular Nurse Matilda books by British author Christianna Brand.

The film was charming and better than I expected, actually. There was a fairytale look to the movie--lots of bright colors and larger than life characters. And it had the traditional happy ending I expected and enjoyed. Was cute!

I am off to have a sandwich!!