Are you ready to go on a trip with us? hehe! Since this was the first venture Leah and I both took photos. The first place we were supposed to meet the realtor at was in Sabin, Minnesota--south of Moorhead. The directions off of Google had a road that didn't exist--hehe! We got lost. Had to call the realtor twice. Finally arrived. That is her going in the door and Dagan coming up behind her. Both the places we looked at yesterday were empty. This one was right on the road and had a huge farmer's field behind it. 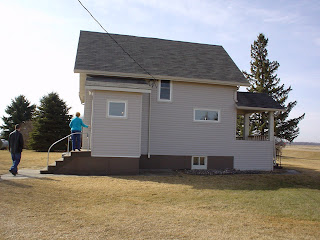 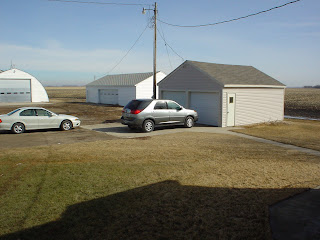 When you walked in they had the laundry in what looked like a former kitchen area. The home has been added on to and remodeled many times, I think. The last owners have tried to update it a lot. 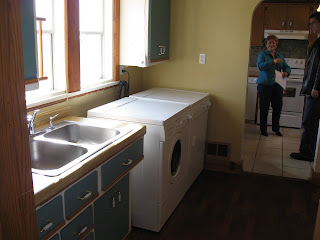 Then you walk into the kitchen. They did have all the appliances and the washer and dryer included. 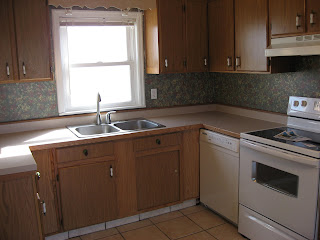 Leah was taking a picture of me from the kitchen... 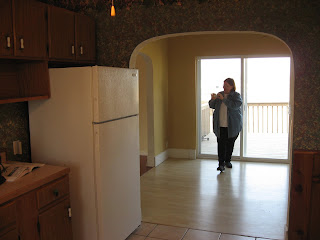 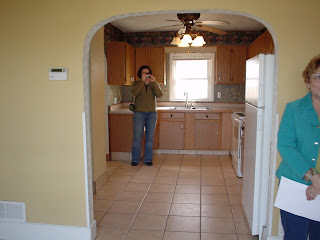 The pictures make the places look better than they do in real life--hehe! Noticed that already. You miss the little details like all the dead flies all over the floor everywhere. She said the flies were there from when they moved out last fall. 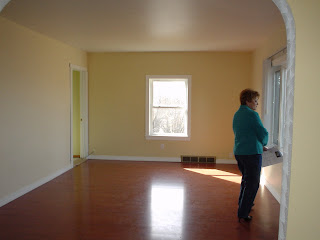 From where I was standing amoungst the fly bodies--this is a shot of the living room (and realtor--who didn't seem the least engaged in the tours, BTW..... 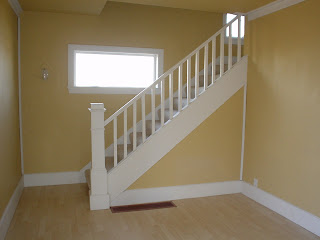 ...and this is a shot of the stairway to my left. Be very difficult to get furniture up there and around the sharp corner and down this narrow hallway. 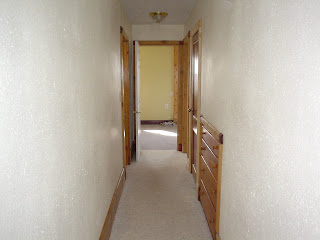 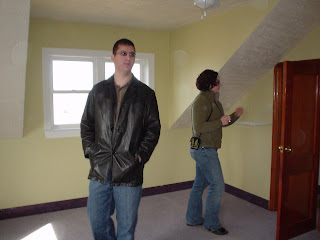 I think this might have been in the other upstairs bedroom--Dagan and I laughing. 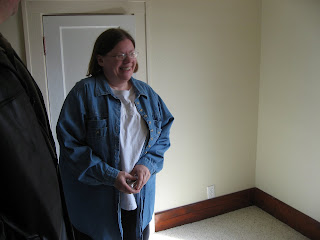 Then we discovered why the house had an old damp smell. Good thing you can't get smell-o-vision over the Internet...it gets worse! This was the old basement. The floor tiles were crumbling--had obviously been wet many times. 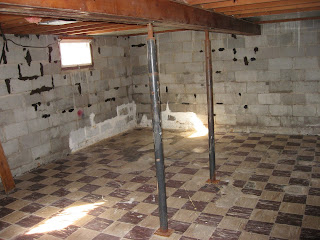 Then we made our way outside to the outbuildings. This is the inside of the small garge closest to the house. The smell of wet, rotting wood hit you as soon as you opened the door. Obviously the roof leaked--there was a puddle of water on the floor. 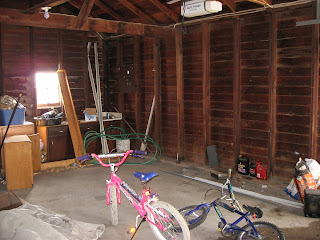 This is the inside of the bigger garage. Again--old and damp and dirty. But it was in better shape than what was advertised as a heated, insulated quonset... 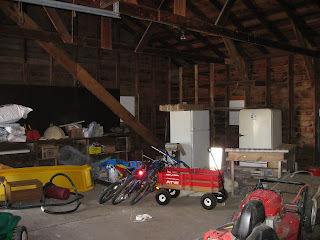 I get reactions from old dust, mold, mildew, etc--so I couldn't stay in any of the outbuildings buildings for long and would have a really hard time living in that house--despite all the surface fixing up that they had done. Couldn't hide the old and rotting parts. Definitely not worth that amount of money. 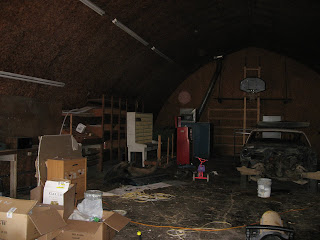 From Sabin--we drove to Hawley. That must have been about 30 minutes from Moorhead? Really about the maximum distance they want to be from work. This house was much smaller--built in 1900--3.84 acres--$119,900. Central AC. 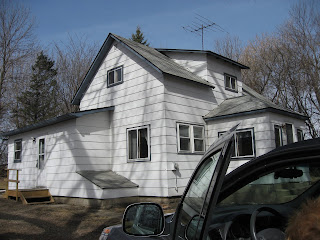 Two car garage. Lots of trees around on the property. 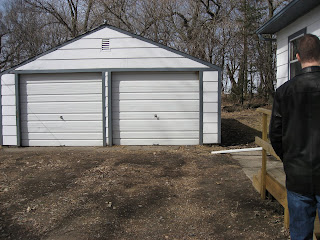 And an old barn. 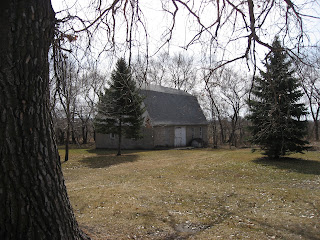 They had just done some remodeling in the kitchen, it said--had put in new counter tops. 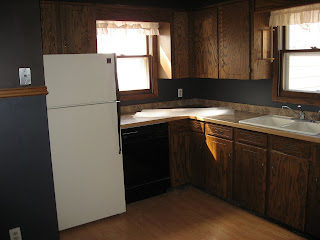 They had turned the downstairs bedroom into a laundry room. 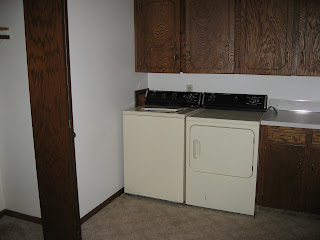 Had two very small bedrooms upstairs--one bathroom downstairs. You can see how small it was up there--Dagan is about 6 feet tall and would have to bend down to use the closet--hehe! 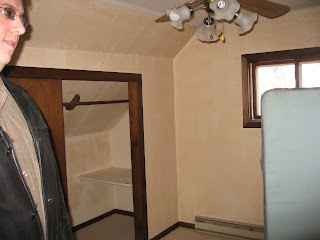 Very old farmhouse basement. Smelled old, musty--but not wet like the other one. Neither place was a keeper, but took you on the tour anyways. In the future, unless the place is one Dagan and Leah have fallen in love with, probably won't show so many pictures--but this was the first outing--so I went crazy--hehe! :)
It was a beautiful day--63 degrees and sunny! We stopped at Duane's House of Pizza on the way home. I was so exhausted that I actually fell asleep in my chair yesterday afternoon and woke up at 9 pm!! I had been up working on making cards the night before and hadn't gotten a lot of sleep. With CFS (chronic fatigue syndrome--part of my fibromyalgia) I just can't push myself much anymore--I will collapse--hehe! It was worth it, tho--such fun to be out and about and snooping at property on such a beautiful day.
It rained during the night and this morning. Still looks cloudy and dark, but it hasn't been raining for some time. Nice to be able to sleep with the window partially open! Must be around 60 again today. Beautiful! Early spring, but it always refrshing to have spring arrive. Wonder if it will snow again? :)
Posted by Rita at 3:52 PM