I am having a problem with Miss Gracie. She will not stay off of the bookcase. She poops all down the front of it and chews on the wood if she sneaks up there. First I removed the runner, thinking she was using that to climb up there--but she still flapped and jumped over. Then I stacked some things to keep her off--she still managed to get over to the bookcase! 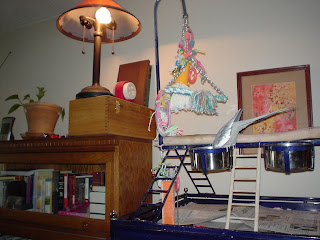 I had to turn her cage away from the bookcase for now (she is clipped)--until I can think of something else. I can't leave it like this--makes it difficult to reach her water dish on the one side. 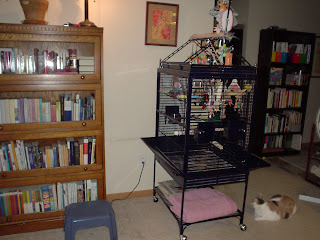