Been raining. The leaking has increased. Came home from shopping last night and the window sill was all wet and water was running down the wall again--on the right side now. 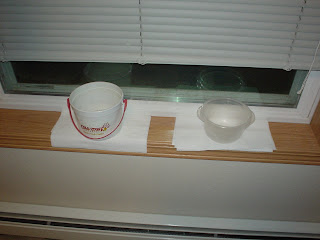