I finished cutting the strips of green paper we'll use to cut out the Christmas trees. Another step done-tada! 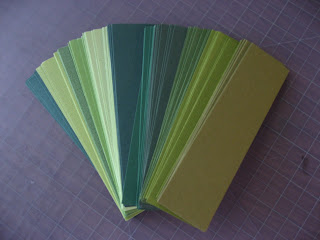 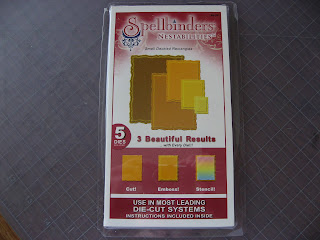 You can see why they call these sets Nestabilities--hehe! 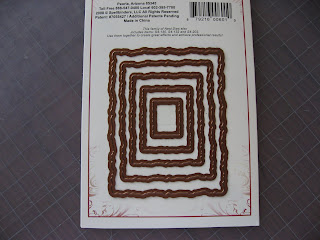 Funny how that small raised edge that won't cut your finger can cut such a clean edge on a piece of paper. 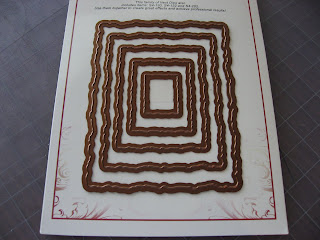 Oh--why did I take in the 10 gallon? I am planning on moving some gravel, the plants, and my few fish into it from the 30 gallon and then tearing down the 30 and removing it from my living room. Plan to put a bookcase there instead for crafts.
Not sure if I am going to get rid of the 30 or not yet. It might sit out in the garage for a while--alongside the big bird cage. :( Physically--it has just been difficult for me to keep them up like I should anymore. But since I do have the old 10 gallon...I can keep my few fish and it is easier for me to handle for cleaning, etc. The tank won't get all the sunlight in the bedroom that causes the perpetual algae growth, either.
The silver lining--we'll have some more room for craft supplies.

Karma slept while I watched movies the past couple days. 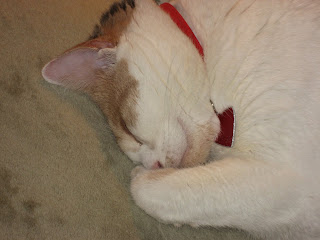 First of all--confession--I couldn't even finish watching Transformers: Revenge of The Fallen. That's a rarity for me--to actually just quit watching any movie. (Hey--I have a lot of forced inactive time on my hands, right?) Not that I probably shouldn't have been doing that more often--there are so many bad ones or yawners out there these days--hehe! The movie was probably very exciting to some people--but it was a yawner and head shaker for me. The mom who eats pot brownies--things like that, I just shake my head. Little or no plot and all special effects. I guess I wasn't in the mood.
I watched Orphan. Now I don't usually watch horror or slasher type movies movies.
Play Preview Picking up the pieces after their baby's tragic death, the Colemans -- Kate (Vera Farmiga) and John (Peter Sarsgaard) -- adopt 9-year-old Esther (Isabelle Fuhrman) from an orphanage, but it doesn't take long for Kate to see through Esther's angelic façade. When John brushes aside Kate's paranoid suspicions, Esther wreaks havoc on the world around her in this chilling tale from director Jaume Collet-Serra.
This one was listed as a thriller, I think, but ended up being half slasher movie--hehe! Okay, I guess. If you like those kinds of movies, it has a big creepy factor with a twist to it.
Dagan and Leah suggested I watch Gattaca (1997).
Play Preview With one eye on his lifelong dream of working in outer space, a genetically flawed but determined "In-Valid" (Ethan Hawke) hires a DNA broker (Tony Shalhoub) to help him obtain more desirable genetic material from a paralyzed man (Jude Law). In the process, he meets and falls in love with a beautiful "Valid" (Uma Thurman) with a heart defect. Screenwriter Andrew Niccol also directs this futuristic thriller in his feature-length debut.
I was glued to this movie. Talk about an interesting premise! And it was so fun to see so many actors who are more famous now. I really liked it.
Oh--the latest on the mystery of the slain dentist--this was really planned out! Neighbors saw a truck and flatbed take the silver Porsche away!!
I can certainly see why nobody called the police or anything. You just wouldn't ever think that anybody would be doing something so blatant and bold. And with the economy the way it is, you'd just assume the good dentist was selling his impractical car, you know? They had to have been there for some time because the place was torn apart. Makes you wonder what they were looking for and did they find it? Sure sounds like they might have known the dentist or they had been in his home--maybe some type of service people? Or he led a double-life nobody knew about? Something fishy or underhanded about the whole thing.
Well, I am sleeping my way around the clock again. My day just started at 2pm! So I need to get moving and see how the day is going to be. Later... :):)
Posted by Rita at 2:29 PM