Karma wondered what in the world was the matter with me! :):) 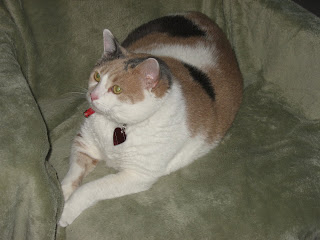 I discovered an email right after I finished blogging yesterday. I couldn't believe what I was reading! I read it again...and again. Tears. Laughter. Puffs. I've been kind of floaty ever since!
Well--here's what I read:
Dear Rita,

It gives me the greatest pleasure to inform you that your entry, "Baby Girl", has won First Prize of $2,000 in the 2009 Tom Howard Poetry Contest.

Please accept my heartiest congratulations on your splendid achievement.

From around 1,800 entries received, the judges, after much effort on their part, finally ended up with a Short List of twenty-eight entries and twenty names. (One contestant had three entries on the Final Short List).